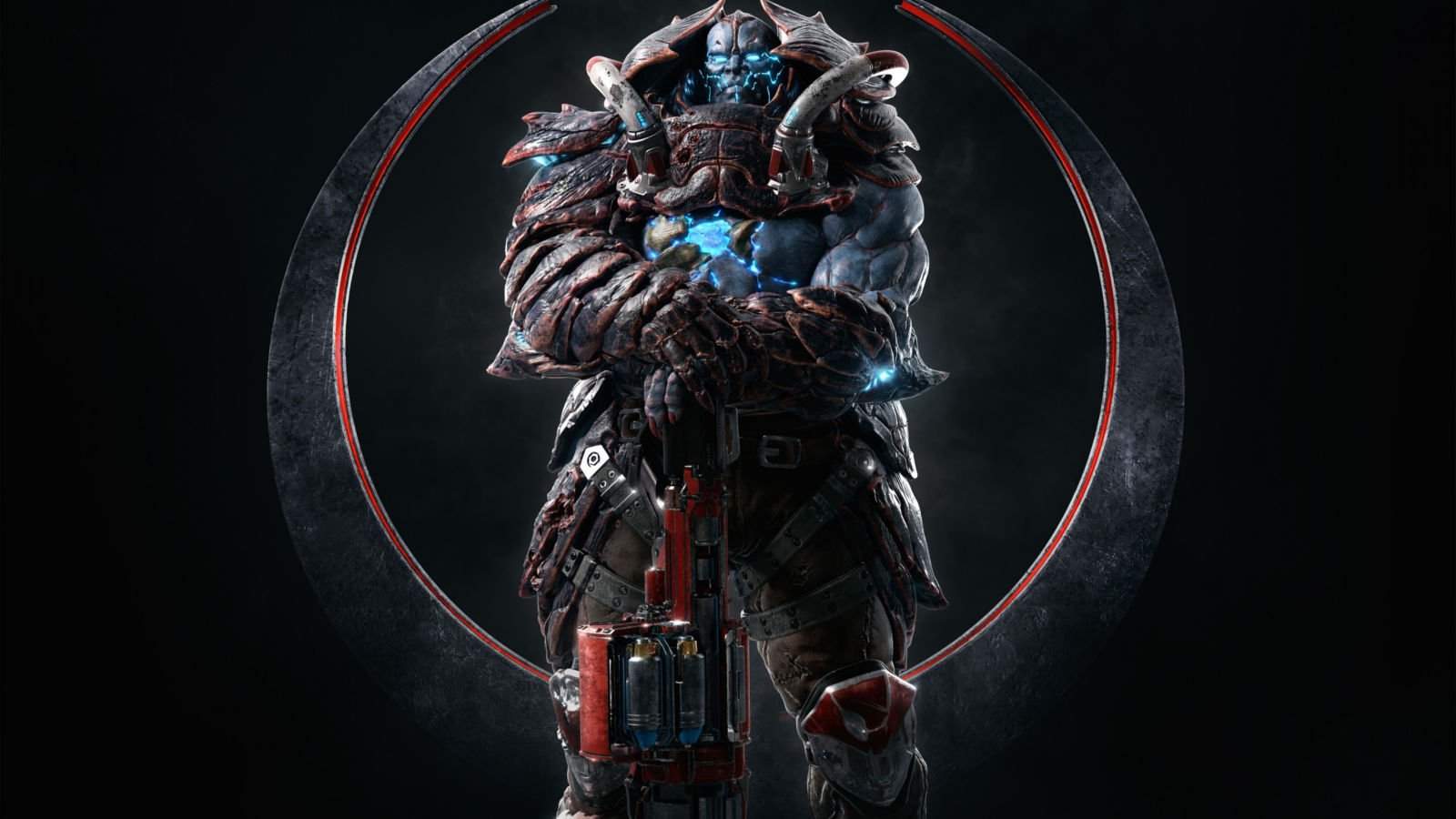 Bethesda Softworks and id Software are at it again with Quake Champions. This time, the companies revealed the tank-like brute of a character, Scalebearer. This is pretty much the polar opposite of the last character they revealed, Nyx.

Bethesda explains that “[the] warlord of the marauding Greiss plundered the technology of countless worlds to strengthen his armies”. Sounds pretty badass to me! However, it seems as if the Greiss were defeated by a “reclusive, phase-shifting race”, which led to Scalebearer’s exile. Sounds familiar, does it not? I would say that the phase-shifters mentioned could be some of Nyx’s people, no? I digress. 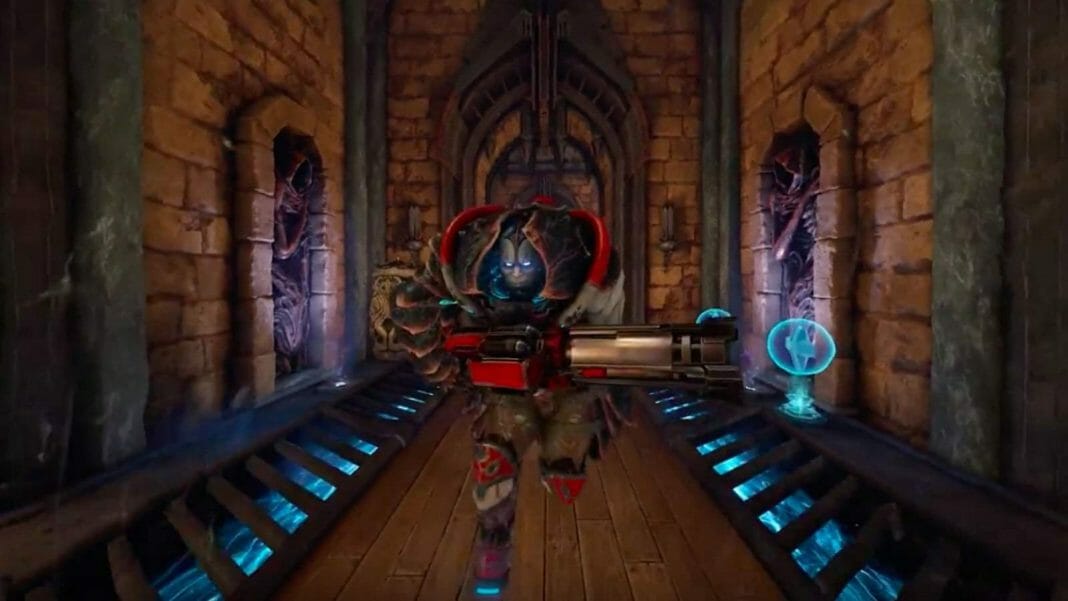 Apparently Scalebearer is obsessed with vengeance, which is why he went in search of and found an ancient power source. This ancient power consumed him, and made him vanish… but now he is back!

Scalebearer’s starting statistics are still up for debate, but thanks to the trailer we know what his two abilities are. Bull Rush, Scalebearer’s active ability, will let him charge head-on at foes, clobbering them with full-force attacks. His passive ability, Heavyweight, allows him to use his extra weight to crush his enemies. A well-timed rocket jump can lead to a crushing landing, killing any foe beneath his feet.

The game releases on PC later this year. Quake Champions will feature a free-to-play model where you can rent champions with in-game currency.