Looking past Diesel’s burly build, gruff voice and well known action hero status, lies an avid video gamer who owns his own video game development studio known as Tigon Studios. He is also a big fan of the popular game “Dungeons and Dragons” and he recently landed the role of Groot in Marvel’s upcoming adaptation of Guardians of the Galaxy. Naturally, Vin Diesel is an obvious pick for a Vamers Venator.

Born Mark Vincent to an astrologer known as Delora Sherleen Vincent (formally Sinclair), Diesel never knew his biological father. Rather, he was brought up by his stepfather, Irving H. Vincent, who was an acting instructor and theater manager – a profession that greatly influenced Diesel’s adoration for film and theater. 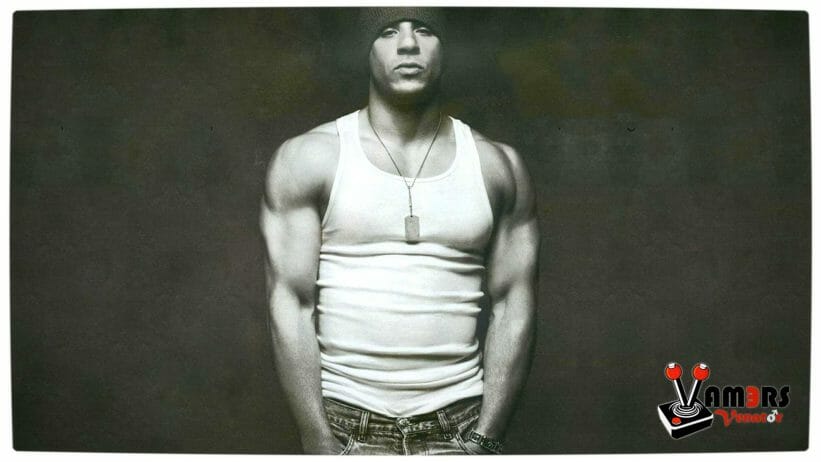 “I act because it’s the one time I’m sure of my identity. There’s no doubt. It’s on paper.”

In 1995 Diesel, a college dropout, produced his very first film called Multi-facial, which was screened at Cannes of that year. He later produced the film Strays which screened at Sundance. His films caught the attention of Steven Spielberg who went on to cast the unknown actor in Saving Private Ryan – a role that changed Diesel’s life.

Diesel’s career defining moment came in the guise of starring as the intergalactic criminal Riddick in The Chronicles of Riddick. Shortly thereafter he lent his voice to the animated film The Iron Giant, which made men and women the world over fall in-love with his gravelly voice. Diesel then went on to star in The Fast and the Furious as hot headed Dom Torreto and, as the adage goes, the rest is history.

Vin Diesel (born Mark Vincent on 18 July 1967) is an American actor, producer, director, and screenwriter. He is best known for his portrayals of Riddick in The Chronicles of Riddick franchise and as Dominic Toretto in The Fast and the Furious film series. He acted in theater at a young age, but it was his part in Saving Private Ryan that gave him his ‘big break’. Diesel’s voice acting work includes Brad Bird’s The Iron Giant and a number of games under the Riddick franchise. Diesel has directed, written and produced many films, such as Strays and Awakenings. He is the founder of the production companies One Race Films, Racetrack Records, and Tigon Studios.