The overachieving and neurotic Annie Edison, from NBC’s sitcom Community, and the prim, prude and proper Trudy Campbell, from AMC’s drama Mad Men, could not be any more different. Yet each character shares the same wide blue eyed, silky brown haired and sultry voiced actress known as Alison Brie.

Born and raised in the Los Angeles suburb of South Pasadena, Brie showed an interest in acting from an early age and first worked as a clown before becoming an actress. Thankfully it was not long before her first career moment arrived in the guise of playing the role of The Wizard of Oz’ Toto in a community theatre production at the Jewish Community Center in Los Feliz.

Not long after, Brie attended the California Institute of the Arts where she attained a Bachelor of Fine Arts in acting and also became known for, according to Complex Girls, curious bouts of running around in the nude to entertain her roommates – no doubt a wondrous sight for sore eyes. 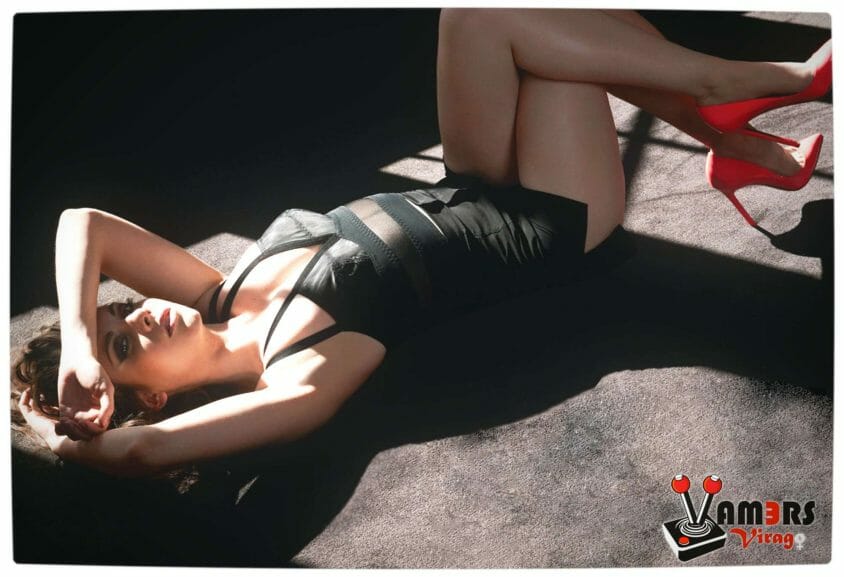 Although Alison Brie’s serious breakout role came in the form of Trudy Campbell on Mad Men, it is her role as the adorable and overly enthusiastic Annie Edison, on the excellently geeky sitcom Community, that has solidified the actress as a veritable geek icon and an absolute fanboy favourite.

Furthering her geek credibility even further, the gorgeous Brie admitted to Geek Exchange that she identifies with her female character on Community because not only did she once date a Dungeons and Dragons player in high school, but she used to also collect X-Men cards and comics. Apparently she did so in order to impress “comic book-collecting boys”.

Aside from entrapping geeks with her bodacious curves and vivacious personality, Brie is also a burgeoning film actress; having advanced from a small appearance in Scream 4 (2011) to a full supporting role in The Five-Year Engagement (2012) as well as lending her voice to Uni-Kitty in The Lego Movie (2014).

From her humble beginnings as a clown to successfully being ranked as having one of the most beautiful faces by “The Annual Independent Critics List of the 100 Most Beautiful Famous Faces From Around the World”, Alison Brie is a talented actress who is here to stay, and I thoroughly look forward to watching her grow from strength to strength.

Alison Brie Schermerhorn (born 29 December 1982) is an American actress who was born and raised in Hollywood, California. Her mother works for a non-profit child care agency whereas her father is a musician and freelance entertainment reporter. Brie began her acting career onstage at the Jewish Community Center in Southern California and later graduated from the California Institute of the Arts with a bachelor’s in theatre. She is most well known for her role as Annie Edison in the sitcom Community and as Trudy Campbell in the drama Mad Men, but has also starred in films such as Scream 4, The Five-year Engagement and The Lego Movie.