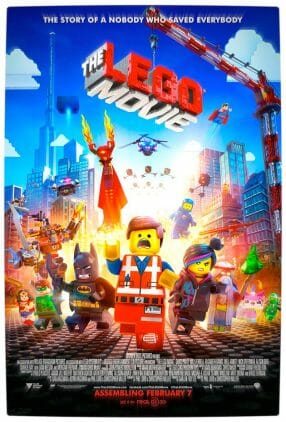 The world’s most creative and beloved toy is finally getting the big screen treatment in ‘The LEGO Movie’.

The film stars a host of well known actors (well over 20) with the main cast comprising of Chris Pratt (Parks and Recreation) as title character Emmet Brickowoski who adventures to ‘save the world’ with Elizabeth Banks’ (Hunger Games) character Wyldstyle and Will Arnett’s (Arrested Development) version of Batman. The film is being directed by Phil Lord (Cloudy with a Chance of Meatballs).

The film follows Emmet Brickowoski, an ordinary LEGO minifigure, who is mistakenly thought to be the extraordinary MasterBuilder. As such he is recruited by a secret organisation to join a quest to stop an evil LEGO tyrant (Will Ferrell) from gluing the universe together.

I am a big fan of LEGO and have been following the production of The LEGO Movie closely since hearing that it was in production. The latest full-length trailer offers a fantastic glimpse of what to expect from The LEGO Movie, which appears to be shaping up wonderfully.