With her trade mark doe eyes, full lips and earthy yet provocative approach to her acting roles, Rosario Dawson is an exotically stunning actress. Her unique look is no doubt a result of her surprising multi-ethnic background, which includes Afro-Cuban, Puerto Rican, Native American and Irish descent.

Born to destitute teenage parents and a child of divorce, Dawson’s childhood life had no silver spoon but it did have a silver lining. In 1995, at the tender age of 15, the brunette bombshell was discovered on her front porch by photographer Larry Clarke and screenwriter Harmony Korine, which led to her first acting role in the motion picture Kids (1995). The rest, as the adage goes, is history.

Having starred in over 50 films, Rosario Dawson is an accomplished actress. When not in front of the camera, however, Dawson enjoys playing video games and watching Star Trek. In fact, her avid passion for video games netted her a Gamer’s Choice “Breakthrough Performance” accolade at the 2006 Spike TV Video Game Awards for voicing Tina in Marc Eckõ’s Getting Up: Contents Under Fire. 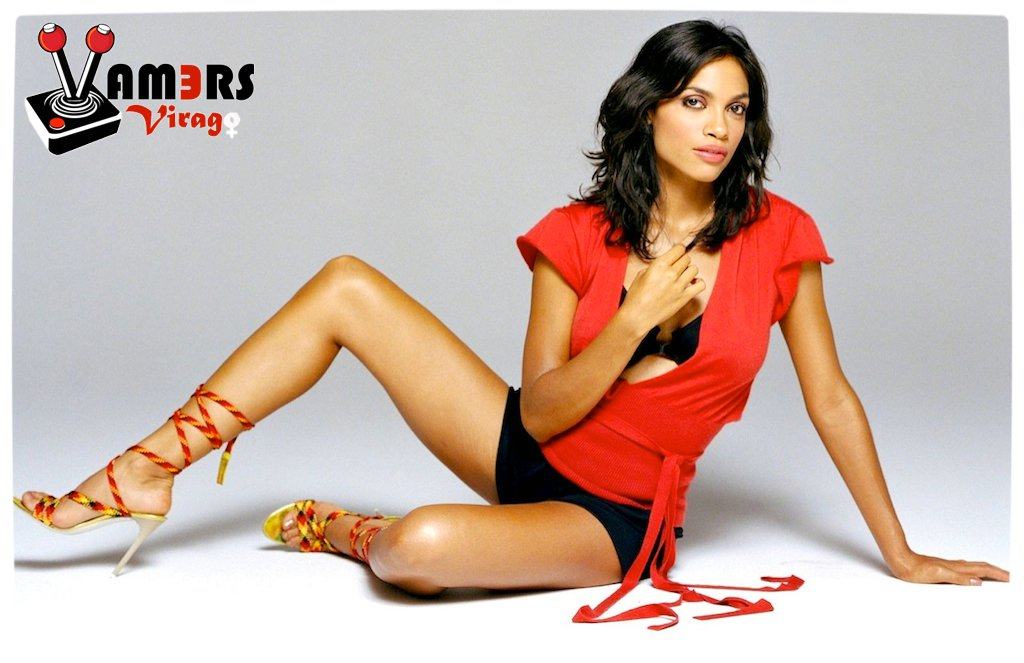 In addition to being a gamer, Rosario Dawson is quite the ardent geek. She has been known to attend Comic-Con, for example, in full masked costume so that she may attend the events panels without being bothered by her celebrity status. Enhancing her geek credibility even further is the fact that Dawson can speak some Klingon. I may not be a big fan of Star Trek, but if the lovely Miss Dawson had to utter “‘ay’vamDaq nuHmey tIQeq” I would comply without question.

Rosario Isabel Dawson (born on 9 May 1979) is an actor, singer and writer who has starred in many American television movies such as Men in Black II, Sin City, Eagle Eye, Rent, Seven Pounds and Unstoppable. Born in New Tork City, Rosario has a brother known as Clay, who is four years younger than her, and is the daughter of Isabel Celeste, a writer and singer, and Greg Dawson (non-biological father), a construction worker. Rosario is an avid environmentalist and charity worker who often supports Oxfam, Amnesty International, Global Cool and Save The Children, among many others.