From pizza delivery boy in Two Guys and a Girl, party planner as Van Wilder,  vampire slayer in Blade and finally to battling ‘fear’ as the Green Lantern, this month’s Vamers Venator has come a long way. With rippling washboard abs and a cheeky leading man smile that simply adds to his goofball sex appeal, the 6’2″ hunk of man candy that is Ryan Reynolds is a no-brainer for this month’s Vamers Venator.

Ryan Reynolds’ appearances in the comic book movie adaptations of Green Lantern, Wolverine and Blade Trinity have earned him a place on the mantelpiece of geek iconography.  Moviegoers were surprised (oh so pleasantly) at his metamorphosis from pretty boy to panty dropper, owing to his buff body he showed off in Blade Trinity. Honestly, I wouldn’t mind being staked (repeatedly) by that vampire hunter.

The raw sex appeal that this man oozes is almost palpable, something the makers of the Green Lantern movie should have exploited more. Hiding his variable talents behind Computer Generated Imagery (CGI) is nothing short of a crime though. I may be a fan of CGI in movies, but when the use of it comes between me and seeing my superheroes clad in body tight spandex outfits then I must wholeheartedly disapprove of its use. Spandex as every comic book fan knows, is essential in providing fan service to readers and watchers alike. The way the material hugs every curve, bump and bulge that each superhero possesses, whether male or female, is one of the guilty pleasures of being a geek (cue Brandon Routh in Superman Returns). 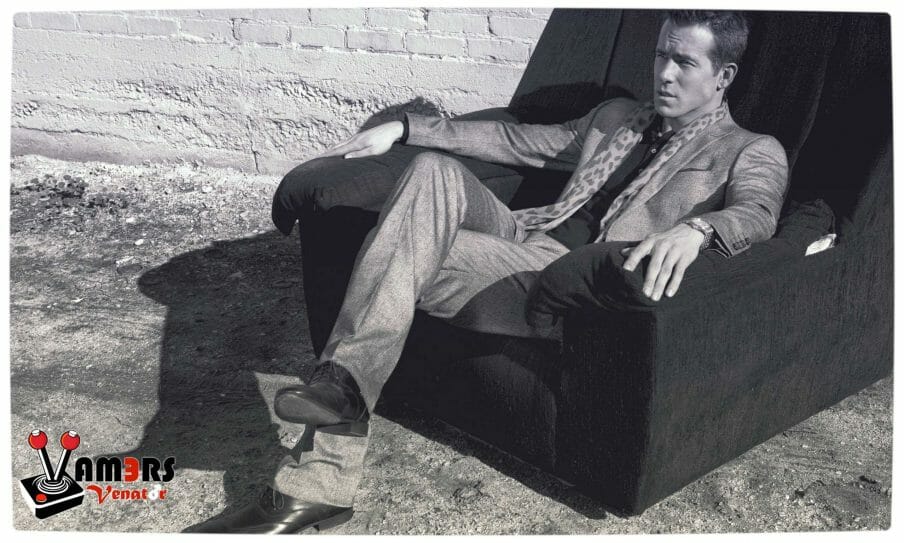 Ryan Reynolds is more often than not cast in the role of boy next door boyfriend material. He is the guy you are rooting for because he brings a sarcastic twist to the Prince Charming rhetoric in romantic comedies. Thankfully, in his appearance in The Proposal we are introduced to his other “cheeky” skills (admittedly the best nude male scene in a romantic comedy, ever). I think that scene was on repeat, and slow motion playback, about as much as Sharon Stone’s signature scene in Basic Instinct. Well, at least that is how I remember it.

Unfortunately, People’s Sexiest Man Alive (2010) recently got married to Blake Lively, star of Gossip Girl and his costar in Green Lantern, but this does not mean that he cannot still be the eye candy we need to make our movie going experience a little sweeter. With that said, I will be looking forward to seeing more of Ryan Reynolds (oh please let it be in the literal sense) in the planned for release Deadpool and The Flash movies.

Ryan Rodney Reynolds (born October 23 1976) is a Canadian film and television actor. He is of Irish ancestry and was raised as a Roman Catholic – a religion he now rejects. His mother and father both work in retail and he is the the youngest of four brothers. Reynold’s graduated from Kitsilano Secondary School in Vancouver in 1994 and later attended Kwantlen Polytechnic University before later dropping out. He is known for playing the roles of Michael Bergen on ABC’s sitcom Two Guys and a Girl, as well as Marvel Comics characters Hannibal King in Blade: Trinity (2004) and Wade Wilson/Deadpool in X-Men Origins: Wolverine (2009) and Deadpool (2016), as well as the DC Comics superhero Hal Jordan in Green Lantern (2011). He has also appeared in films such as National Lampoon’s Van Wilder, Just Friends, Definitely, Maybe, The Proposal, The Change-Up, and Safe House. Reynold’s recently married Gossip Girl star Blake Lively.