Fans of superheroes rejoice! M-Net Movies is hosting a gargantuan Superhero Film Festival, featuring the likes of Batman, Superman, Spiderman, X-Men, The Fantastic Four, Captain America, The Avengers… pretty much any hero with a feature film will be making an appearance.

M-Net Movies have pledged to air a superhero themed movie every night at 19:00 for the entire month of October 2013 on M-Net Movies Showcase (channel 108 on Dstv). The festival kicks off on Tuesday the 1st October with Tim Burton’s 1982 classic Batman, which is still, in my opinion, one of the best Batman movies ever made.

In addition to the superhero movie festival on M-Net Movies Showcase, reports from Metropolis’ Daily Planet have uncovered information about über secret hero meetings that will bring a myriad of spectacular superheroes off of the silver screen and into the backyards of residents of South Africa’s mother city, city of gold and surfers paradise. 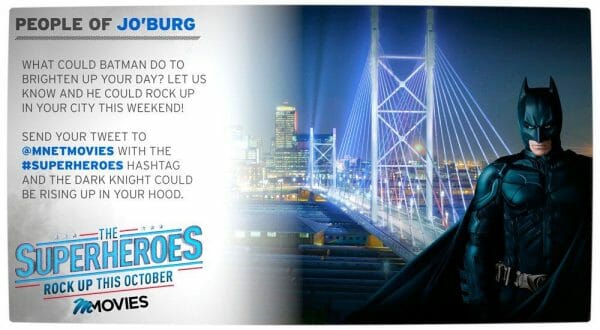 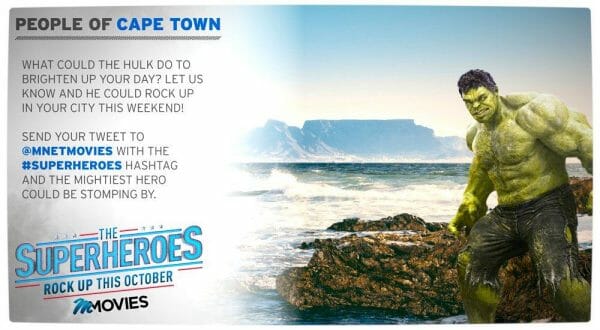 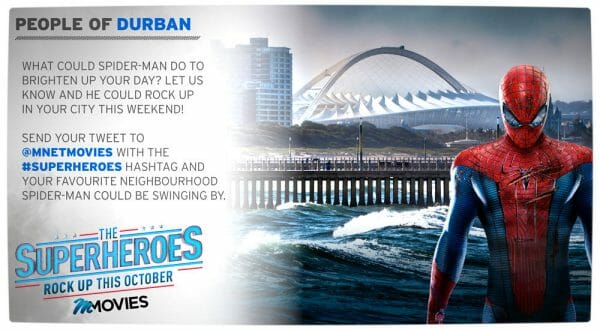 Batman, Superman, Spider-Man, Hulk and Cat Woman, among others, will be in Johannesburg, Cape Town and Durban this weekend to surprise and entertain local residents. To influence where and who the superheroes visit, simply hit the Twitter button below, fill in your request, and hit send.