Although not a self-proclaimed geek, Chris Evans scores himself a nod as the Vamers Venator for the month of March 2014 because of his tight, muscle hugging, superhero spandex credentials.

Having scorched our screens as the Human Torch and Captain America, this sexy, clothes-melting defender of the weak has burned himself into our hearts.

Hailing from the small town of Sudbury in Boston, Evans has always showed a passion for the arts. With the support of his artistic director mother and dentist father, and inspiration from his eldest sister, Evans eventually made the move to New York.

After working in television for a while, Evans’ breakout role came in the form of Jake Tyler in Not Another Teen Movie, which proved that whipped cream is more than just a dessert topping.

Even before bulking up for his role as Captain America, Evans turned up the heat with his torso talent in The Perfect Score where he acted side-by-side with his Avengers co-star, Scarlett Johansson. He followed up the teen film with various roles in successful independent movies. 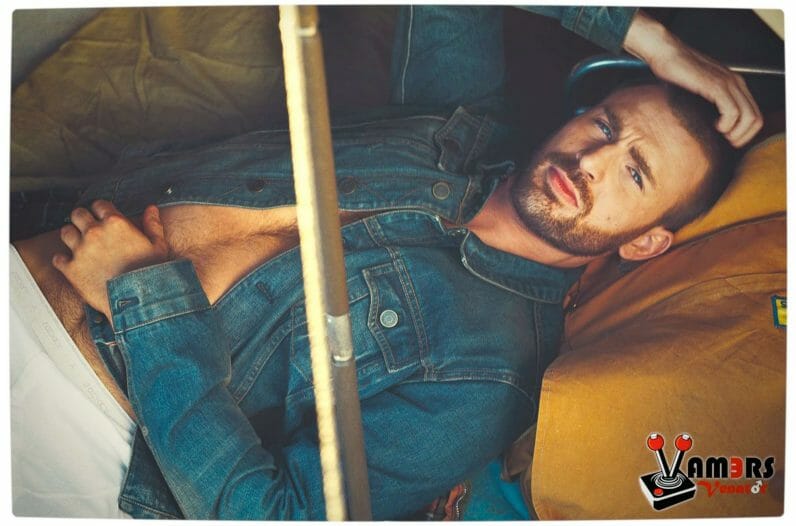 “I love acting. It’s my playground, it let’s me explore. But my happiness in this world – my level of peace – is never going to be dictated by acting”

Chris Evans has been ranked as the “Sexiest Actor Alive” twice in a row by Glamour magazine. Not a surprising result given how he has grown considerably more appealing with age since his impressive reveal in Not Another Teen Movie. After all, the man is noticeably difficult to forget thanks to his bristly auburn hair, penetrating deep blue eyes, and chiseled jawline and physique.

Evans good looks, coupled with his portrayal as the ever patriotic First Avenger, ensures that the stars and stripes hero continues to draw the crowds to his movie premieres.

Although passed over as People’s Sexiest Man Alive in 2011, Chris Evans’ significant assets have not gone unnoticed. He has blessed us with appearances on the covers of Men’s Health, Details, Prestige and GQ thanks to his preparations to embody Captain America.

From humble beginnings as an intern at a casting agency to epitomising Marvel’s most patriotic superhero, Chris Evans is an actor who continues to grow from strength to strength. I, for one, am looking very forward to seeing him don his suit again in Captain America: The Winter Soldier as he busts the big screen with his rippling muscles, perfectly placed bulges and fabulous vibranium shield.

Christopher Robert Evans (born 13 June 1981) is an American actor and film director who was born and raised in the town of Sudbury, Boston. His mother, Lisa Marie, is an artistic director at the Concord Youth Theatre whereas his father is a dentist. Evans has three siblings: two sisters and a brother. Evans’ breakout role was as Jake Tyler in Not Another Teen Movie and he is most well known for his portrayal of Johnny Storm (Human Torch) in Marvel’s Fantastic Four and as Steve Rogers in Marvel’s Captain America and The Avengers movies.