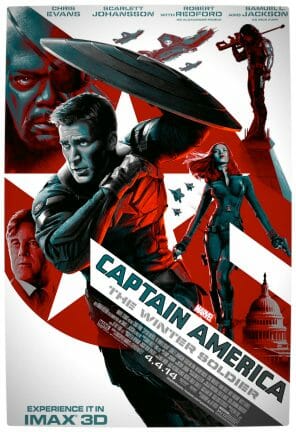 Marvel’s Captain America is back for another instalment of action, suspense and entertaining comic book mayhem in the sequel to Captain America: The First Avenger.

After being thawed out in Marvel’s Avengers: Assemble, Steve Rogers (Chris Evans) struggles to embrace his new role as an icon of the modern world, a matter which becomes even more complicated once he partners with Black Widow (Scarlett Johansson) and The Falcon (Anthony Mackie) to thwart a new threat from old history: the soviet agent known as the Winter Soldier (Sebastien Stan).