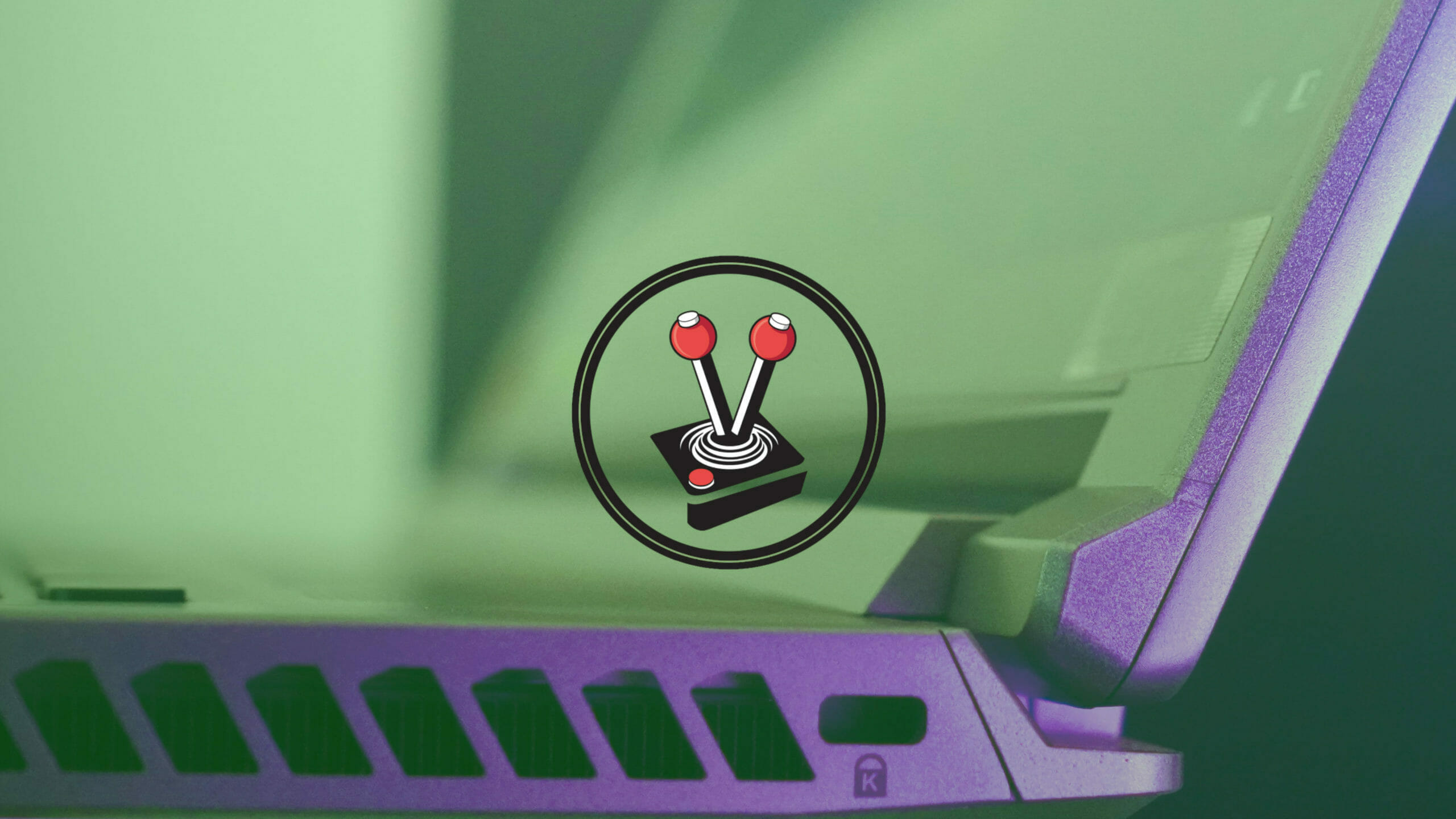 While “big and bulky” still paves the way for any gaming laptop worth its salt, some brands are attempting to make them sleeker and thinner with as few sacrifices as possible. These laptops continue to push the boundaries of what it means to be “gaming” laptops in the first place. Thicker bodies are replaced with ever-so-slightly thinner ones, and strong drop-proof bezels make way for bezel-less designs. Similarly, some long-standing features from other gaming laptops, like RGB logos and full keyboards, take a step back – all “in the name of style”. It goes without saying, the Acer Predator Triton 500 SE delivers on all those expectations and then some.

When it comes to style, gaming laptops are usually not the sleekest of the bunch. Rather, they are big and bulky with blaring fans and all the RGB in the world. However, the aptly named “Style Edition” of Acer’s recent Triton 500 offers a pretty decent attempt at showing how style and performance can be matched.

The Acer Predator Triton 500 SE – a mouthful though it may be – comes with a massively redesigned chassis versus traditional Predator laptops. In a sense, it downplays the usual branding by doing away with the weird edgy designs and unnecessarily big panels. In essence, the only way of knowing this laptop falls under the Predator umbrella comes by way of the silver logo in the outside corner and the Predator logo on the bottom of the screen. In a way, it shares a design with the Predator Triton 300 SE, where the only notable difference comes from its screen.

The laptop features a banger of a 16-inch display, which, at first, may sound like a strange design decision. However, thanks to the overall design of the screen and lack of big bezels, it feels like a 15-inch at worst. The screen features a semi-standard 16:10 aspect ratio as well. One of the biggest drawbacks of Acer laptops is that their laptops can never come in single configurations. As such, it must be mentioned how the Acer Predator Triton 500 SE has many variations, of which there are a few display options. Users can expect to see either a mini-LED model or a Polarback mini-LED variant with better colour saturation than organic LED and a massive 240Hz refresh rate. It also features a 30 millisecond response time and covers 100% of the DCI-P3 colour gamut. Needless to say, It is also one of the first gaming laptops to move away from standard LED backlighting. The model on-hand, however, is the mini-LED model only, with a smooth 165Hz screen and 100% coverage in the sRGB space. All models feature a standard resolution of 2560 x 1600p.

Regardless of which display model users get, all of them are integrated with Nvidia G-Sync, which is Nvidia’s proprietary adaptive sync technology. While this has an inherent hit on battery life, it ensures games are always silky smooth, regardless of which frame rate they are exhibiting.

It may not seem like it, but the Acer Predator Triton 500 SE is a thin machine. It practically looks like Acer’s more conservative Aspire series! Unlike the company’s mid-range options, however, owners of the Triton 500 SE can expect sturdy and quality designs. The laptop comes in at around 2.5 Kg, and has a whole lot of hard plastic and aluminium bits and bobs prevailing over its chassis. Acer says it features a “spartan-style” design and, while I have no idea what that means, it is beautiful with its smooth and reflective gun-metal surfaces and many paper-thin grills.

The thin grills are not the only holes, however. Where it matters, the Acer Predator Triton 500 SE boasts massive vents. These vents showcase the metal wafers actively keeping the internals cool. Other than that, the laptop features a standard hinged design. The easel weirdness and 360-spinny business are nowhere to be found here. Similarly, its keyboard is also of a very standard affair with strong, yet pliable, mechanical butterfly switches, which are easy to press. The RGB backlighting for the keyboard is a gamer’s standard, all-out RGB affair. As great as it all is, perhaps the biggest problem with the Acer Predator Triton 500 stems from the laptop’s weird speaker placement: they are installed on the bottom of the laptop and are downward-facing, to boot. Unless it is used with a 3.5mm connection (when the included DTS:X or optional Windows Sonic for headphones kick in), it sounds atrocious.

On the side, users can expect an excellent amount of ports. These include two USB-C (Thunderbolt 4) ports, two USB-A ports, a 3.5mm headphone jack, an SD card slot and an ethernet port; as well as an HDMI 2.1 port. Unlike recent Acer laptops we have had for review, the Triton 500 SE cannot draw enough power from USB-C to keep its internal from dying. As such, it features a proprietary barrel plug on the left side of the machine.

Power draw has always been quite high in gaming laptops and the Acer Predator Triton 500 SE is no exception. It features a hefty 11th-generation Intel i7, as well as a meaty Nvidia RTX 3060. Other Triton 500 SE options include Intel i9 and RTX 3070, or RTX 3080s. While Acer seems to work with Nvidia exclusively, I would love to see some of AMD’s flagship graphics chips make their way into these bad boys. Guaranteed it would not need that bulky power cable if this were the case. Alas, a man can only dream.

Excellent performance is also an absolute given. Users can enjoy any video game currently out at full draw and the laptop will hardly break a sweat. Forza Horizon 3, for instance, runs at full throttle; while Horizon: Zero Dawn both loads and renders flawlessly at Ultra. Both games hit that smooth 60 frames-per-second benchmark and the laptop does not even break a sweat. Similarly, PUBG: Battlegrounds and the notoriously CPU-heavy Guild Wars 2, run like a dream at Ultra (the exception being the population controls, which are set to Medium)! With that said, however, the Predator Triton 500 SE does become quite warm. Thankfully fan speeds can manually be set if the preset Acer settings are not up to snuff. In this sense, users only need to load up the included PredatorSense software where a tonne of toggles and switches can be set and changed. PredatorSense also controls RGB colour, which can be attuned to different profiles and running software. It is an easy-to-use program as well, which is a massive plus.

With all of the fancy internals, RGB backlighting, and G-Sync capabilities, it would come as no surprise that the laptop will need to be plugged in regularly. Acer claims the laptop can go for up to 12 hours under ideal conditions. Any gamer will easily scoff and tell you those are rookie numbers. Besides, gaming laptops are not meant to be used on the go; that is what Nintendo Switch is for!

Gaming laptops have always been hard-sells in my opinion. Their mobility is questionable at best, while they are primarily priced at a premium for the technological leaps companies have to take to build them in the first place. Occasionally some laptops come along and sway that opinion ever-so-slightly – the Acer Predator Triton 500 SE is one of those. It may be a gaming laptop, but it looks sleek and offers a thin profile. While heavy, it still only comes in at a fraction of the size and weight of a desktop setup while still offering all of the pleasures (if not more) of its desktop siblings. At the end of the day, a laptop purchase needs to be thoroughly thought through, and to some of us, sheer eye candy will swing the decision in its favour.