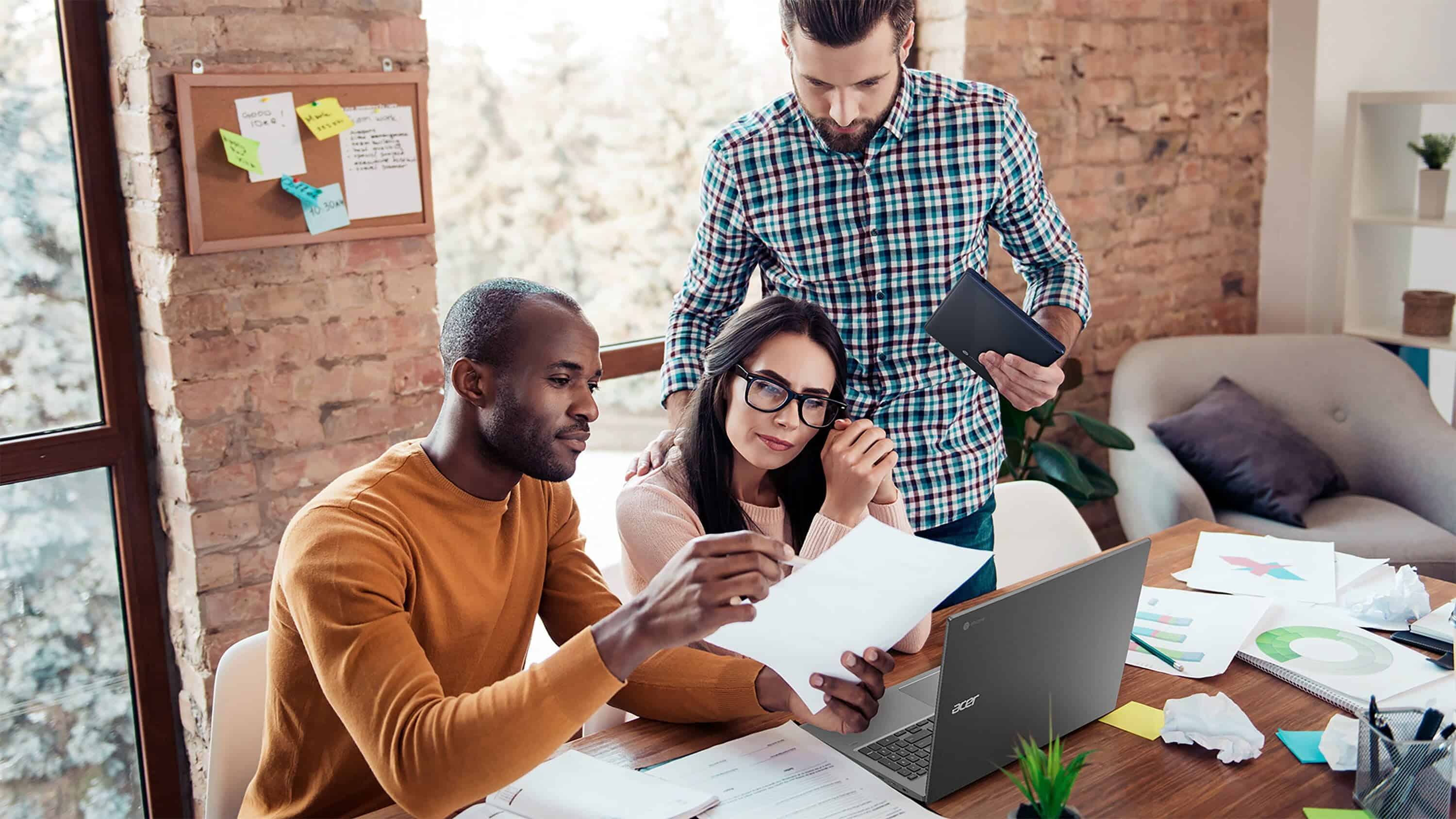 Among announcing a new product line for ‘creatives’ with ConceptD, a brand-new Predator gaming rig, and the addition of a refreshed Spin 3 lineup, Acer recently unveiled two new Enterprise-focused Acer Chromebooks. The new Acer Chromebook 714 and 715 stand apart from the usual education-oriented models with a brand-new design that appeals to professionals and businesses.

While visually different for 2019, it must be noted that the Acer Chromebook 714 and 715 still retain the same durability features that schools have come to rely on from the company’s current models. This includes drop resistance from up to four feet, thicker frames, and more. However, even with these durability enhancements, the new Chromebooks come with full high-definition IPS displays.

The Acer Chromebook 714 features a 14-inch display, while the 715 boasts 15.6 inches. Both screens also have optional touch-screen capability and Gorilla Glass touchpads. In addition to the display, both Chromebooks also integrate fingerprint readers, while the 715 incorporates a numerical keypad as well.

On the inside, the new Chromebooks come with Intel’s 8th generation Core i3 or Core i5 processors, depending on the model variant. They also boast up to 16 GB of Random Access Memory (RAM), and either 32 GB, 64 GB, or 128 GB of built-in solid-state storage. Acer claims that the Chromebooks will go up to 12 hours before either needs a charge.

On top of that, Acer also states that the Acer Chromebook 714 and 715 support dual-band WiFi, a pair of USB-C ports and an additional USB-C dock for external displays, keyboards and other input and output devices. This means that they not only look rather sleek and capable, but that they also offer state-of-the-art connectivity.

Acer says that the new Chromebooks are “certified Citrix Ready”, which means that they are compatible with Citrix apps and services. They will also reportedly “work well” with Google’s Chrome Enterprise cloud-based work environment platform as well… something that should only be natural for a Chromebook.

These Chromebooks will be priced a tiny bit differently compared to the education-focused models that Acer already offers. The Acer Chromebook 715 and 714 will available from September, with pricing starting at R7 999.