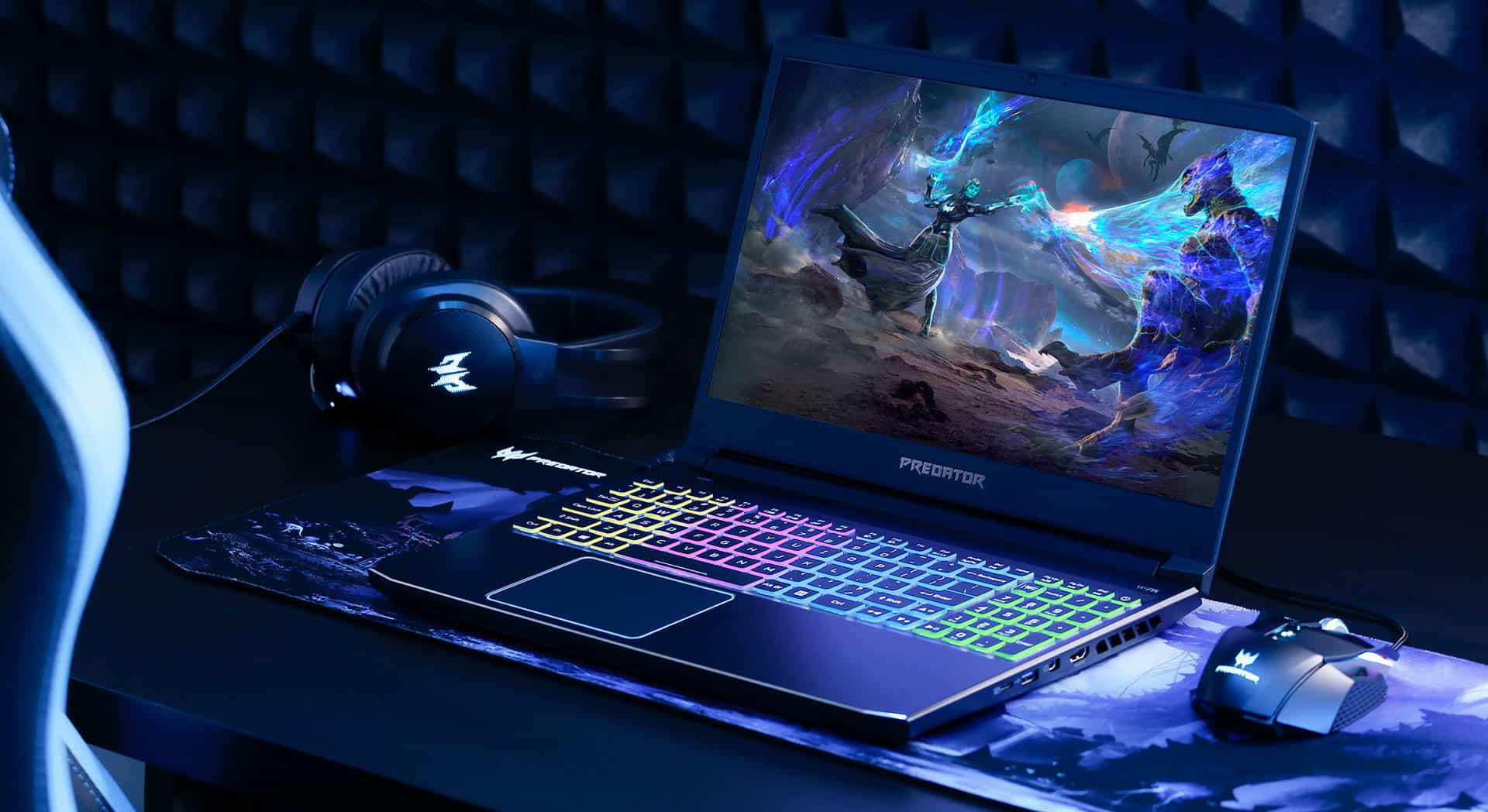 The 2019 [email protected] keynote had many surprises for gamers, professionals and general consumers alike. Gamers were a focus this time around, as Acer announced a number of improvements to the Nitro series, a new Predator gaming tower and specialised monitor, and more. However, no [email protected] keynote would be complete without news of an enthusiast gaming laptop. As such, those with deep wallets can expect two new major upgrades in the Predator Helios lineup going forward: The Predator Helios 700 and 300.

The Predator Helios 300 was one of Acer’s premium enthusiast gaming laptops. The Predator 700 is pretty much exactly that, and then some. In short, it looks much like an updated Predator Helios 300, but with a few key differences. One of these differences includes a unique new “HyperDrift” keyboard that slides forward. The HyperDrift keyboard can slide forward or back depending on how the owner of the Predator Helios 700 wants to play. This rather unconventional laptop design also allows Acer to work fancy new cooling technology into the body of the laptop. 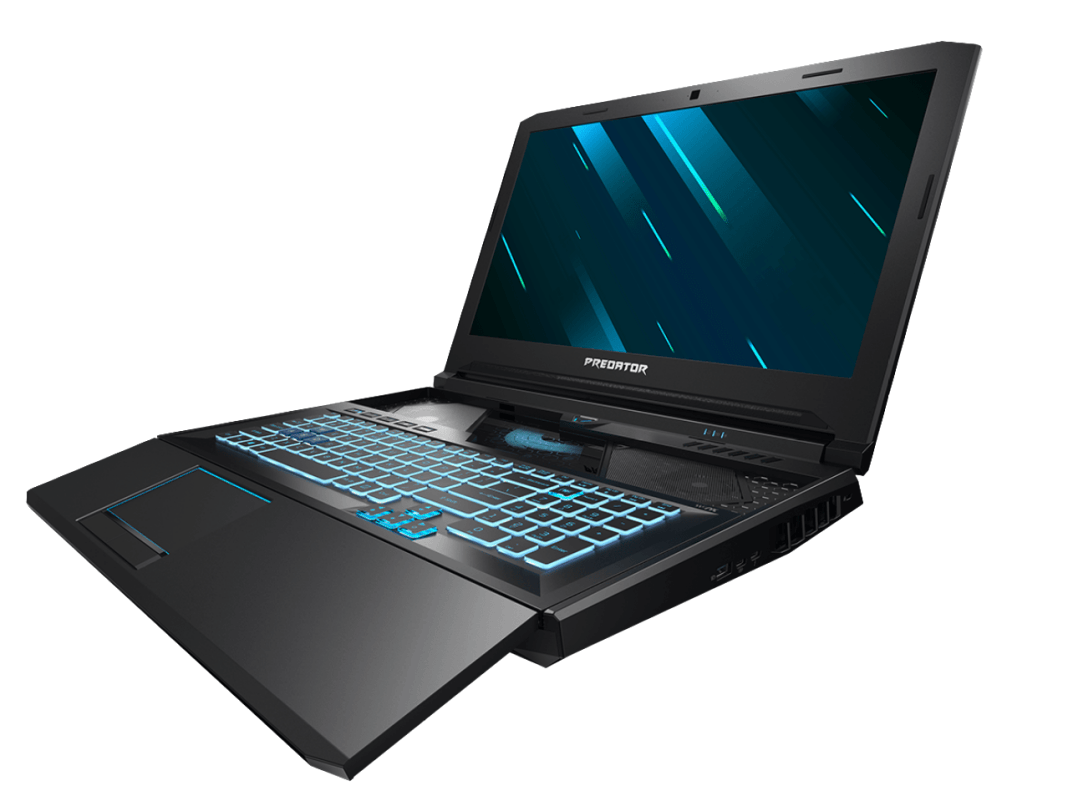 Acer states that the HyperDrift keyboard’s larger chassis requirement allows for two of Acer’s custom-engineered 4th Generation AeroBlade 3D fans, copper heat pipes, a vapour chamber, and Acer CoolBoost technology to be installed. Furthermore, when users slide the keyboard forward, two additional air intakes are uncovered above the keyboard and below the display – to get maximum cooling and “unleashed” overclocking. Users also get to see the cooling in action thanks to a glass panel that reveals the piping inside the laptop.

In addition to the HyperDrift keyboard, Acer also promises state-of-the-art specs for both the Predator Helios 700 and 300. The Predator 700, in particular, can feature up to Intel’s all-new 9th generation Intel Core i9 processor; an Nvidia GeForce RTX 2080 GPU, and up to 64 GB of DDR4 memory. It also features Killer DoubleShot Pro technologies that make use of the Killer Wi-Fi 6 AX 1650, and Killer Ethernet E3000. It also boasts a 17-inch 144Hz full-high-definition (FHD) display with 3ms of response time and Nvidia G-Sync technology. There are also five speakers inside the chassis of the Predator Helio 700. Did I mention it looks good for the power it boasts? It totally does. 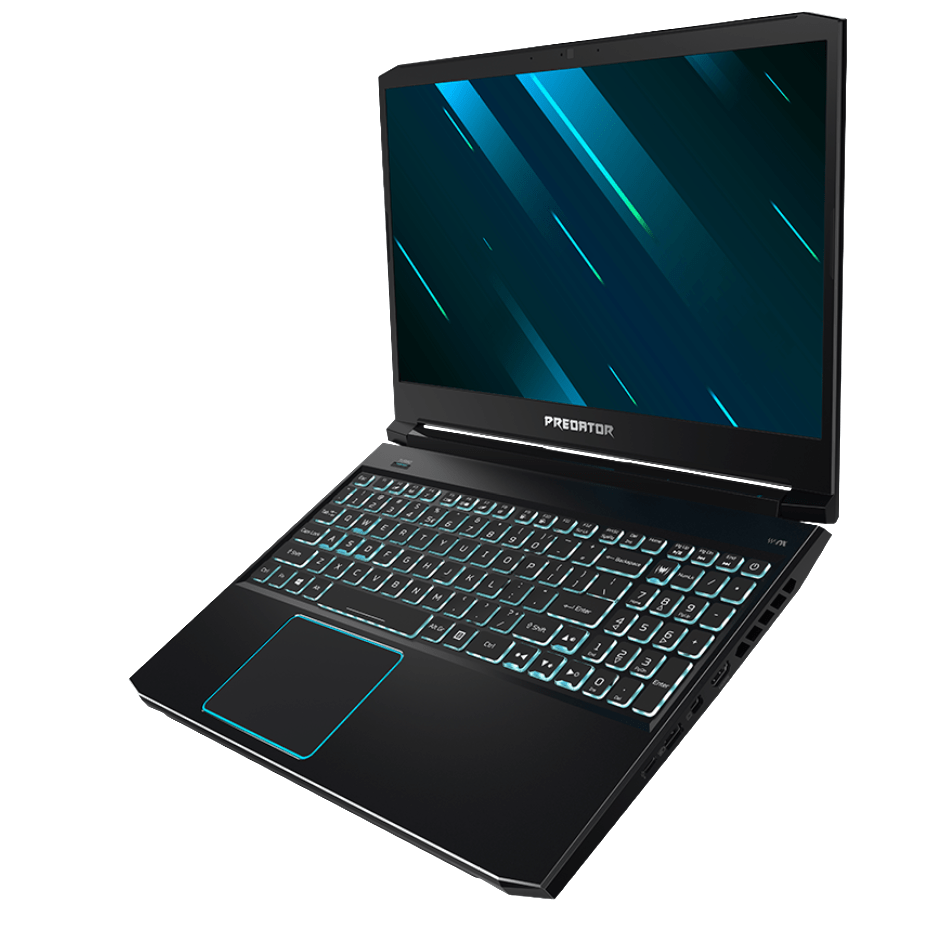 Beyond that, however, gaming enthusiasts can also expect to see an all-new Predator Helios 300. The two-year-old model finally got a much-needed upgrade and facelift. It features fancy new teal accents and an RGB-backlit keyboard. It also boasts a better screen-to-body ratio with narrow bezels that “significantly” decreases the weight and size of the laptop.

Both the Predator Helios 700 and 300 will be available in South Africa in September 2019. Pricing and availability will be revealed in due course.