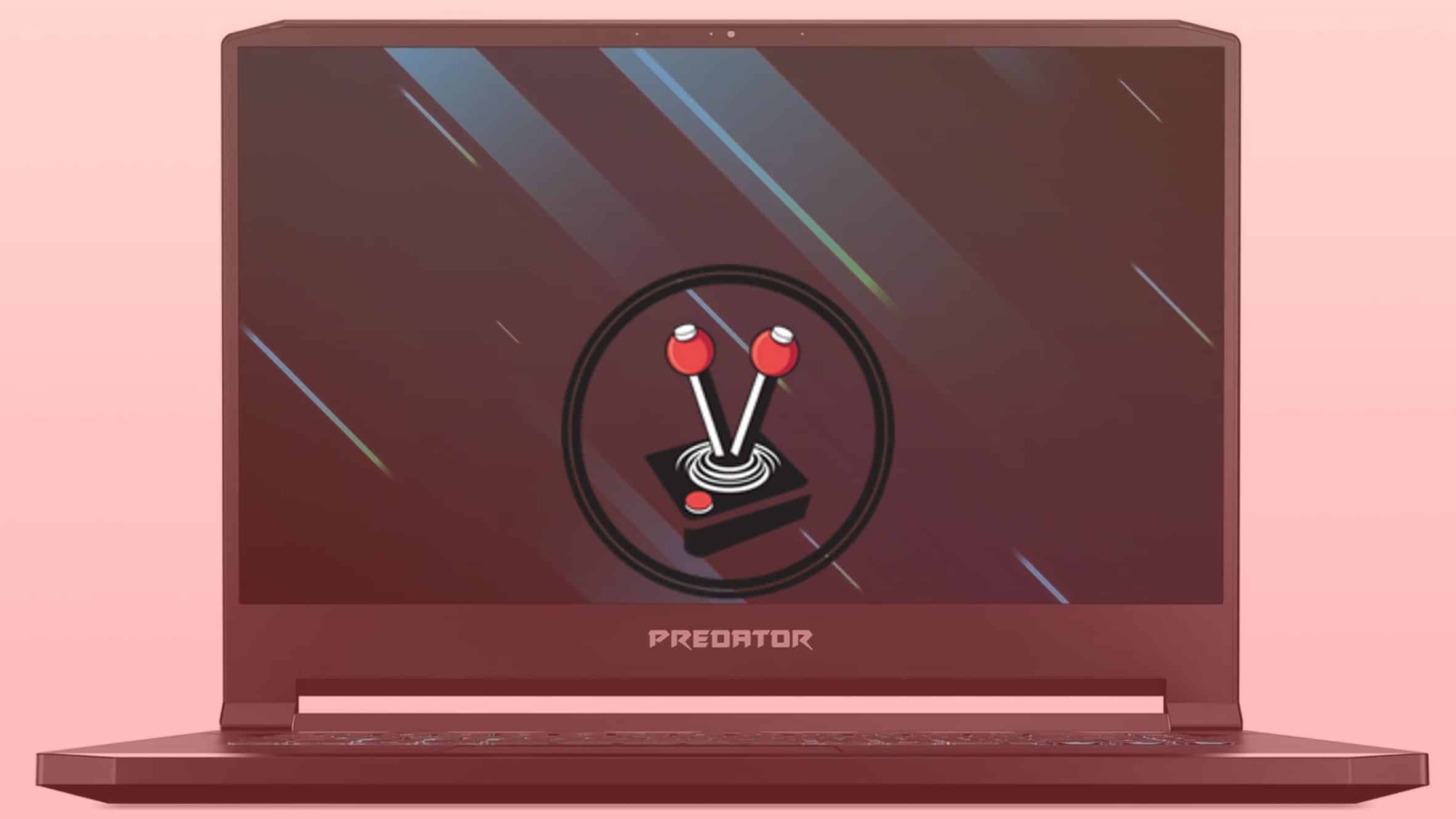 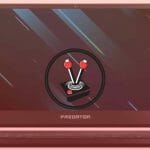 As technological processes improve, so do pricing and availability. As of now, however, getting a gaming laptop that comes with the latest Nvidia RTX Graphical Processing Units (GPUs) can be hard on any budget. Fortunately, thanks to a little bit of engineering know-how and a slight bias toward competitive pricing over build quality and support, the Acer Predator Triton 500 offers just that: an RTX enabled gaming laptop at a decent price.

On the outside, the Acer Predator Triton 500 boasts a 15.6-inch full high-definition (FHD), 144Hz screen with thin bezels on three of its four edges; an “HD camera” with multiple mic technology, and a tenkeyless keyboard with mechanical butterfly switches and RGB functionality. Our review unit’s full model number is the Predator Triton 500 PT515-51-70KO, and it slots right up there with the best of of the bunch. It is the high-end big brother to the Triton 300, and sit just below the “mid-tier” Triton 700.

While the mobile version of Nvidia’s newest cards are nowhere near as strong as the desktop variants, or even the stronger 2070 and 2080 models, the RTX 2060 MaxQ still packs a heck of a punch. I managed to play Metro Exodus (Ultra settings and with Ray Tracing enabled) at around 100FPS, while games such as PlayerUnknown’s Battlegrounds (PUBG) ran at max frames. Other games I played include Sea of Thieves, with a steady 100 frames or so; Rise of the Tomb Raider, at around 90 frames; and The Division 2, which ran at around 120-80fps depending on the situation. All games ran on autodetected settings with Nvidia GeForce Experience optimisations. Most of the time, games were maxed out. These are incredible results for what is effectively a laptop.

In terms of Input/Output (IO), the Acer Predator Triton 500 features Bluetooth 5.0 technology, a single Ethernet port with Killer Ethernet E3000 technology; dual-band Killer WiFi 1550 radio rated at the IEEE 802.11ac standard; three USB 3 Type-A connections, one HDMI port, a single Display port, and a USB 3 Type-C connection. It also has dedicated slots for a mic, a headset, and naturally, the power cable. The laptop also boasts a stereo speaker output, a fancy touchpad with precision technology, and a button that engaged the machine’s nitrous-oxide, so to speak (more on this below).

The Acer Predator Triton 500 is a sleek machine. One that looks quite conservative and stealthy compared to many other gaming laptops. It features an aluminium alloy cover and chassis that protects the top, base and bottom covers. The inside frame is a hard plastic meant to cut back on weight. Similarly, the keyboard, while technically mechanical, feels lightweight and floaty. Button presses are nice and clicky, but the very nature of the laptop’s sleek and slim build results in a very hot keyboard.

My biggest gripe about the laptop is that, after about an hour’s worth of playtime, the keyboard turns into a hotplate. The graphics card sits right below the WASD keys, which resulted in fingers becoming too hot for comfort after a while. Another problem I ran into, on numerous occasions, pertains to the keyboard’s function and media keys. In this case, they are not situated at the top, as with most keyboards or laptops. Rather, they are on the right-hand side of the keyboard. The smaller Return and Backspace keys resulted in me pressing the function keys every time I tried to type. A small gripe, but one nonetheless.

The screen is a beautiful Full HD display with In-Plane Switching (IPS) technology that ensures it remains bright and colour-accurate at all angles. It also boasts a 144Hz refresh rate, which is great for precision gaming. The screen itself has a matte finish meant to diffuse light and deter fingerprints. As someone who likes shiny screens, reflections be damned, this put me off a tiny bit. However, I do appreciate the fact that the matte finish is the preferred way to go for pretty much any type of monitor. It does, admittedly, look great at all angles.

While gaming performance is more than adequate for enthusiasts, the Acer Predator Triton 500 comes with a few pre-installed software suites that take full advantage of the Predator within the machine. The Killer Internet program helps you to prioritise network traffic that goes through the laptop. You can set up profiles for games, and make sure that some games give network leeway for online communication as well.

The PredatorSense app, on the other hand, is designed to control every little aspect of the laptop’s fans and RGB lighting. In particular, you can set the 4th generation aeroblade fans to whatever profile you wish. There are three default settings: Normal, which makes the fans spin up or down depending on the situation; Max, where the fans spin at max speed all the time; and Coolboost, a toggle at the top of the app where the fans spin faster than normal, but are still dictated by laptop performance.

The PredatorSense also allows you to change the RGB profile of the laptop’s keyboard; set up overclocking profiles on the laptop, and dictate how the CPU, GPU, and System temperatures affect the fan speed directly. On the machine, however, the Boost (nitrous-oxide) button will automatically overclock the graphics card, and make the fans spin faster than normal for when you want to get that extra five frames out of the game that you are playing. Turning that on only melts your fingertips faster, however.

In terms of productivity, the Acer Predator Triton 500 is a breeze. The laptop itself weighs next to nothing compared to what gaming laptops usually do, and its specced out internals allow for incredible multitasking. For reference, on day one, the laptop was busy with crucial Windows 10 updates and driver installations. I was downloading multiple games on the Vamers fibre, and I could play Metro Exodus while everything was happening in the background. Thus the the laptop has far more power than is needed for doing simple word-smithing.

As incredible as the internal hardware is, I must mention that the stereo speakers on the laptop are not great. While they sound good enough, and while gamers will typically be gaming with their preferred headsets, not including a decent sound system is a definite negative point. Music and videos sound alright, but you are better off using a headset – which will benefit from the included WavesNX virtualisation technology that is enabled whenever you plug a headset directly into the 3.5mm port. On this note, I must mention that WavesNX sounds incredible, and stands up to the likes of DolbyAtmos For Stereo Headphones.

All laptops need good battery lives, right? Well, maybe gaming laptops can get a free pass on this… maybe. The Acer Predator Triton 500 features a decent enough 5400 mAh battery that lasts around three to four hours when not gaming and with RGB off. When gaming, however, it hardly lasts an hour before it throws up battery warnings. Not great, but the hardware situation is not ideal for batteries anyway. I long for the days when that will be the case. Based on my experience with the laptop, however, using the battery is best served only in situations where you simply need to work while on the move. Gaming is a big no-no.

With that said, my overall experience with the Acer Predator Triton 500 was immensely fun. I am primarily a PC gamer, and having experienced hardware like this, in such a small form factor, felt liberating. However, the cost factor is what might catch some people off guard (this particular model comes just shy of R40 000). With that said, it remains a good price for the kind of hardware it boasts. Sure, for that same price you can get a much better desktop – an argument I was subjected to while I reviewed the laptop – but the fact remains that gaming laptops are meant to give you the ultimate mobile gaming (read: PC) experience. The Acer Predator Triton 500 does just that. It is hardcore gaming and mobility at a fairly decent price. You simply cannot beat that.