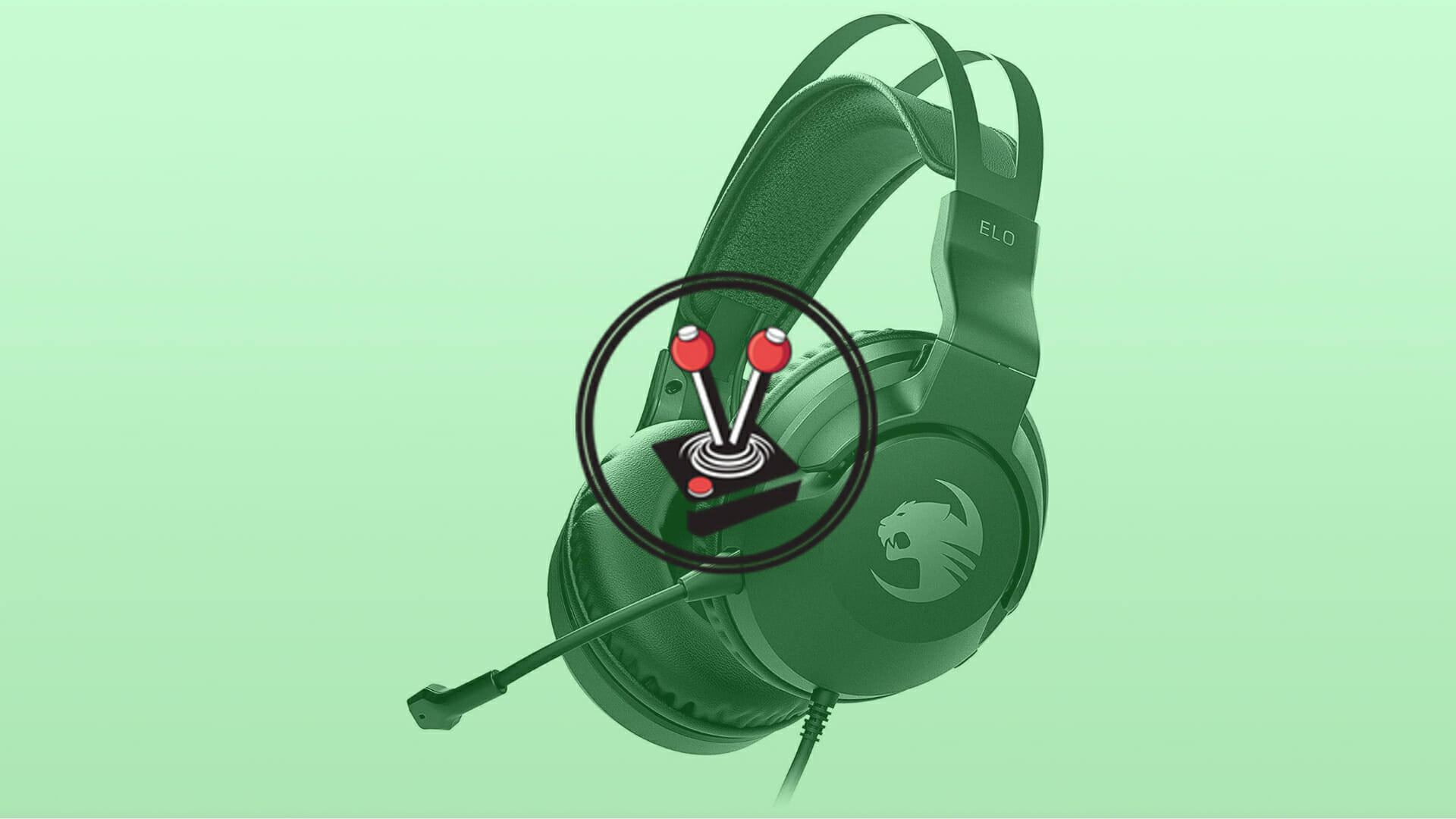 Few entry-level headsets are worth their price. Many are priced far higher than they rightfully ought to be or have been discontinued and replaced by notably worse “upgrades”. Of the brands specialising in entry to mid-level markets, Turtle Beach appears to have found its place quite comfortably. The newest headset to join the company’s vast selection is the Roccat Elo X Stereo, a simple entry-level headset with none of the extra baggage.

The Roccat Elo X Stereo might be an entry-level headset, but it does not suffer from any of the usual entry-level cutbacks. Companies will often take their flagship peripherals and strip them to the bare minimum, then sell those skeletal remains as “Esports peripherals”, or just market them as the “must-have” alternatives for budget-conscious gamers. This does not seem like the case for the Roccat Elo X Stereo. Naturally, some things had to be cut in order to save consumers some money. Cut features include fancy LED lighting and wireless connectivity (also a DAC that can output 7.1 directly); but I will chew my hat if anyone using a Roccat Elo X Stereo is hard-pressed for those features once they get a feel for how good it actually is. In a rather interesting surprise, the Roccat Elo X Stereo is basically just the Elo 7.1 Air, or perhaps even its mildly less expensive cousin the Roccat Elo 7.1 USB, in both what it sets out to do and the overall experience it conveys.

As with its fancier brethren, the Roccat Elo X Stereo has been designed with functionality first on the docket. The result is a much less “gamer” looking headset that looks quite professional. In saying so, it features a two-band design arching liberally over its wearer’s head. The top is a suspension frame taking up the brunt of the headset’s weight, as the bottom band (a plastic band with leatherette padding) rests on the wearer’s head. This design allows the headset to fit most heads, regardless of shape or size, while looking great in the process. It works as advertised as well, delivering an extremely comfortable fit while featuring enough tension to keep it from falling off when wearers look up or down.

The ear cups at each end of those bands are made out of hard plastic. Unlike its more premium counterpart, the Roccat Elo X Stereo features many fewer bells and whistles. The left ear cup houses a volume rocker and a mic mute switch. There is no sidetone/monitoring rocker and no power button either. The inside of each cup holds thin ear pads that are extremely soft to touch. For some reason, it feels like it has much better passive noise isolation than its more expensive kin. However, this could be attributed to the difference in the material used for the ear pads.

More of often than not, the biggest drawback of more “premium” headsets comes down to specialised connectivity. A USB dongle or DAC usually means the headset is limited to one or two platforms at most, while those with docks need specialised optical connections or the like. As wonderful as they are, and as bountiful as their feature sets can be, it is a bummer to have to purchase multiple headsets for different uses. The Roccat Elo X Stereo, however, is wired and features a 3.5mm auxiliary connection. As such, it is quite versatile and works on any device with a 3.5mm port.

Due to a lack of a DAC, the Roccat Elo X Stereo relies solely on whatever hardware it is connected to. This means it comes with zero inherent virtualisation of its own. However, its two 50mm neodymium drivers are powerful and precise enough to accurately recreate in-game movement in games featuring good sound design. This headset features a fair frequency response with minor dips at the sub-base ranges (<100Hz). These dips are common among gaming headsets, however, as their much lower impedance usually bars them from having greater responses akin to audiophile headphones. With that said, the Roccat Elo X Stereo‘s imaging is unreal. When coupled with the likes of Windows Sonic or DTS: headphone X, it can further enhance any listening experience. Like other Elo headsets, the Roccat Elo X Stereo comes with a removable mic and auxiliary jack splitter for computers without a unified 3.5mm jack right out of the box.

It is also worth nothing how the Roccat Elo X Stereo does not talk to Windows 10 directly, and as such, does not benefit from Roccat Swarm or any other software suite meant for other Elo headsets. This also means the fancy magic voice technology used to alter voices or tweak the input a tiny bit for the likes of the Roccat Elo 7.1 Elo, are not unavailable with this headset. This is not a problem as long as users will be fine with a mic that sounds decent at best and, truth be told, better than most Logitech mics at worst.

The Roccat Elo X Stereo is a wonderfully simple headset. It is made with one functionality in mind: gaming. While it does not cost as much as many other mid-tier headsets, it certainly looks and feels like it is in a class of its own. It may not have a DAC or be made with surround sound in mind, but it works well enough with Windows Sonic to provide enough immersion for gamers on a budget. There are no two ways about it: the headset is incredible for its price class.