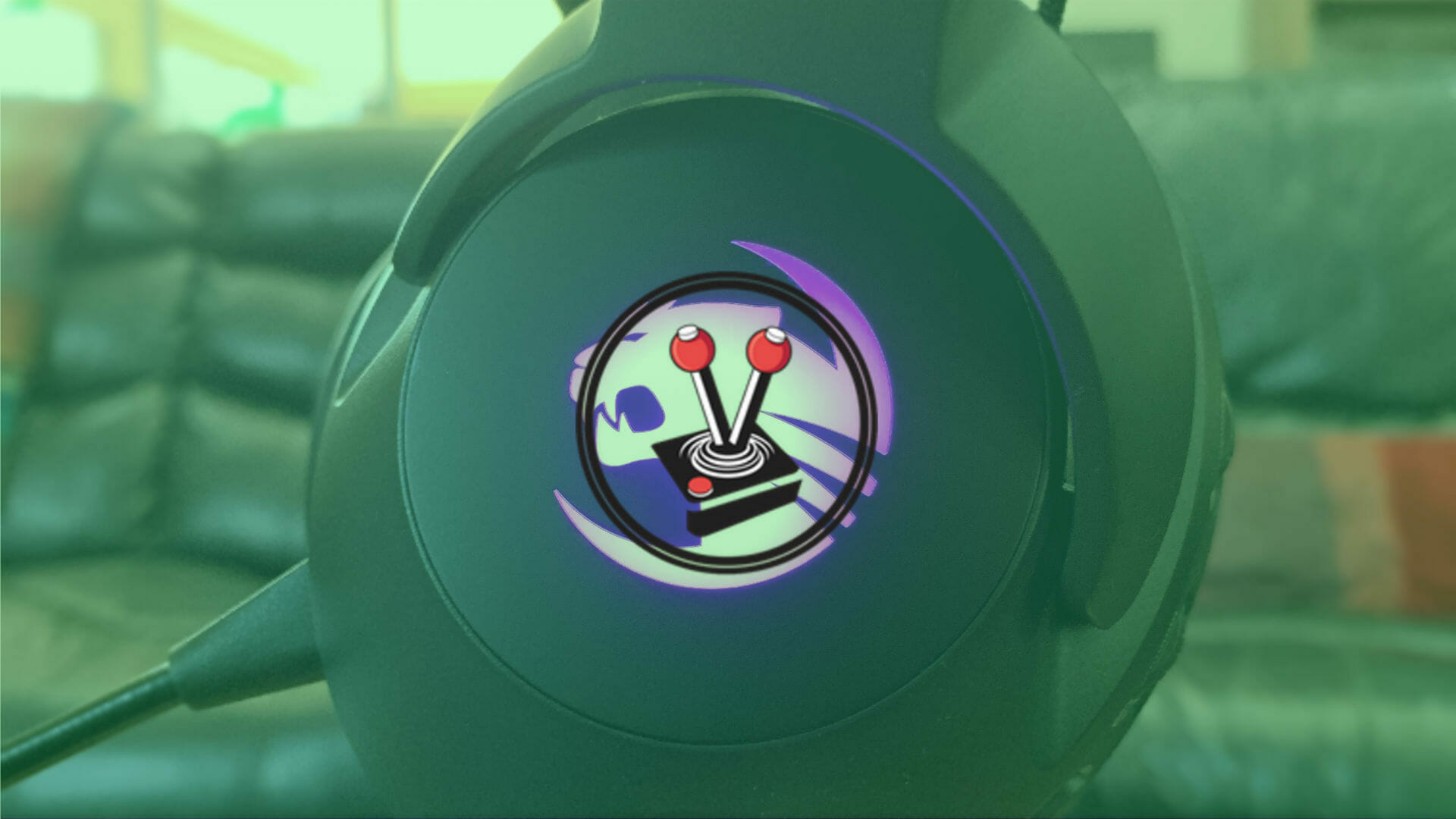 Turtle Beach has been a video gaming peripheral mainstay for decades. Like Logitech, the brand is known for its quality-first focus, but has generally flown under the radar for many gamers until DrDisrespect became the face of the brand. Since then, the company has acquired esports-oriented brand Roccat. In so doing, it has strengthened its foothold in the gaming space with a lineup of new premium headsets; spearheaded by the Roccat Elo 7.1 Air.

Unlike the drastic evolution of Logitech G or Razer headsets, Roccat ear cans have generally always been ahead of the curve. They offer a fair selection of features gamers expect for their respective price ranges, and have become known as something of an underdog brand: never really breaking any ground with new offerings, but also never becoming inconsequential. The Roccat Elo 7.1 Air might be the company’s new flagship device, but it cements the idea of how gimmicks and flash are not factors that make hardware good. The result is a stunning, professional-looking, and phenomenal sounding headset, which just so happens to also be somewhat affordable – SRP ZAR R2999/USD $99.99.

Headsets are a dime a dozen for gamers. Many of which, rather unfortunately, have been designed with form over function in mind. Thankfully, the era of overdesigned gaming headsets is slowly easing off. Companies are beginning to adopt design facets from professional headphones, allowing gaming headsets to not only [possibly] sound great, but also look like they belong in a professional setting. With that said, the Roccat Elo 7.1 Air features a two-band design with a metal suspension frame arching over a soft headband in a very “one-size-fits-all” manner. It is an extremely comfortable fit with enough tension to keep it from falling when looking up or down. The design also alleviates any worry about supporting the heavier construction on the wearer’s head.

The metal suspension and material headband terminate in two extremely sturdy ear cups made out of hard plastic. Both cups feature thin, yet dense, ear pads made out of memory foam and covered in leatherette. The earpads are quite soft to the touch, which helps a lot with spectacles and long-term wear. As great as this is, the tradeoff is noticeably less passive noise isolation. Fortunately, there is more than enough isolation once audio playback kicks into gear.

Most of the Roccat Elo 7.1 Air’s functionality can be managed from its left ear cup. The power button, mic mute button, and two dials (sidetone/mic monitoring and volume, respectively) all stand out well enough and can be manipulated easily. The headset connects to Windows PC or consoles via an included 2.4GHz USB dongle, with no need to pair or synchronise. Plug it in, switch it on, and it just works. This simplicity is incredible, to say the least. However, it does come at a steep price: the dongle is an absolute must. In my testing, the headset cannot function without it. While a bit of a bummer, the headset makes up for it by boasting a massive 24-hours of battery life, which certainly does a good job of mitigating being tied to a dongle.

While the Roccat Elo 7.1 Air’s claim of 24 hours rings true, it must be noted how this is only the case when delivering 50-70% volume and with its LED switched off. By following this advice, the headset lasted for almost an entire two weeks with an average of two hours of play a night. Thus far exceeding the estimated battery. With that said, once the LEDs were turned on and I allowed the headset to output more liberal (though admittedly uncomfortable) levels of audio, I noticed a sharp decline in the battery life. However, it was not enough to warrant the experience as a notable caveat.

Despite its wireless nature, it hardly ever loses connection – a useful trait for when the need to get up for a quick coffee arises. Strangely, when there are extended periods of silence, the headset will switch itself off in order to preserve the battery. This has caught me off guard on many occasions. However, and in retrospect, it makes sense from a battery saving perspective. A better compromise would be for the headset it go into some deep low-power state instead, which would allow for it to wake up from its rest whenever it detects audio signals from the source. When used on PlayStation 4 or 5, the headset works as soon as it is connected to its dongle, but with a notable lack of surround sound virtualisation. While stereo, the headset’s excellent audio playback still makes the experience feel premium.

Perhaps the standout feature of the Roccat Elo 7.1 Air is how impeccably well it outputs surround sound audio. This is thanks in large part to how accurate its response is, with minor dips in the sub-bass range (<100Hz). Unlike a wide variety of gaming headsets, the Roccat Elo 7.1 Air refrains from boosting the highs and the lows. The result is a much more gratifying experience regardless of what games are played or entertainment media consumed. The wonderful facet of this is how the sound is automatically output as surround sound audio via the included DAC. There is no need for software (though that can be used) or fiddling. It just works, and sounds fantastic in the process.

Out of the box, the Roccat Elo 7.1 Air includes a removable mic and a nice and thick USB-C charging cable. The mic sounds pretty standard to most other gaming headsets, with sterile audio levels and next-to-no bass or mid-range. Gamers with low tones in their voices will automatically sound tinny, while gamers with higher-pitched voices will sound great. Everyone else falls into the category of “you are most definitely on a gaming headset, aren’t you?”. It is decent enough for gaming, but is obviously not recommended for voice work or streaming.

Windows 10 gamers who would like granular control over how their voices sound are in for a treat. The Roccat Swarm application allows micro-adjustments to all facets of the headset, including the way the mic sounds and how audio is output. There is a “magic voice” option that alters voices dramatically (and comedically), but the software still does not offer tweaks as vast as the Blue! Software bundled with Logitech headsets. To its credit, however, Roccat Swarm is an extremely light software suite, which seemingly integrates with the Windows mixer and sound settings. The true beauty of it all, however, is that the included USB dongle already outputs everything in 7.1, meaning Roccat Swarm is not even a must-have! This is a personal game-changer since all alternate and/or competing headsets require their bloated companion software suits in order to get anything more than basic functionality out of it.

The Roccat Elo 7.1 Air plays it extremely safe for a headset that seemingly has it all. This is respectful in its own right and must be appreciated as such. There are no unnecessary LED light strips or super fancy voice software to be found here. It uses a USB Dongle, with 7.1-surround sound capable Digital-to-Analogue Conversion right out of the box. It can be plugged into any Windows 10 PC or PlayStation 4 or 5, and it just works. No additional setup needed. Gamers who would like a tiny bit more granularity have the option to install one of the lightest and least resource-intensive software suites for a headset. The best aspect of the Roccat Elo 7.1 Air, however, is how its aesthetics and audio performance are on par with headsets well above its price point. In this sense, it certainly holds its own against the likes of the Logitech G Pro X or Razer Kaira Pro. This headset recognises its place in the rat race of is the gaming peripheral market, and it humbly remains where it is needed: great features and performance with decent pricing. The Roccat Elo 7.1 Air is an incredible headset and easily surpasses all expectations for its price point.