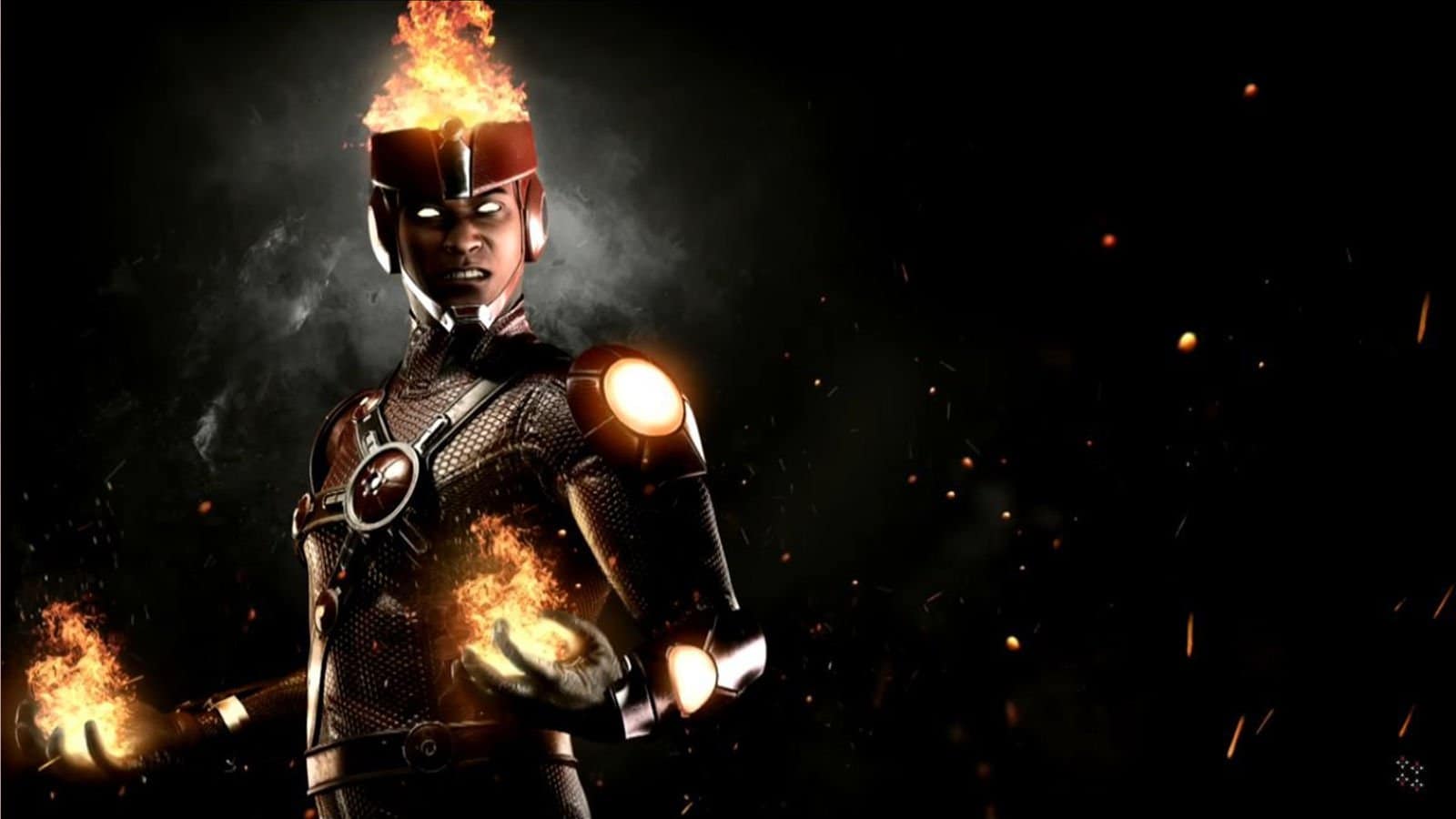 The character reveals for NetherRealm Studios’ upcoming superhero fighter, Injustice 2, are on absolute fire. From Blue Beetle to Doctor Fate and even Darkseid, it seems that there is a superhero for everyone. Now, blazing up the scene, is the seriously hot… Firestorm!

A brand new Injustice 2 video reveals that the nuclear superhero is more than capable of taking on the likes of Green Arrow, Catwoman, and even… Killer Croc?!

Interestingly, The Croc has not been confirmed as a playable character, but it was nice seeing him during one of the scene transitions during the Firestorm/Catwoman fight.

The Firestorm featured in Injustice 2 seems to be heavily based on the variant of the character seen in the current The Flash (2014) and Legends of Tomorrow (2016) television series. His suit hearkens back to the original Firestorm, with his incredibly over-the-top helmet, but also to the newer red-leather clad suit of modern variants.

Personally, I am only familiar with the different Firestorms from the New 52 by Ronnie Raymond and Jason Rusch. The two teens battle it out briefly before combining into a new being called Fury (not to be confused with the daughter of Earth 2’s Wonder Woman). Due to these events, Ronnie and Jason act as two separate Firestorms. Later, however, the two can easily combine into a very strong Firestorm. He becomes so strong, in fact, that he becomes a vessel in which the entire Justice League becomes trapped. This is thanks to his Earth 3 counterpart, Deathstorm. This caused many to think that the Justice League had been killed off… leading me to wonder if the Flashpoint nature of the first Injustice game will play into this plot point?

Since Firestorm’s TV debut, he has garnered quite a fan following. To be honest, my interest in his character has been “meh” at the very best, which is why I have not read more about him beyond The New 52. Admittedly, I think it might just be my Marvel fanboyism for The Human Torch shining through. Whatever the case may be, Firestorm will blaze his way onto PlayStation 4 and Xbox One when the game releases on 16 May 2017.