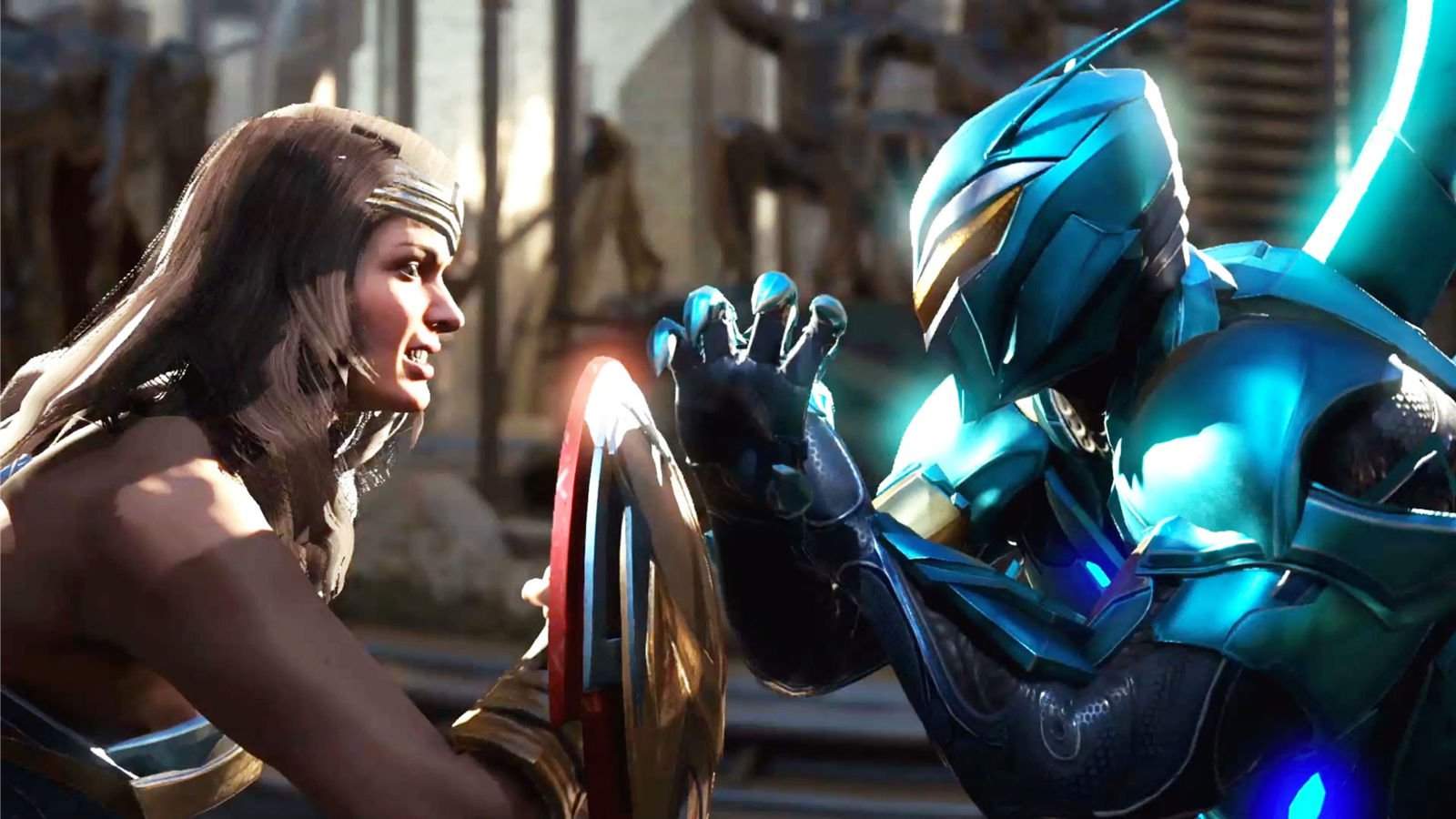 It seems like DC Comics are putting their claim on just about every form of entertainment possible this year. Gal Gadot recently portrayed a surprisingly good Wonder Woman in the film, Batman V Superman: Dawn of Justice (2016). The Amazonian Queen is also featuring in her own film in 2017. Now it has been confirmed that Wonder Woman will also feature in the video game, Injustice 2.

Wonder Woman is back! After all, she is the one who helped bring Superman to his senses in Injustice: Gods Among Us. The game had her fighting with her Lasso of Truth, or sword and shield. She was ferocious!

Wonder Woman’s inclusion in Injustice 2 was confirmed during San Diego Comic-Con 2016. In an accompanying trailer, we see Wonder Woman fight off a bunch of super powered foes such as Gorilla Grodd, Superman, and Atrocitus before bumping heads with the highly requested Blue Beetle!

In the comics, the Blue Beetle moniker has been passed down from heroes of all shapes and sizes. Having said that, and judging by the words spoken at the start of their fight in the trailer, this is the Jaime Reyes version of Blue Beetle. Reyes took up the mantle of the Blue Beetle after receiving supernatural powers from an alien artefact. As Reyes quips at the start of their match, he is definitely ready to “level up” — an indication of the new progression system featured in Injustice 2.

Players will be able to control how their characters look. This is achieved by unlocking and purchasing upgrades and armour for their favourite characters. NetherRealm has explained that this will ensure that no two fights will ever contain “the same characters”.

Injustice 2 is the sequel to the critically acclaimed Injustice: Gods Among Us. It follows directly on from the events in Injustice, where Superman must now atone for his villainous ways. While Batman and the others try to introduce society to normality, a new threat appears that will put Earth’s existence at risk (again).

Injustice 2 will be available for the PlayStation 4 and Xbox One early in 2017.