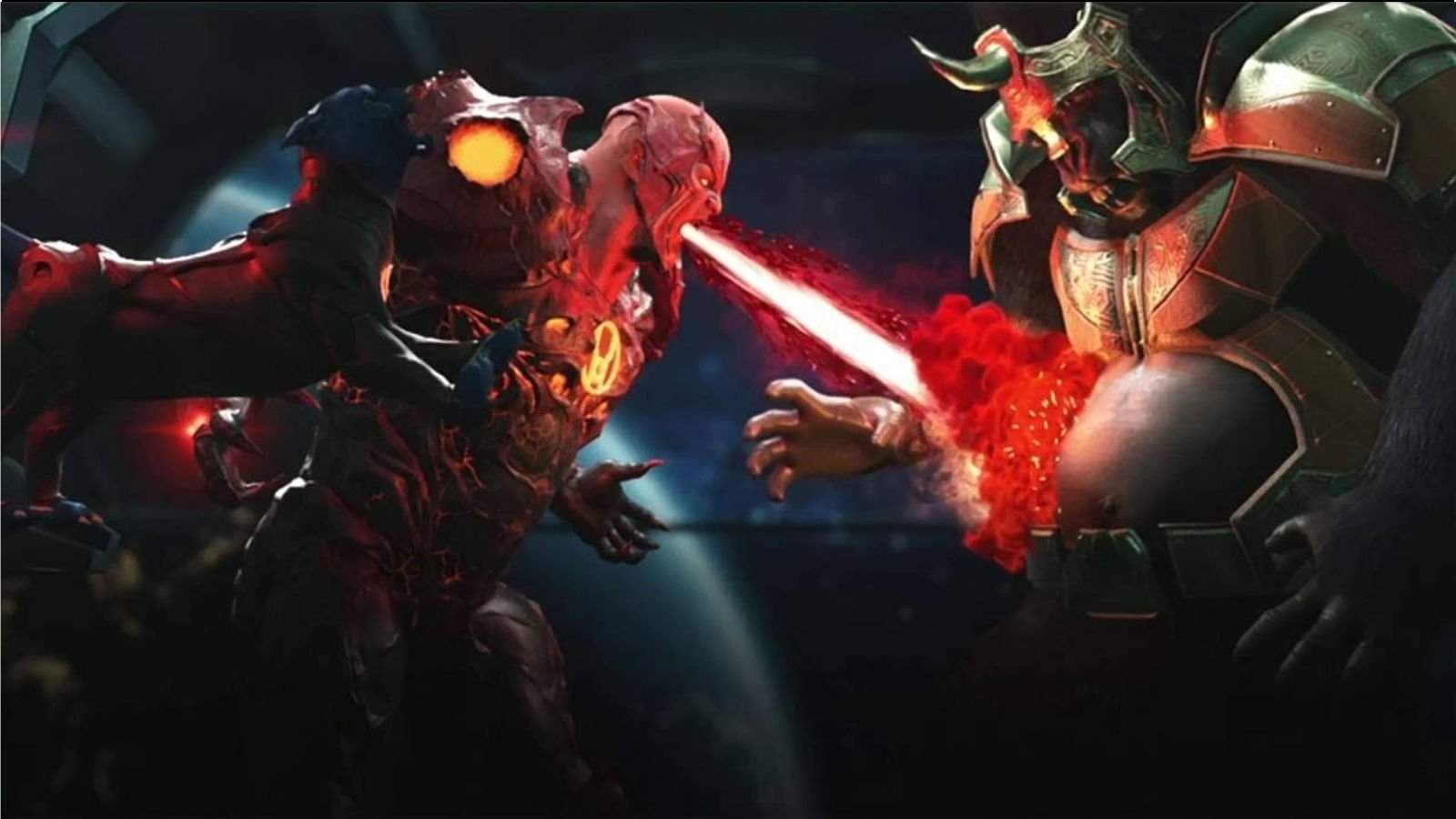 NetherRealm Studios has been around since 2010 and is the amalgamation of WB Games Chicago and Midway Games. The new studio’s first game was the highly anticipated reboot of Mortal Kombat in 2011. The game was very well received and breathed new life into an aging franchise. Two years later, NetherRealm surprised everyone with  Injustice: Gods Among Us; a Mortal Kombat inspired game based on the DC Comics universe. The game was very well received and drew a passionate, albeit smaller, following. Although the game did get 10 additional characters via Downloadable Content (DLC) packs; there was very little additional love from the studio after launch. This made the game age faster than it should have. As great as the game was, and it really was good, the ‘neglect’ honestly left a little sour taste in my mouth.

Fortunately, NetherRealm is back to right some of the post launch ‘injustice’ from the first title in this new franchise. Injustice 2 is the promised sequel and is another fighting game based on the DC Comics universe. I have now had a first hand look at the new game… and boy am I excited. Attendees who visited the Injustice 2 booth at rAge 2016 were treated to a frantic first-look at the new game, and the Vamers Crew were there to experience it. 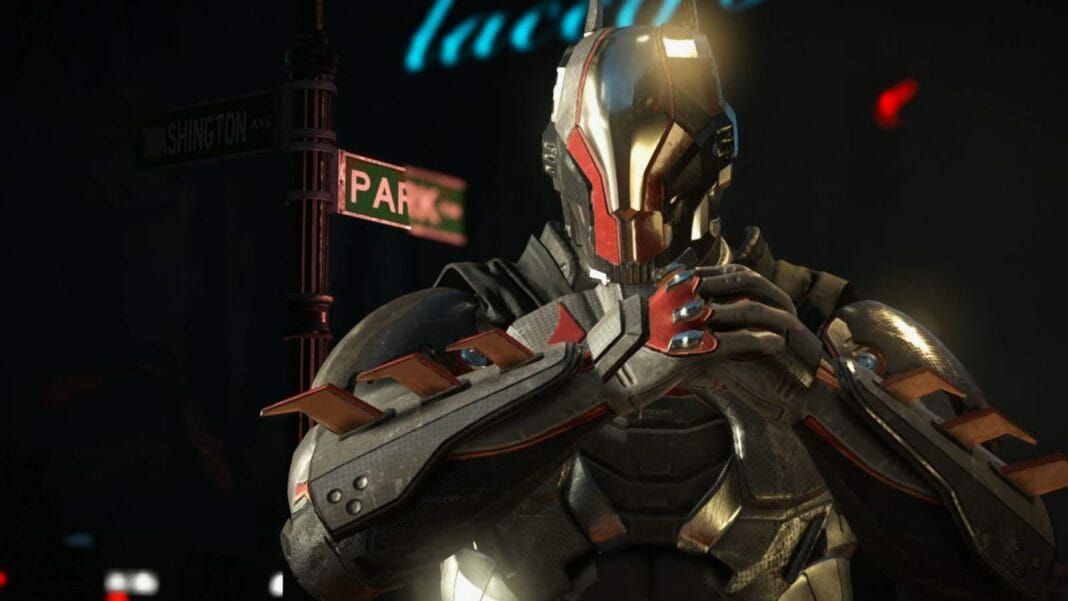 When I sat down in the private screening room at the Warner Brothers and NetherRealm booth at rAge 2016, I struggled to keep away a massive smile on my face. As someone who enjoyed the first game, I was excited to see more of the sequel. Truthfully, the entire demo was a massive surprise to me too. The host was funny and informative, and actually knew a lot about the game that he was demonstrating. The fact that the gameplay shown was robust, and covered most facets of the game, without giving away any new characters or too much gameplay, was just as great.

One thing is certain: Injustice 2 will be nothing like Injustice: Gods Among Us. Long gone is the “card” system that unlocked small buffs to your characters in singleplayer games. This time around, the game features an extensive Gear System that unlocks pieces of armour and gear with every battle, win or lose.

At first glance, the game looks just like the previous instalment, except with shiny new graphics and more realistic, yet awkward looking, faces [Ed’s note: thankfully the lip syncing is also a tenfold improvement over the original title]. The game takes players to various locales featured in the DC Universe and hosts the same iconic characters therein. Where things start to differ is with the Injustice 2 Gear System that players will make use of, allowing characters to look and behave differently. From level 1 through to 20, players will get new gear with every battle. Obviously, the victor will get a slightly better, or rarer item, but no one is left in the dust. Interestingly, the items in the Injustice 2 Gear System are not simply costmetic. The changes also modify the feel and strength of each character.

Using the gear that has been unlocked, players can customise the look of their favourite characters and also the abilities that they have. Injustice 2 is basically getting a Roleplaying Game’s progression system, only with a lot more flash (excuse the pun). 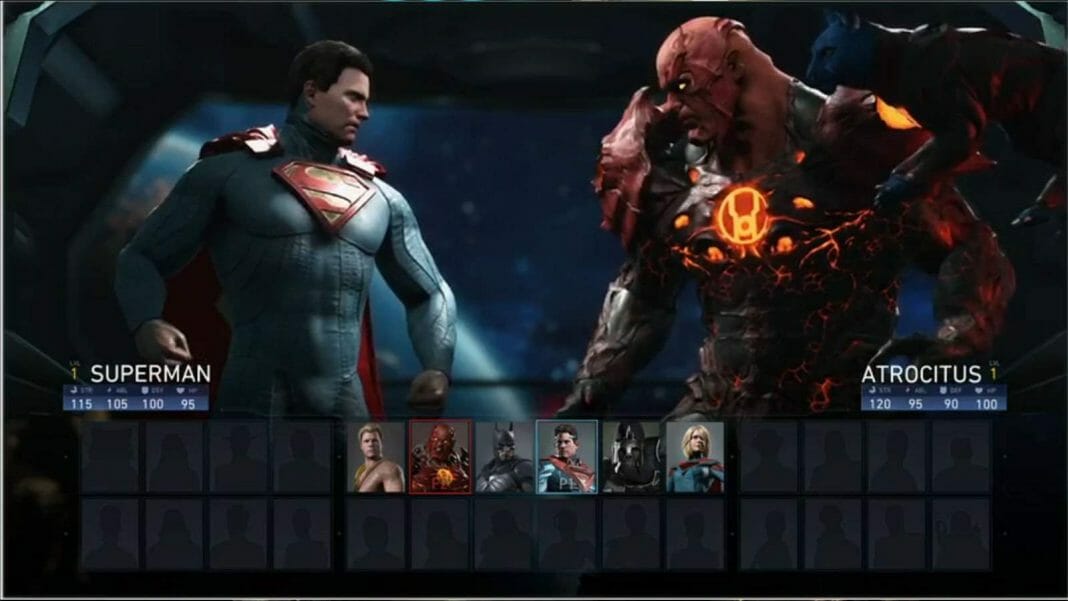 The rAge demo showed us some in-depth Injustice 2 Gear System mechanics, as the featured characters won and lost their battles. Starting at level 1, both characters had the most basic gear equipped. Superman looked almost naked. His suit had no more pizazz than a simple blue spandex bodysuit. Even Batman looked like a rookie in his basic old Batsuit! Fast Forward 20 levels, however, and it is an entirely different story.

Level 20 Superman is equipped with a fancy suit that resembled his Son of Krypton variant whilst batman had a Red-hood, and Batman Beyond inspired Batsuit equipped. Also shown was Gorilla Grodd and Harley Quinn. I suppose it is true that with maxed levels comes maxed abilities, or something like that. The level 20 variants of the characters had a lot more shine and a lot more power. It is here that we saw the Ultimate moves for all characters. Although this is great, I really hope that the Ultimates will not be tied to level 20-only characters. Moreover, I also hope that the Ultimates will change, according to the set of gear equipped via the Injustice 2 Gear System. Either way, my concerns are minor and should not have a drastic impact on the main game.

The demo also went on to showcase two new characters for the roster, Deadshot and Attrocitus. The demo did not go over what these characters would look like at higher levels, but it is safe to assume that both of them will make use of Wayne-Tech technology.

Truthfully, I really enjoyed the demo. Not only because there was some effort put into it, but also because it was the perfect blend of gameplay and hype. The DC Comics roster of characters is superior to the first game, and the new Injustice 2 Gear System will add some strategy to the game to keep things fresh for players. With the announced characters and new RPG elements, I feel satisfied with how the game is shaping up.

Obviously, some balancing issues will come into play, even as the game launches sometime next year. As with all fighting games, there will likely be countless patches and fixes during the first week to ensure fair play across the board.

I am very excited to get my hands on Injustice 2. So far, the game is confirmed for PlayStation 4, Xbox One, Android and iOS. Hopefully a PC port will make its way at some point in the future, probably in the form of a ‘definitive edition’, like the first game.