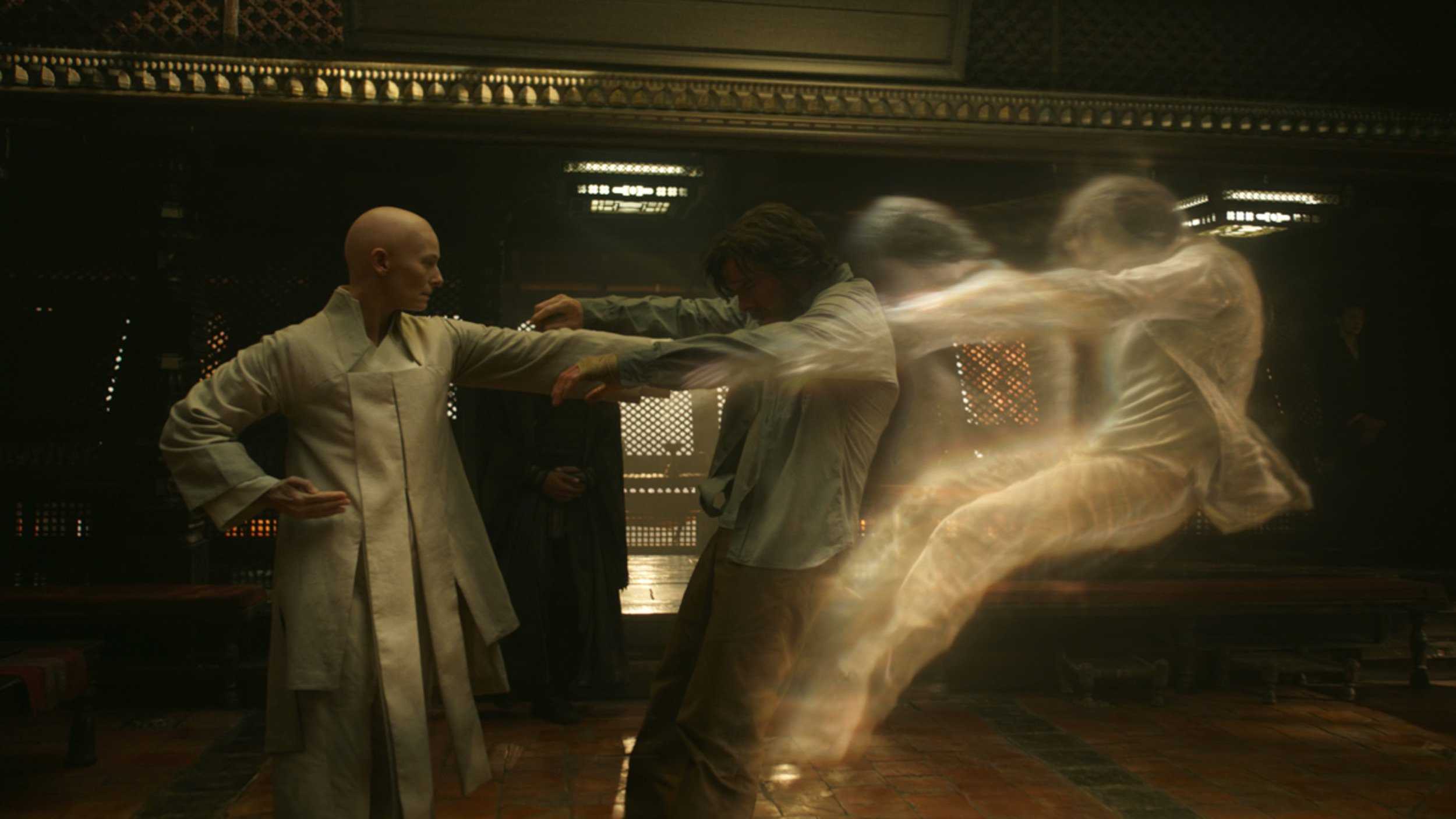 The first teaser trailer for Marvel’s Doctor Strange (2016) showed just enough to whet the appetites of fans around the world. Thankfully, Marvel Studios has finally released the first full-length Doctor Strange trailer and it looks magnificent!

The original teaser trailer had us begging for more and offered a glimpse of what it will be like to be pulled down the Matrix-like rabbit hole. Featuring a cast that includes the likes of Benedict Cumberbatch, Tilda Swinton, Chiwetel Ejiofor, Rachel McAdams and Mads Mikkelsen, there is no doubt that Marvel Studios has big plans for Doctor Strange; plans that will filter through to Avengers: Infinity Wars (2018).

One of the stand out elements of the new Doctor Strange trailer is getting to see the ‘mind-bending’ effects and powers that Strange will have at his beck and call, once The Ancient One has finished grooming him. From trance inspired kaleidoscopic reality-shifts, through to Inception (2010) styled world bending, the new trailer is filled with outstanding visual effects. However, the biggest surprise in the new trailer is finally getting to see the villain that Doctor Strange will face.

Played by Mads Mikkelsen, the villain in the film is surmised as being Dormammu – a prenneial foe of the sorcerer supreme, Doctor Strange. The trailer also offers glimpses of Strange’s love interest (Rachel McAdam) and the tragic accident that sets him on his journey of self discovery, a voyage that leads him to The Ancient One (Tilda Swinton). After the effects heavy exhibition of the trailer is over, viewers are treated to a wonderfully funny moment between Mordo and Doctor Strange (Rather than spoiling it for you, all I will say is “shamballa”). I am sure that the movie will be filled with many more moments like this, which is making me even more excited for the film.

Marvel’s Doctor Strange (2016) releases in cinemas on the 4th November 2016 in South Africa.