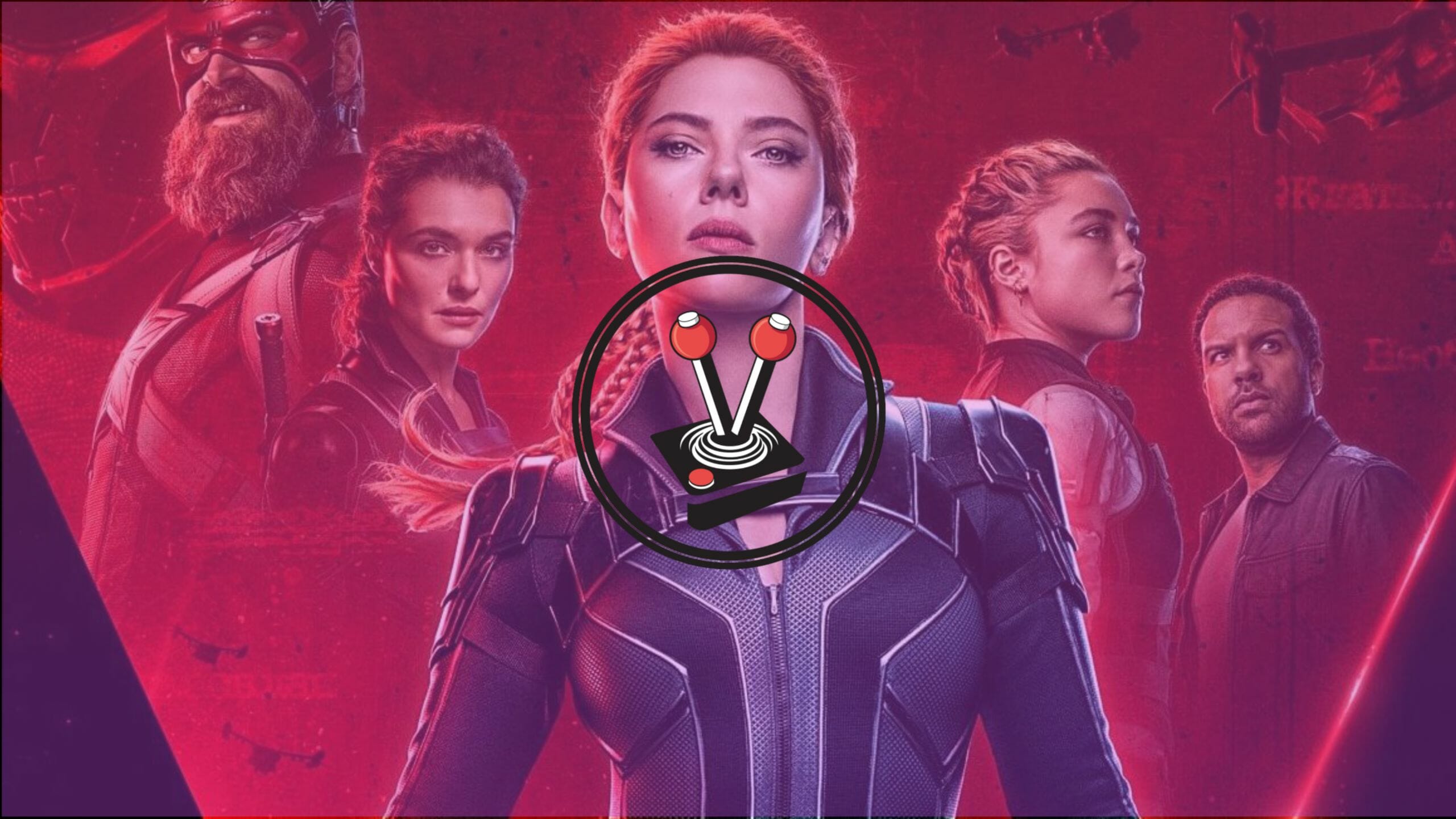 Over the last decade, Marvel Superheros have become a staple in popular culture thanks to the Marvel Cinematic Universe (MCU). While some Marvel characters have always been recognisable household names, even between people who did not read the comics, it was the birth of the MCU that brought so many more characters into the limelight. Whether it is learning about the origins of the Scarlet Witch or getting to see a lesser-known version of Captain America take up the mantle; the MCU has managed to take a group of characters who were only ever at home on the page, and bring them to life on the big screen. Doing so introduced an entirely new audience to unsung heroes like Natasha Romanoff; who is better known as the Black Widow.

Black Widow starts by taking us back to Natasha’s (Scarlett Johansson) childhood, years before becoming known as the infamous Russian spy. It is a part of her life very much steeped in mystery, despite having appeared in over seven feature films. Here we see a blue haired Natasha living in Ohio (USA) and playing outside with her younger sister; experiencing the kind of fun and carefree life that every child deserves. Their father (David Harbour) is on his way from work and their mother (Rachel Weisz) is preparing dinner. Alas, even during these innocent childlike years, there is a coldness present in Natasha – later revealed to be caused by her KGB training having already begun.

As is par the course for movie plots, this wonderful idyllic family image is quickly ripped apart when their parents are revealed to be undercover Russian agents. The family then make a forced exit from America, returning to their secretive handlers. Natasha and her younger sister, Yelena (Florence Pugh), are forcibly taken by KGB agents to a place known as “The Red Room“. It is here where both girls are separated from each other and forced to undergo years of programming and training. Eventually transforming into emotionless and highly skilled Russian killers known as “Widows”.

Years after escaping from her role as a Widow and joining The Avengers (from whom she is currently displaced), Natasha finds herself reunited with her estranged sister. She soon learns how The Red Room initiative is still active, despite her prior efforts to destroy the program. Worse still, they have now started to chemically manipulate the Widows into mindless killing machines without free will. Natasha then teams up with her sister and together they track down the parents who seemingly betrayed them; in order to finally take down The Red Room and the man behind the entire operation, Dreykov (Ray Winstone), once and for all.

What follows is one of the most human feeling Marvel movies to date. The chemistry between the two sisters as they finally get to know each other as adults, feels authentic and true to life. Slowly watching them rekindle their bond through banter, quickly becomes one of the major highlights of the movie whilst also serving as excellent comic relief. In fact, many heart warming and tear jerker moments in the film explore the ragtag family dynamic with well placed humour.

However, the film’s humour can, at times, rely a little too heavily on the assumption viewers have seen other movies in the MCU (specifically those featuring Black Widow‘s character or, at the very least, the Avengers films). In this sense, it is obvious the film pays homage to both the titular character and the fans who have been watching for over a decade. As such, if Black Widow is your first entry into the MCU, you might end up missing out on a lot of jokes, Easter eggs, and comments scattered throughout the film – many of which add to the interconnected universe.

Directed by Cate Shortland and produced by Scarlett Johansson, Black Widow is very enjoyable. The film manages to capture all of the “epicness” and flashy action fans have come to expect from a Marvel movie; while still staying true to Natasha’s story. In this sense, Black Widow beautifully fleshes out Natasha’s character and offers a much deeper understanding of her fateful actions in Avengers: Endgame (2019). At its core, the film is about learning to rely on others, to trust, and to open up emotionally when you have, quite literally, been programmed not to.

Unlike many other MCU movies, the plot of Black Widow is not driven by some “end of the world” catastrophe. Instead, the film has a fresh and more relatable focus on personal conflicts. Natasha and her sister do not want to shut down The Red Room because humanity is at stake. Rather, they want to end the broader cycle of human trafficking and abuse affecting so many women across the world. Specifically in order to spare young girls from the pain and trauma they experienced when they were weaponised and brainwashed. In the past, Superhero movies have tried to tackle the complexities of empowerment, but most, if not all, have come up short.

Empowerment does not have to be the focal point of the narrative, nor does the protagonist need to be the most powerful being in the movie. It could be as simple as allowing the protagonist to regain their free will and not have their actions or reactions be dictated by someone else. In Black Widow, the narrative arc explores how Natasha and her sister break free from the shackles of The Red Room. In so doing, they take back control of their lives, destinies and the ability to have free will once more. By empowering themselves and the other Widows around them; they spearhead a movement to create a better place in the world for those affected by evildoers who wish to exploit innocence and free will; for power and infamy. As such, Black Widow offers a refreshing take on the often misunderstood and misrepresented issue of what empowerment truly means; showcasing how everyone has the right to free will, choice and control over their own lives.

Natasha has never been a Superhero in the true sense of the word. She is not a god like Thor, nor can she change her physical form like the Hulk; and she certainly lacks any innate powers like The Scarlet Witch. However, Natasha’s strength has always been embodied by her humanity and how she is consistently able to hold onto it through the worst of times. There is a line in the film where Natasha is asked about how it is possible, after everything she has lived through, for her to still have so much heart? She responds, rather introspectively, with “pain only makes us stronger”. It is this inner strength and humanity that makes Natasha the hero that she is, and why her story in Black Widow is so engaging, remarkable and enjoyable.

Black Widow offers fans everything they could want from a Marvel stand-alone movie and more. It gives heart and backstory to a character who has been a significant part of the MCU, but who has spent a decade fulfilling the arcs of other heroes instead of her own. It also manages to fill in some of the gaps between Captain America: Civil War (2016) and Avengers: Infinity War (2018), and wonderfully puts to rest what Natasha was doing when she was “dealing with family stuff”. Natasha’s sister Yelena also makes for a great new addition to the MCU. In this sense, the film does a decent job of setting her up as Black Widow’s figurative torch bearer. Thus making her someone who will, more likely than not, feature quite a bit in the future of the MCU.

Black Widow is less about capes and more about family and the power of free will. The film is wonderfully self-aware of its place in the MCU and is subsequently not afraid to poke fun at itself. There are humorous quips sprinkled throughout, helping to break some of the movie’s more serious scenes, but the humour is always handled well enough to never feel like it is “too much” or over the top. It also handles the overarching thread of empowerment with both respect and charm. As such, Black Widow is a breath of fresh air in a world overflowing with Superhero movies; making it one of the best solo/origin movies within the genre.

[SIDE NOTE: Make sure to stick around through to the end of the credits. As is par the course for Marvel movies, there is a short little post-credit scene summing up the events of Avengers: End Game (2019), and drops a nice little Easter Egg for what is still to come]