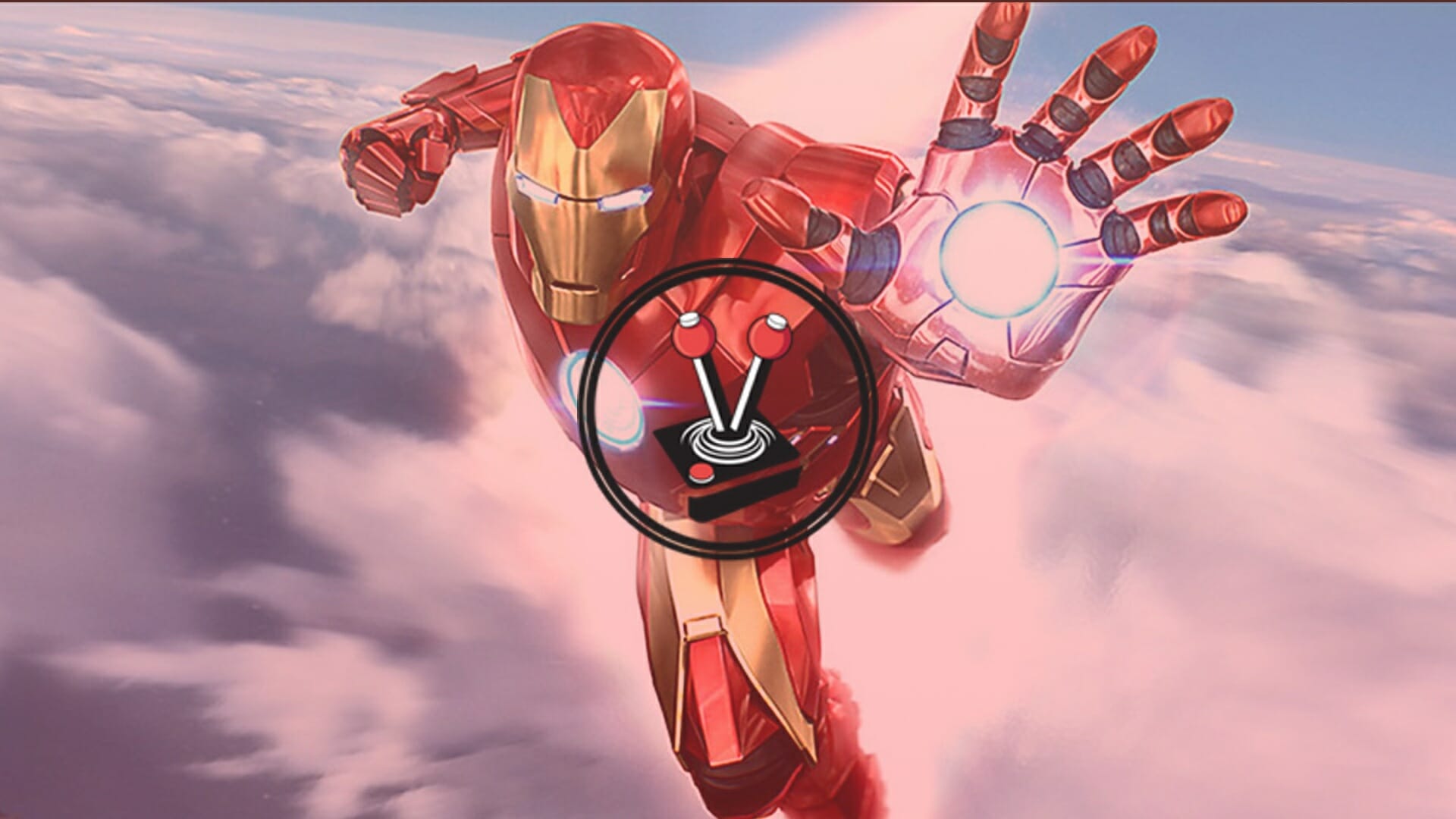 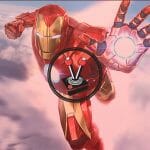 The moment PlayStation revealed its [insanely large] virtual reality headset, I immediately thought of the franchises and licenses that would translate well to this new genre of video gaming. Superheroes like Batman quickly sprung to mind, with Spider-Man in tow. What about Harry Potter? A great on-rails shooter from The Chamber of Secrets train catch scene or a tour through Hogwarts could never disappoint. Regardless, we ended up getting most of these and way more for the headset. Now, we finally have Iron Man VR as well, and I want to take a moment to say that I did not expect the levels of immersion the game strives for – it is simply incredible!

At first, Iron Man VR may seem like some strange “late franchise add-on”. Its marketing campaign and, frankly its existence, comes at the very end of the PlayStation 4 generation. The trailers look cheesy and the screenshots tacked onto the PlayStation Network storefront look like something you would only expect from a mobile game. Let me assure you: these are assumptions that quickly fall away as soon as you put on the headset and boot up the game.

As soon as you put the PlayStation VR headset on, the semi-transparent heads-up display (HUD) from the movie appears around your face. It perfectly utilises the area around your peripheral vision – something other VR titles hardly ever use – in a way that both makes sense and also looks extremely cool. While it is obviously inspired by the movies, it perfectly works to give you a nice frame that doubles up as a means to immerse you into the role of Iron Man and to set up a nice frame of balance around your vision. This alleviates nausea, but it can only do so much – more on that later.

Upon loading into Iron Man VR, players are quickly, and rather obviously, thrown into the role of Iron Man. Here, the game opens up with Pepper Pots helping Tony retire his weapons manufacturing roots for good. This opening sequence is a nice way to ease players into a world that has, clearly, existed long before players became Tony’s eyes and ears. The game does a great job of explaining what Tony is thinking, and dialogue exposition is not so overbearing that it feels like an instant lore dump every time players enter the conversation. As the campaign progresses, new villains are revealed in interesting ways. Better still, no additional prior knowledge of Iron Man‘s none Marvel Cinematic Universe stories are needed to enjoy their arrival – a good thing for any newcomers who would like to try it out after binging the movies (which I am certain is, weirdly, the target audience for the game).

As can be expected from being Iron Man, there is a lot of flying within the game. Surprisingly, this is done remarkably well. Flight controls make a lot of sense and are extremely responsive. By pointing the PlayStation Motion Controllers down and away from your body causes you to fly forward. Each controller is essentially a thruster, and after a short time it becomes second nature to point them in a way that allows you to move in the direction you wish to fly. To complement the flying gameplay in Iron Man VR, the game world is actually quite large and open. While trapped to the confines of all “story areas”, the world is large and open enough to allow you to pretty much fly anywhere you like. Apart from “flight challenges” that force you into a predetermined path, the skies are yours, or Iron Man’s, to control and enjoy.

While flying is an incredible part of the experience, I will be loathed to say that I enjoyed the actual brunt of the gameplay, and not for the reasons you might expect. Once you know how to control the suit in mid-air and exactly what buttons to press to slow down, or how to swing your propulsion arms around to make cool-looking twists and turns; you will be expected to learn how to use your hands to shoot and murder a bunch of hacked drones and tanks! Doing this should be easy enough since you just point in their general direction and your blasts will do the job. The gameplay is slick, fun and engaging. However, as you unlock more gear from Iron Man’s arsenal and as the story moves forward, things become increasingly challenging. However, not because the gameplay is poor – it is actually quite good. Rather, this is where the aforementioned VR nausea I alluded to earlier comes into play.

While the frame around the player’s head is a nice way of minimising that awkward detached feeling VR tends to exhibit, flying around at insane speeds brings the feeling back rather intensely. It is very easy to become immersed in Iron Man VR – I found it especially easy to completely lose myself in the world of the game thanks to the incredible open spaces. Flying around is great, but the moment I have to stop mid-air, or swoop around and aim at drones at the same time, the nausea raises its ugly head… and it hits hard. While nausea will hit everyone to some degree, it does not mean you will feel sick just because I did. As such, just take it as a word of caution – especially if you are prone to motion sickness.

With the wonderfully crazy movement out of the way, the combat in Iron Man VR is satisfyingly solid. Whenever enemies come into view, simply choose which hand to remove from flight duty and blast enemies to smithereens. Depending on which auxiliary equipment you have loaded into the suit’s forearms, you can pull off some widely fascinating combos. This is a cool way of making you truly feel like Iron Man, a feeling the game does everything in its power to elicit!

Whenever you are not flying around and trying to get to the bottom of who the new villains are, you get to go back to Tony Stark’s garage. This area, while largely inspired by the movies, houses Tony’s arsenal of Iron Man gear, cars, trophy wall, and even a cool little median level training area complete with kitchen! In the garage, you have access to the Iron Man suit. By approaching it and interacting with one of several the spots around the suit, you can upgrade and/or replace internal parts that make up the suit. This ensures you can build the Iron Man suit up to fit your exact style of play — lots of nano repair bots for me, thanks. You can also choose which paint job you want for the suit, and unlock more as you progress through the campaign or complete stretch goals, such as punching 50 drones or destroying 250 tanks.

As you get used to the controls and as fights become more challenging, the story in Iron Man VR doubles down on what the stakes are like for Tony, Pepper Pots, and pretty much everyone else involved. About a quarter of the way through the campaign, you get to visit the SHIELD Helicarrier. Here, you get a nice tour of the aircraft as Tony reminisces about the good ol’ days. The game also does a great job of setting your expectations for characters and the like. Nick Fury, for instance, gets his own little internal monologue as the levels loads. Pepper Pots also had an introduction of her own, while characters like Happy Hogan are fondly mentioned in passing. It is honestly great to see all of the Iron Man greats make appearances throughout the game, solidifying it as a great addition to the Marvel universe.

While the PlayStation VR headset’s resolution (720p in each eye) needs some much-needed upgrading, Iron Man VR‘s overall presentation looks good enough to make you feel immersed in the game, regardless of the disappointing lack of anti-aliasing. The world is also extremely colourful and, I dare say, photorealistic; with fires looking as real as developers Camouflaj could muster, and the waters surrounding Tony’s home looking quite beautiful in their own way. These important points really drive home how easy it is to become immersed in the game. To take it one step further, the game also has little tricks to enhance the feeling even more. When missions load, the screen goes dark. As soon as the loading is done, the game eases you into the mission by creating a breathing effect on the screen. This beautifully captures what it may feel like for Tony as he waits for the Iron Man suit to close up and the HUD to appear on the screen. Other little additions like setting most non-essential HUD elements to your peripheral vision instead of having it right in your face, also helps a lot. You can glance at them from the sides of your eyes, or just press the appropriate buttons and have them come to the forefront. You can also play the game while sitting or standing, which helps to alleviate balancing issues for folks who suffer from that.

What is most interesting gabout Iron Man VR is how much of a surprise it is. The movies, which heavily inspire the game, have been out for quite some time, and the Cinematic Universe is already entering its fifth major phase – which is set to shift the entire MCU in a brand-new direction. It also releases right as the PlayStation 4’s glory days come to a close and the PlayStation 5 looms over the horizon. With that said, I must say that I had fun being Iron Man, even if only for five or six odd hours.

While Iron Man VR is not the most spectacular or ground breaking VR title available, it does a great job of making you think and feel like you are Tony Stark. The world is big and beautiful and you can get lost in it so easily, that it is astonishing how limited the actual campaign actually is by comparison. It is also nice to see all of the classic characters make their warranted appearances throughout the experience – particularly the banter between two of Tony’s virtual assistants, Gunsmith and Friday. Naturally, it also helps how great everything looks, despite the massive lack of anti-aliasing. Overall, the game is great fun. While there is little reason to return to the game after completing the campaign, it is possible the title could become a household go-to for children and big fans of the character. Iron Man VR does an incredible job of driving home the fact that you can be Iron Man, and that is the only thing that counts in this PlayStation VR experience.