Information surrounding the narrative of Marvel’s Doctor Strange (2016) movie is, well, strange. We may not know a lot yet, but news on the technology surrounding the film is slowly uncovering itself; and all accounts say that it will be mind bending!

Doctor Strange (2016), just like Guardians of the Galaxy (2014) before it, will be quite a visual ‘marvel’. Marvel Studios took a huge gamble with Guardians of the Galaxy, a franchise that many people had never heard of. The movie itself was also very reliant on computer generated imagery (CGI). Thankfully the move to produce a lesser known property that demanded heavy use of CGI, paid off. The movie received massive critical acclaim and made the peeps over at the box office nothing short of jubilant. Courtesy of that movie’s success, Marvel Studios gave the green-light to produce a mind bending movie based on one of Marvel’s most important characters.

Marvel’s Doctor Strange (2016) movie follows the story of neurosurgeon Doctor Stephen Strange who, after a horrific car accident, discovers the hidden world of magic and alternate dimensions. As you can tell, the story features quite a different premise when compared to other, more established, movies in the Marvel Cinematic Universe (MCU). Doctor Strange introduces the MCU to things like mind bending magic, mysticism, and illusion. Thing is, this is not entirely new as the Thor movies have done a decent job of acclimating fans from Iron Man and Captain America to things less “realistic” and more “magical”. Magic and mysticism, however, are aspects that have not yet been used to push an entire narrative. This means that there are quite a few of us that are a bit worried about what direction the MCU is taking and what part Doctor Strange (2016) will play in Avengers: Infinity Wars (2018). 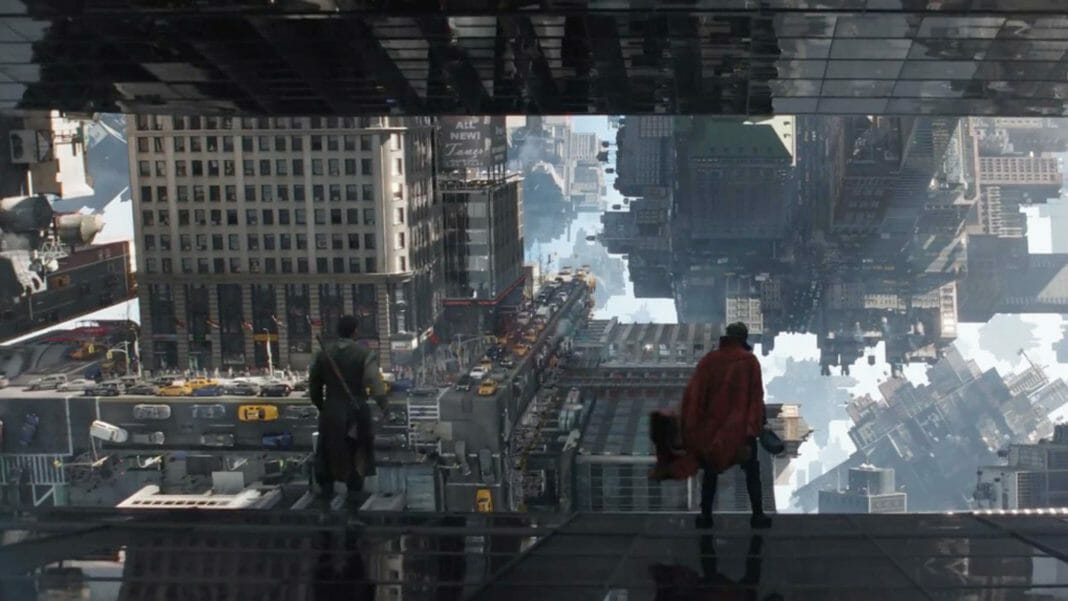 Judging from the first trailer for the film, the use of CGI technology to produce the movie is incredibly important. Not only will it help the visual effects look better, it will also help fans feel more immersed. As such, you can also imagine how the use of 3D will help in this regard.

Fortunately, Collider’s Haleigh Fouche had the opportunity to ask Marvel’s Studio Chief, Kevin Feige, about it. When asked how exactly the use of 3D will help in the filming of the movie, he said that the studio was working on “next level 3D sequences”.

We were in VFX reviews the other day, one of the first ones for that movie — we just wrapped, we finished in New York…we did one of the first reviews and it was pretty exciting. It was pretty cool in terms of how 3D can serve that story. You know, sometimes 3D is a tool, like it is in Civil War, a tool of –another toy in the sandbox of how the Russos (Joe and Anthony) can present this movie, then there are times like what Disney is putting out with The Jungle Book –it’s certainly gonna be the case with Doctor Strange– that it serves the storytelling, that it advances the storytelling. And hopefully, it helps bend people’s minds even more than with just the flat screen.

Sounds like this will be a must-see in 3D or IMAX 3D! I, for one, have no issue with 3D, but I know a few people that absolutely hate the effect it has on films. I do, however, agree that cheesy “all in your face” 3D effects should just die out. With that said, I sincerely think that Marvel will make an excellent movie, and I am looking forward to having my mind bent!

Doctor Strange (2016) is set for release in November, 2016. It stars Benedict Cumberbatch and is directed by Scott Derrickson, who directed Sinister and The Exorcism of Emily Rose.