The world has finally borne witness to the first trailer for Marvel’s Doctor Strange (2016) [watch it below], or at least the teaser. If this trailer is only a small taste of what is to come, then I am hungry for a second helping – this Cumberbitch had to conceal the squeals at work when witnessing the trailer!

From the teaser that has us begging for more, we can get an idea that Doctor Strange will pull us down the rabbit hole, Matrix-style, and assault our minds in a way that only Inception (2010) could. The talented cast, with the sexy Benedict Cumberbatch at the helm, helps draw you into this world of mysticism and parallel realities. Tilda Swinton as the Ancient One, the previous Sorcerer Supreme, is undoubtedly an awesome casting choice. She brings a level of androgynous sex appeal to her characters, as I fondly recall her portrayal of the Archangel Michael in Constantine (2005). 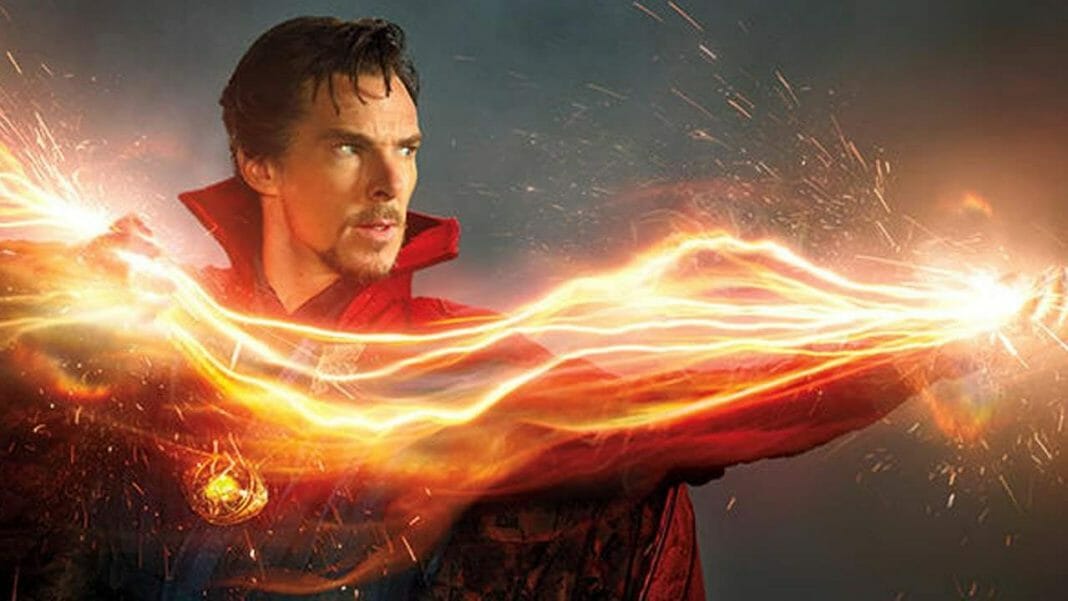 Although I am not the world’s biggest fan of the Sorcerer Supreme, I do definitely count myself as knowledgeable enough of Doctor Strange the Master of the Mystic Arts. After all I named one of my online spaces ‘The Sanctum Sanctorum’, coincidentally also the name of Doctor Strange’s lair. I may have missed it, but I didn’t see any hint of the Dread Dormammu, one of Doctor Strange’s most powerful foes. However, the tiny snippet of Mads Mikkelsen could be the missing link. It leaves me suspecting that Baron Mordo (Chiwetel Ejiofor) will eventually summon him and leave us hanging on for a sequel.

My guess as to the storyline will be something like this: we will be taken through the humble beginnings of Doctor Stephen Strange, a talented surgeon who loses the use of his hands in an accident. Losing all hope, he will travel in hopes of finding himself and in doing so will find the Ancient One who will teach him to become Doctor Strange, Sorcerer Supreme. In becoming the all-powerful Sorcerer Supreme, Doctor Strange will come up against Baron Mordo and the fate of the world will hang in the balance. Yup… I am totally looking forward to this movie that releases in cinemas on November 4th, 2017.