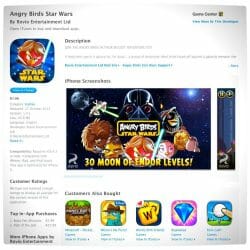 Purchasing games has never been easier. By associating a South African credit card with your South African iTunes account, buying games is now as easy as buying other apps and music – literally only a click away.

Content in the South African iTunes marketplace is also billed in Rands. Now you can finally have all of those Angry Birds games that you have been hankering for without needing a currency converter to determine the total cost. 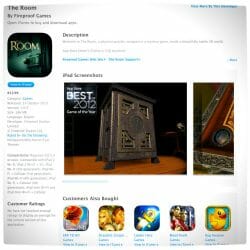 Games appear to be fairly well priced too, with the latest Angry Birds Star Wars II selling for only R7.99 and the popular puzzler The Room priced at only R15.99.

No word yet on whether Apple will support the local gaming market in the way that they have promised to support and focus on local music in South Africa.

Unfortunately, television series and movies are still not available through the South African iTunes store. However, we remain hopeful that it will happen in the near future. Until then, movie and television series aficionado’s can set up a United States iTunes Account.