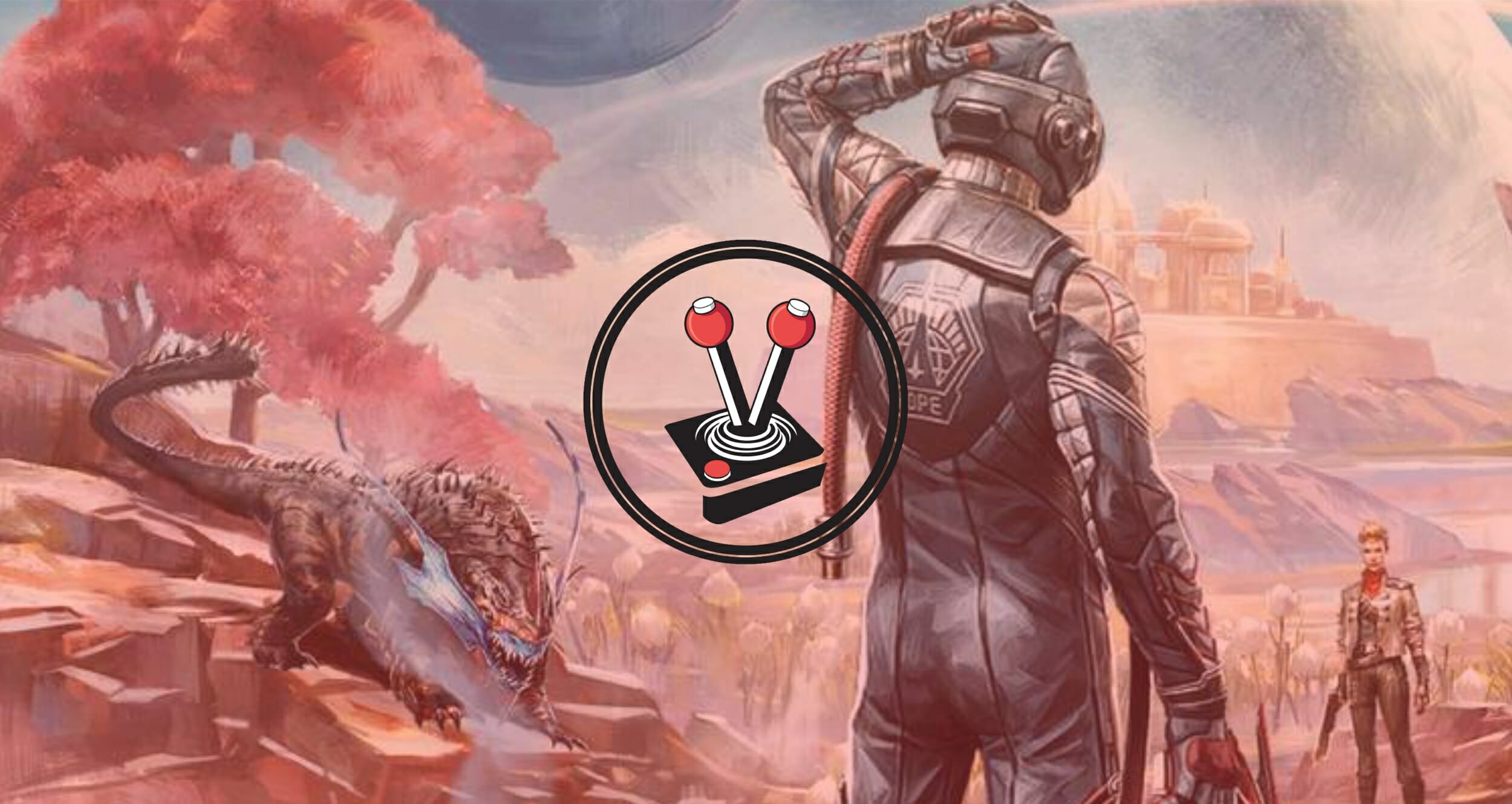 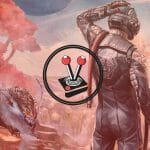 The critically acclaimed Fallout: New Vegas (2010) was everything the Fallout franchise needed. It featured good gameplay, an intriguing alternate-reality setting glued together with a compelling story, and hand-crafted side-quests strewn in for good measure. Unlike previous entires in the franchise, New Vegas was developed by Obsidian Entertainment. They also helped develop the phenomenal Star Wars: Knights of the Old Republic II (2004) – one of my all-time favourite titles – and a few other high-profile games cementing the studio as one of the best. However, while I (and many others) are completely aware of their excellent portfolio, they will forever remain as the studio who fixed the Fallout formula. Now they are back with their own title called The Outer Worlds.

The Outer Worlds is a brand-new intellectual property set in an all-new universe. Despite this, it remains true to Fallout: New Vegas in pretty much every other respect. With that said, the commonalities between the The Outer World and its spiritual predecessor only go so far. The end result is an incredible game that plays as well as New Vegas used to, while putting Bethesda’s most recent title to shame.

Right from the onset, it is clear the game takes place in a wonderfully wacky world. One that sometimes takes itself more seriously than it needs to, and at other times delivers perfect comedic relief. It is a weird balance that keeps you on your toes from the start, all the way through the main campaign and beyond.

In The Outer Worlds, you are a colonist headed toward a better future. Unfortunately, you never made it to your destination and end up spending over 70 years in cryosleep on a dilapidated ship. To make matters worse, you are quickly informed about how thousands of people on said ship are disappearing. All is not lost, however. You are flung into a universe of wonders when mad scientist Phineas Welles sends you on a quest to find and unfreeze the remainder of the ship’s crew.

Much like Dorothy who was not in Kansas anymore, your first order of business is accidentally crash landing on the mercenary who is meant to escort you off world. Wizard of Oz reference aside, this is a fantastically comedic approach to teach the player about the intricacies of the universe they will be dealing with. It is a dog-eat-dog world, after all, and you will be on your own for the most part. With the Keys to a ship called The Unreliable in hand, you set out with your adventure.

The story of The Outer Worlds is wonderfully crafted to point players in all the right directions, while ultimately letting you do exactly it is you want to do. The Unreliable serves as your mobile homestead – complete with a snarky artificial intelligence called Ada – as you explore Halcyon and undertake countless sidequests, recruit companions, and figure out the twists and turns the main campaign and its satirical storey hold in store.

What I love most about the structure of the campaign is how the game makes it abundantly clear that you can turn around and go do something else, whenever you want to. Like Fallout: New Vegas, players are hardly ever thrust into a linear playable segment where options are limited and progression is hard-locked. Rather, you are encouraged to explore and progress at your own pace – choose allegiances and make friends where you deem appropriate, and ultimately create new enemies in the process. By contrast, the only experience hindering exploration is finding Keycards to unlock the various landing sites on each planet.

In The Outer Worlds, decisions and actions are what drive the gameplay. Like Fallout: New Vegas, choosing how to tackle scenarios will never make you feel like you made a good or a bad choice. Rather, the game encourages you to get through every situation using your own smarts.

From the onset, you are told to build your character in several ways. It starts simply enough with a stat-based system similar to Fallout’s SPECIAL system. However, it quickly branches out with aptitude, abilities, and upgrades systems. The game also features an intricate inventory and gear system that augments stars, aptitudes, and abilities.

Whatever combination of aptitudes, stats and abilities you ultimately end up with, you will be susceptible to several scenarios where you will likely not hold the ideal solution. These scenarios include the game throwing all kinds of hackable terminals, dialogue stats, aptitude checks, and stat-specific gear your way; proving the world has been created for every type of player. I ended up with a gung-ho Han Solo-type of spacefarer who had no scientific skill, but who could talk his way out of the most dire of situations and shoot his way through others. I also chose abilities that would benefit me in the short term – something I ended up regretting down the line, but not in such a way that spoiled the game for me. As with most first-person role-playing games, The Outer Worlds also features a stealth system, and Tactical Time Dilation (a targeting system similar to Fallout’s VATS). Considering the way I built my character, stealth was hardly ever an option. Similarly, I hardly ever used Tactical Time Dilation, and this is where the beauty of the game lies – you play it your way. Needless to say, lockpicks (or mag-picks), sturdy armour, and large weapons are what made my character the Space Rambo of my dreams.

Much like Fallout, there are all kinds of weapons and armour available for your character, and it is always handy to keep various types at your disposal. When facing robots, shock weapons are ideal, while animals and people are more susceptible to plasma. Upgrading weapons at workbenches are also a requirement as you progress through the game and more challenging scenarios start to become common.

In addition to the main campaign, side quests and loyalty missions form a major part of the experience in The Outer Worlds. In a very Mass Effect fashion, you will come across companions in your travels. These non-playable characters (NPCs) are unique with interesting backstories and side quests meant to make you a little less lonely in your travels. You can take two companions with you at any given time. It sounds great in practice, but is very much a burden.

My biggest gripe with the game is how I had to babysit my companions. Although my character had the smoothest silver tongue the universe has ever seen, the inevitable combat situations always resulted in one or both of my companions going down mid-fight. Giving them more powerful weapons and better gear helps, but only so much. Ultimately, it never ceased to amaze me how many times they could fall out of consciousness during battle. I played the game long after launch, and I am yet to see an update to fixe this issue.

I have to add that the hardest difficulty setting in the game allows companions to die forever when they go down in battle. If I had been playing on this setting (something I often do when on PC), I would have been furious at how incompetent companions tend to be. Fortunately, I started the game on Xbox – where I usually play on the default difficulty setting – and moved to Windows 10 later on, which saved me a lot of headaches in the process.

With that said, I have to mention how amazing it is that the game is a Game Pass title, as well as an Xbox Play Anywhere game. Starting my playthrough on Xbox and continuing it on Windows 10 is as easy as launching it! Similarly, the conversion between Xbox controls and Keyboard and mouse felt incredibly natural.

Visually, the game is stunning in every way. While the graphics will not win any awards, I appreciate and love how much the game owns the fact that it is the spiritual successor to Fallout: New Vegas. Textures could admittedly be sharper in many scenarios, and animations do need a bit of work, but it looks incredible considering the exceptionally large play areas.

On PC, the game features a bunch of graphical options to let you tweak your visual experience to equal the kind of rig you have. With all settings maxed out, however, the game looks the same on Xbox as it does on PC, except for sharper 4K textures and the option of playing it at a maximum of 240 frames per second.

The Outer Worlds is technically not an open-world game. As much as it seems to be, the game largely takes place across two huge maps set on two different planets. Landing Sites are dotted across each map, but must be unlocked with keycards – items you will find in all sorts of locations and at the end of certain quests. You will spend a lot of time looking for these keycards as you open up more parts of the map and explore new locations.

While there are two main locales, every major point of interest is visually distinct and feels unique. The game does not have the usual hard-locked regions, rather every region is unique in its own way. I appreciated this aspect during my time with the game. I am a player who likes to stand around and gush over beautiful vantages and lookouts. The Outer Worlds made this very easy to do.

The Outer Worlds would fit right in with all other Fallout titles, had it been called Fallout: Outer Worlds or something to that effect. However, as I crossed my twentieth hour with the game, I am of the opinion that this game is very much its own entity. Obsidian Entertainment may have built on what they did for Bethesda, but they ended up creating a game I would much rather play than any current Fallout game, let alone any currently available first-person RPG.

From a wonderfully intriguing story, spearheaded by amazing satirical writing and a setting that continues to surprise, The Outer Worlds is incredible from start to finish. There are some aspects I wish could be better: companions are squishy as all hell, and textures could be a tiny bit sharper when scrutinised. However, as I write this and look at the folder filled with screenshots, I really cannot think of anything else, other than my need to go back into the game and continue my ‘sploring. I can already tell how The Outer Worlds will be my go-to RPG for a long time to come.