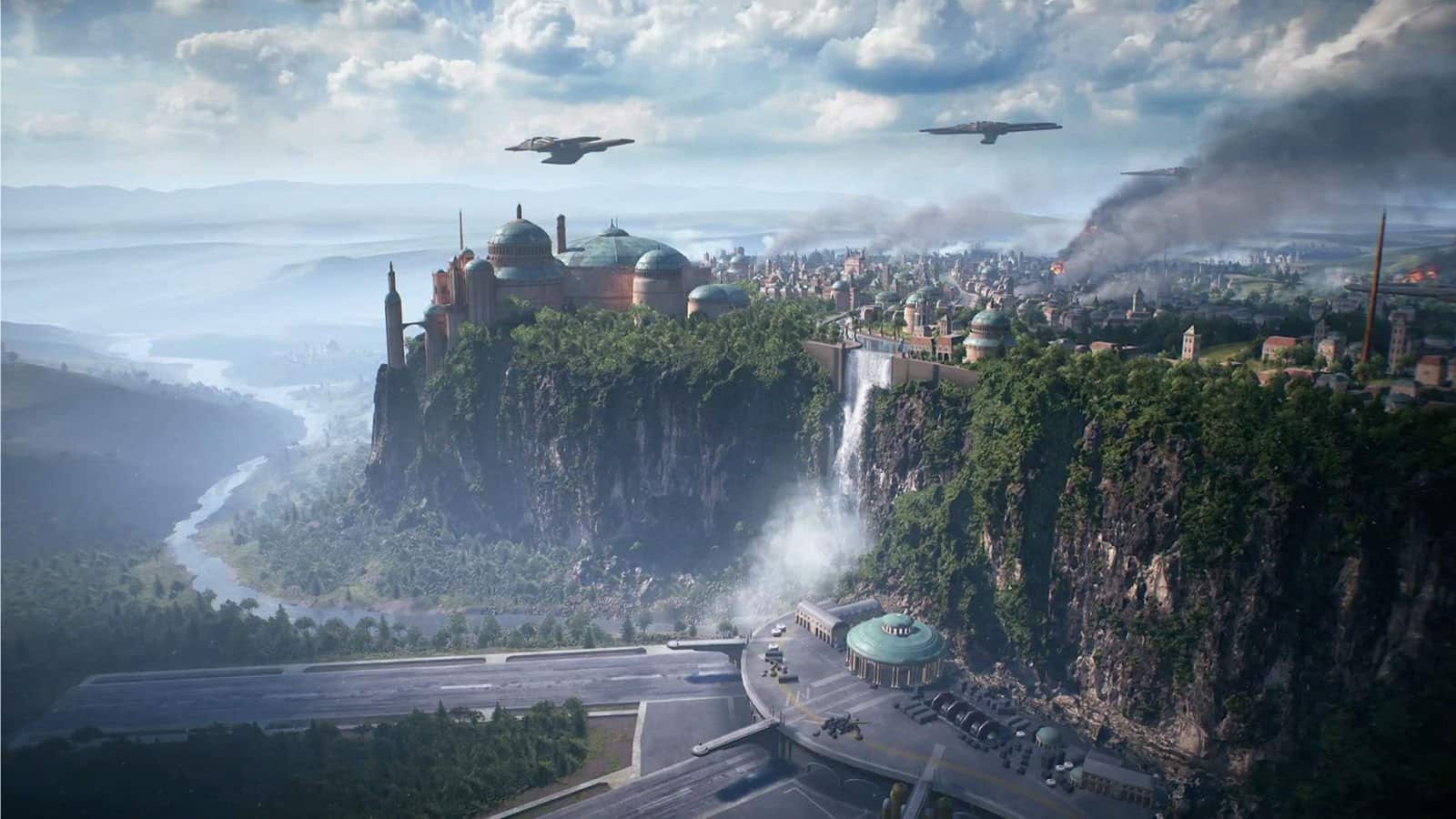 Apart from the promised single-player campaign, and amazing news that the first season of downloadable content will be free, Electronic Arts also premiered the very first footage of Battlefront II multiplayer during their EA Play press conference.

Janina Gavankar, the star of the singleplayer campaign, closed off the Battlefront II segment of EA’s show by announcing that audiences would see a live demonstration of the Assault on Theed; a new multiplayer map and game mode featured in Battlefront II multiplayer. The main point of the demonstration is to showcase how many new features and improvements EA DICE have added to the game, compared to Battlefront (2015).

Many of the new features will, no doubt, be recognised by players of the publisher’s other multiplayer blockbuster, Battlefield 1 (2016). At least, that is what it looks like at first glance. Veterans of the Battlefront franchise might even claim that these changes are simply ‘returning features’ from older Battlefront titles.

Over the course of development of the Battlefront II multiplayer, EA DICE invited dozens of gamers, streamers, and YouTubers to the main DICE offices in Stockholm, Sweden. There, they were asked to give feedback on just about every aspect of the Battlefront II multiplayer game modes. While the company took a lot of the criticism for 2015’s Battlefront, namely the lack of a singleplayer campaign and lacklustre support after release, the special guests had somewhat of a final say over things. This resulted in a brand new and completely evolved multiplayer game mode versus what Battlefront players are currently used to.

Among the changes is a new Battlefield-style class system. This forces players to choose from a number of classes that each have their own strengths and weaknesses. In the video, we get to see a medic, an assault class, a heavy trooper with a rocket, and a Sniper. It is unknown exactly how many classes there are, and how extensive their sub-classes will be.

The Assault on Theed demonstration also showcases a bit of the new aerial combat implemented in multiplayer matches. Apparently, combat within matches like these has been revamped in such a way that allows for larger play spaces. The demonstration, in particular, showed off a variation of Separatist and Clone starfighters duke it out in mid-air, while the ground forces battled it out below.

Battlefront II is slated for release on 17 November 2017, for PlayStation 4, Xbox One, and Microsoft Windows.