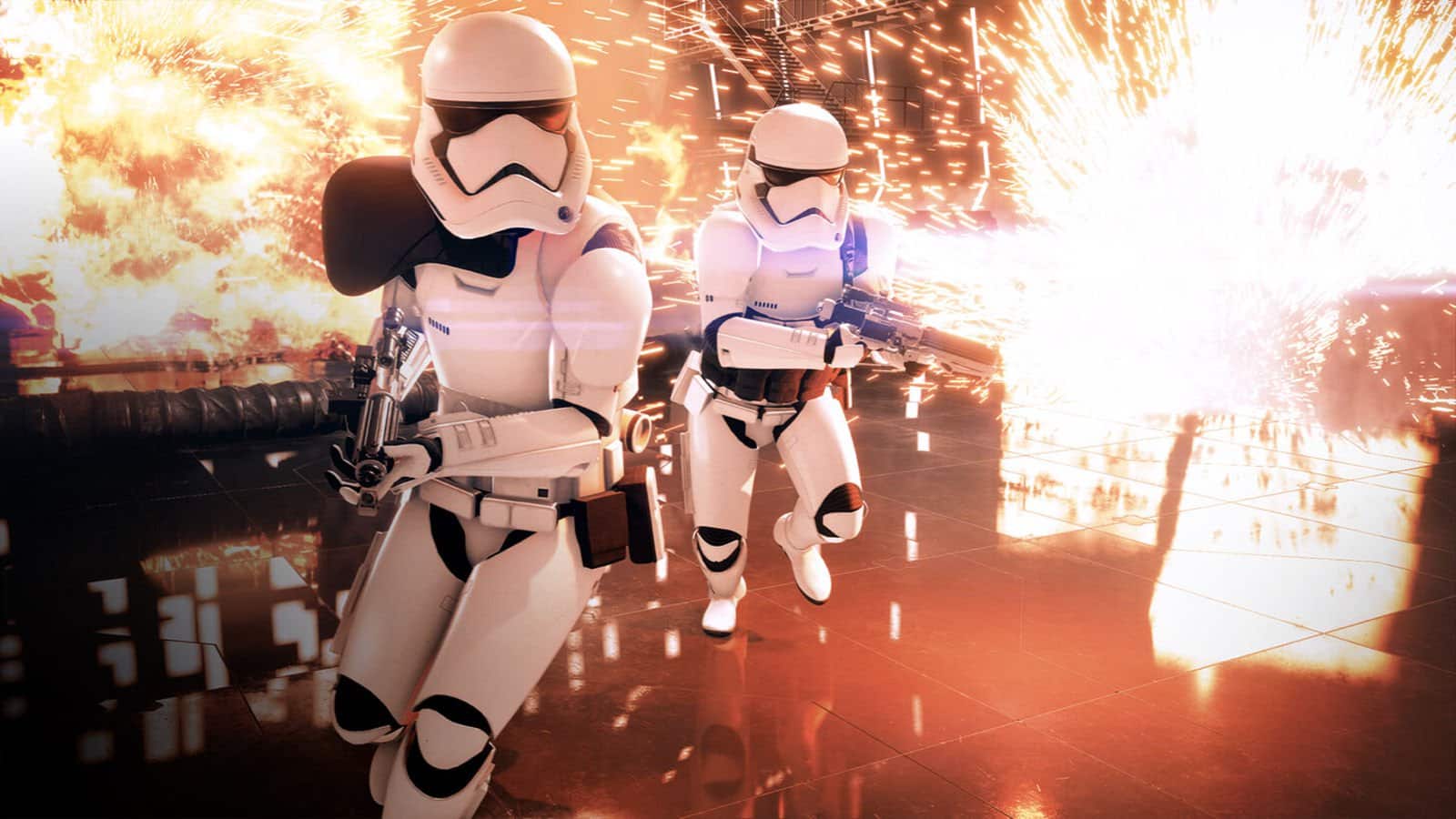 Apparently actor John Boyega (Star Wars Episode VII: The Force Awakens (2016)), loves EA DICE’s Battlefront. He loves it and shares the same feeling about the game that many gamers have: lack of a single player sucks. With this in mind, he Tweeted out in frustration and asked whether the second game would get a single player campaign? EA made it quite clear at their press conference that this made an impact on the team, which is why we now know that his little request was granted. With singleplayer out of the way, we can safely move on to multiplayer and the ever-looming threat of paid Battlefront II DLC… or do we?

In a press briefing during the EA Play conference, EA told Polygon that “all players will have access to [the free content]”. They included that free content would include “a mix of new locations, characters, vehicles, modes, weapons, star cards, and more”. Players will also be able to take part in regular live events and challenges that will come with their own special rewards. If you ask me, EA, EA DICE, and Criterion have taken a few good pages out of Activision Blizzard’s book!

Polygon also states that the first set of free content will drop in December, 2017. That is less than a month after the game is slated for release! This content will include Finn, Captain Phasma, Crait, and a new space map over D’Qar.

The entire Battlefront II segment was one with passion. From Gavankar’s amazing performance as host to the company’s promise to bring constant free content to its players, it is easy to see that Battlefront II is a labour of love for EA Dice, and it stole the show.