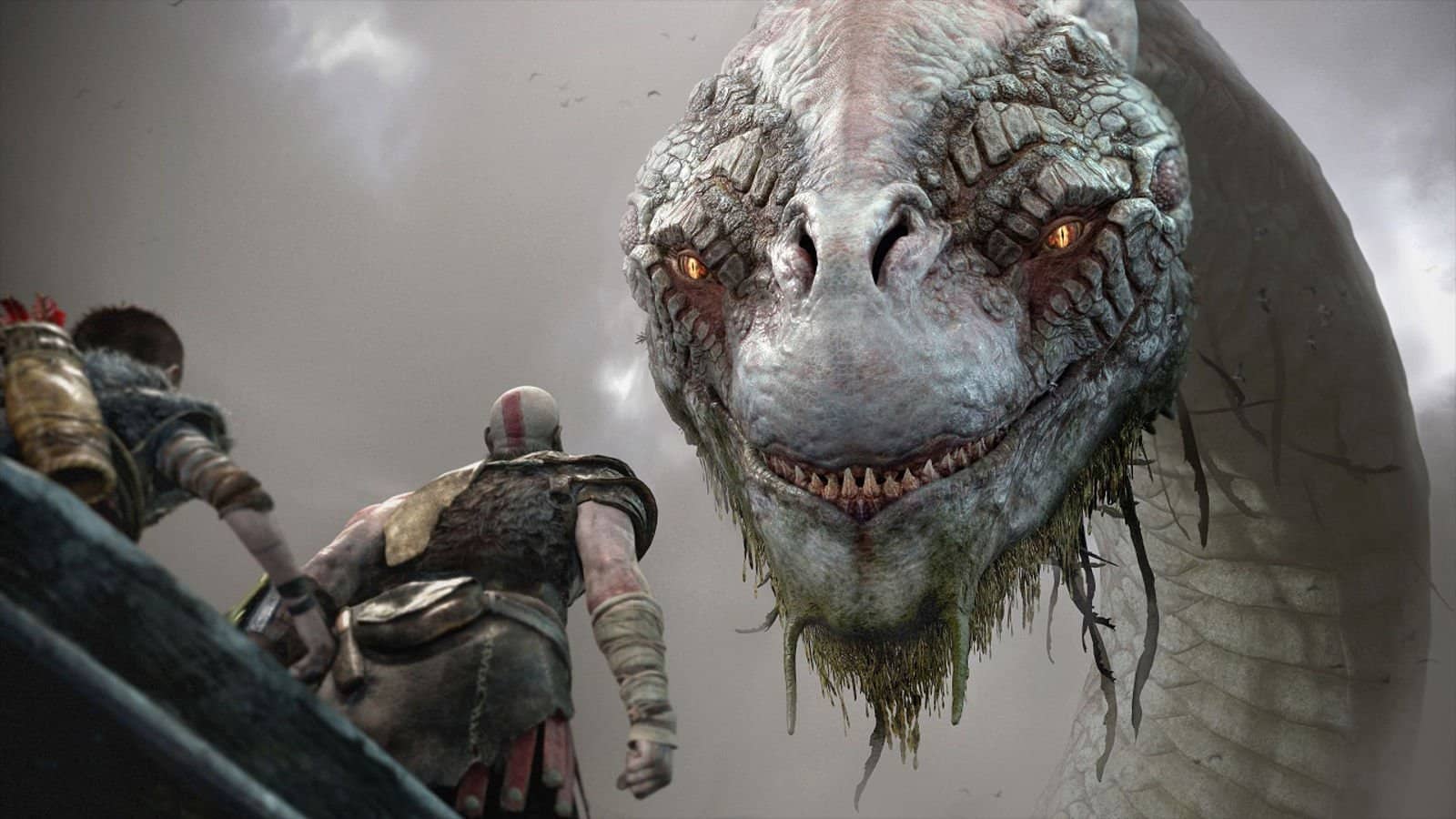 From slaying Titan and Zeus to retiring and becoming a hermit somewhere in the snowy mountains, one thing is certain: Kratos will always be a bad ass. At least, this is what I managed to take away from the incredibly generous God of War reveal during Sony’s E3 2017 presser.

A lengthy new trailer debuted during the conference and showed quite a bit of what fans can expect in the forthcoming PlayStation 4 exclusive. The trailer also revealed more about the relationship between Kratos and his son, and gave the world a few more glimpses of the combat and enemies featured in the game.

The trailer opens up with a boat ride to the coast. Here, Kratos throws his axe into the ocean, which seems to let loose all kinds of hell on the island. It also shows that the relationship between him and his son may not be as loving as we first thought. Or perhaps the cold way in which they converse could just be their way of showing they care. He does give his son some fatherly advice later in the trailer, so that is good at least. Progress! Achievement Unlocked! Needless to say, it is a spectacular showcase of what the new game has to offer. Oh, and it shows a huge snake, called World’s Serpent, which spits out the axe he threw into the water earlier. Apparently, it wants to help! Yeesh!

The trailer also offers a few glimpses of the types of locales players will get to visit. Among them are snow-covered mountain passes, frozen forests, and even watery caverns. It also includes a bit of humour! All in all, the trailer is a lengthy look at what will undoubtedly be an incredible game once it releases.

I previously wrote about how Kratos’ journey this time around is based around Norse mythology. The PlayStation Store states that this journey is “a new beginning for Kratos. Living as a man outside the shadow of the gods, he ventures into the brutal Norse wilds with his son Atreus, fighting to fulfil a deeply personal quest”. The trailer shows that Atreus thinks fondly of his mother. I am curious to see how this will play out once the game releases.

Sony also revealed that additional lore and background information of the new world that Kratos has found himself in, will be made available, in small parts, via the publisher’s social media. These “Lost Pages” will be revealed over the course of the next few months, and will tell the story of a “vengeful god from a distant land” who is “travelling with his young son on a journey borne of ash”. Three guesses who that blurb refers to!

The God of War release date is slated for sometime in early 2018. This is developer Santa Monica Studio’s first take on Kratos, and it looks like it will be a damn good one.