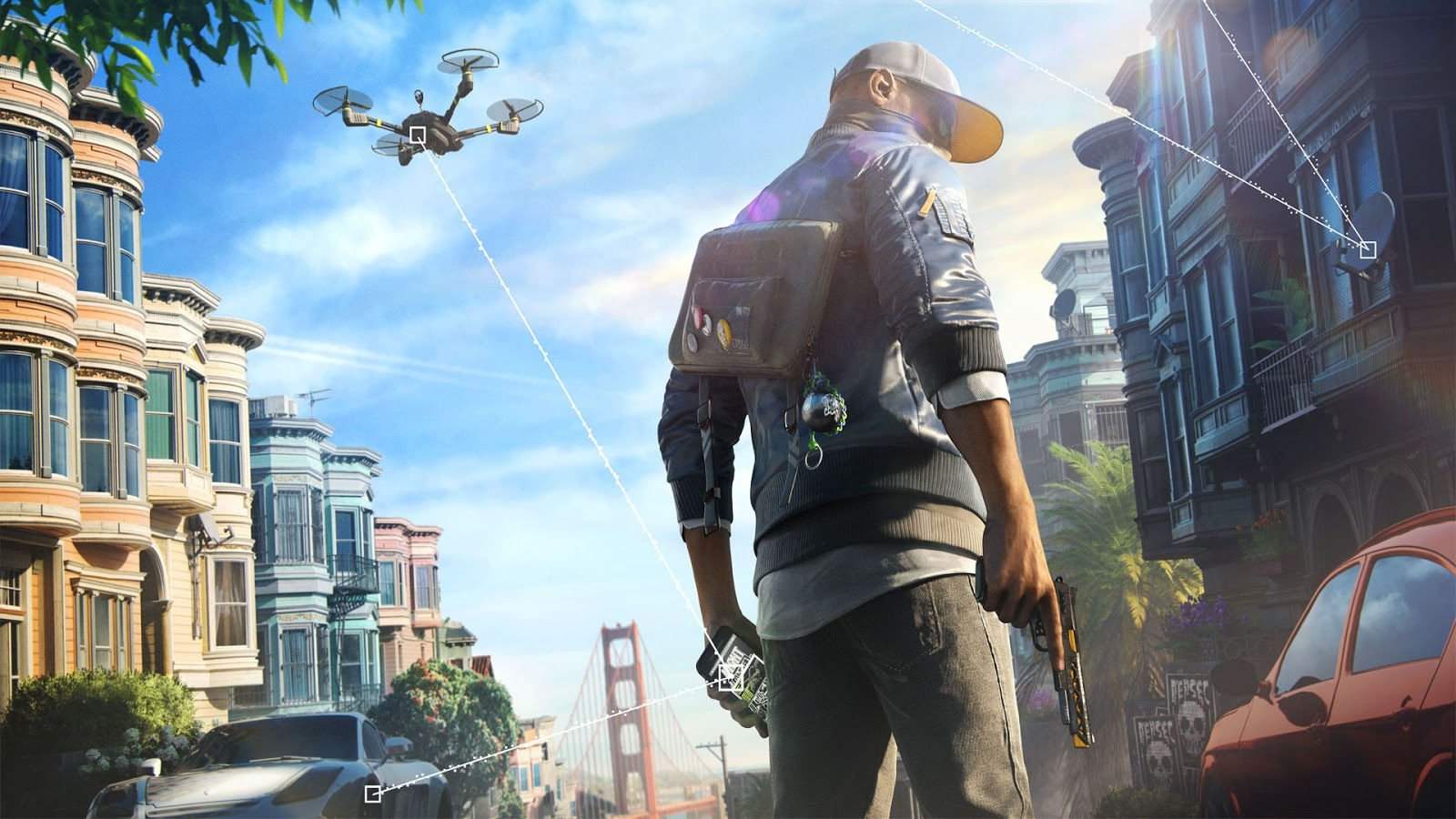 Ubisoft’s open world third-person hacking game, Watch Dogs 2, is almost here. As such, Ubisoft has started feeding more information about the game to the public.

When you think of Watch Dogs 2, a “hip and happening” game where you hack into systems via open camera feeds and ATMs, you do not think of history. Marcus, the protagonist of Watch Dogs 2, has more power in his phone than NASA had to get man on the moon! This is why it is quite an intriguing concept to hunt down the infamous Zodiac Killer, a serial murderer who was active in the 60s and 70s.

Players who are keen to take on the task of solving the Zodiac Killer’s riddles, will get an exclusive outfit for their efforts. On that end, Ubisoft also released a trailer for the downloadable content (DLC) that introduces the concept of the killer. It opens with the ominous line: “In 1969, the Zodiac Killer terrorised San Francisco. Despite all the clues, only one thing is known: he was never caught”.

Other than looking like a lot of fun, not much more is known about the Zodiac Killer mission. The outfit players will get, however, is remarkably colourful and features an orange buttoned shirt and a black tee. Personally, I dislike the outfits showcased for the game so far, but that could only be the old man in me speaking. With that said, Ubisoft has made it clear that the vibe with Watch Dogs 2 will be a lot less serious than the original game, and more lighthearted this time around. Gameplay previews so far are colourful, kind of humorous, and full of explosions. Here is to hoping that Ubisoft’s second go at this genre is a far cry better than the first.

Watch Dogs 2 releases on 15 November 2016 for the PlayStation 4 and Xbox One. PC audiences will have to wait slightly longer, as the game will release globally on 29 November 2016. 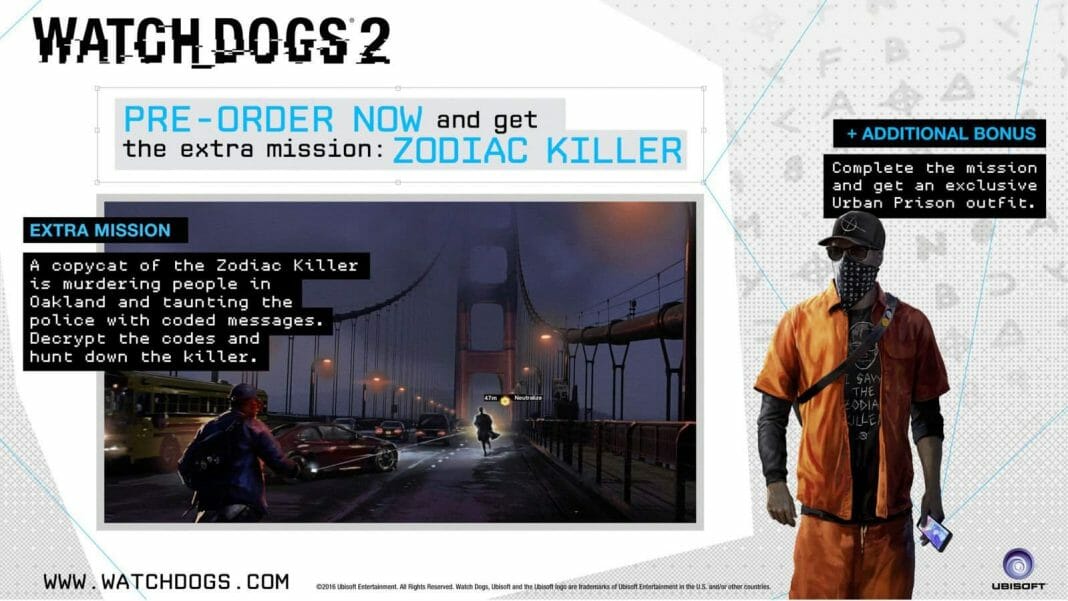