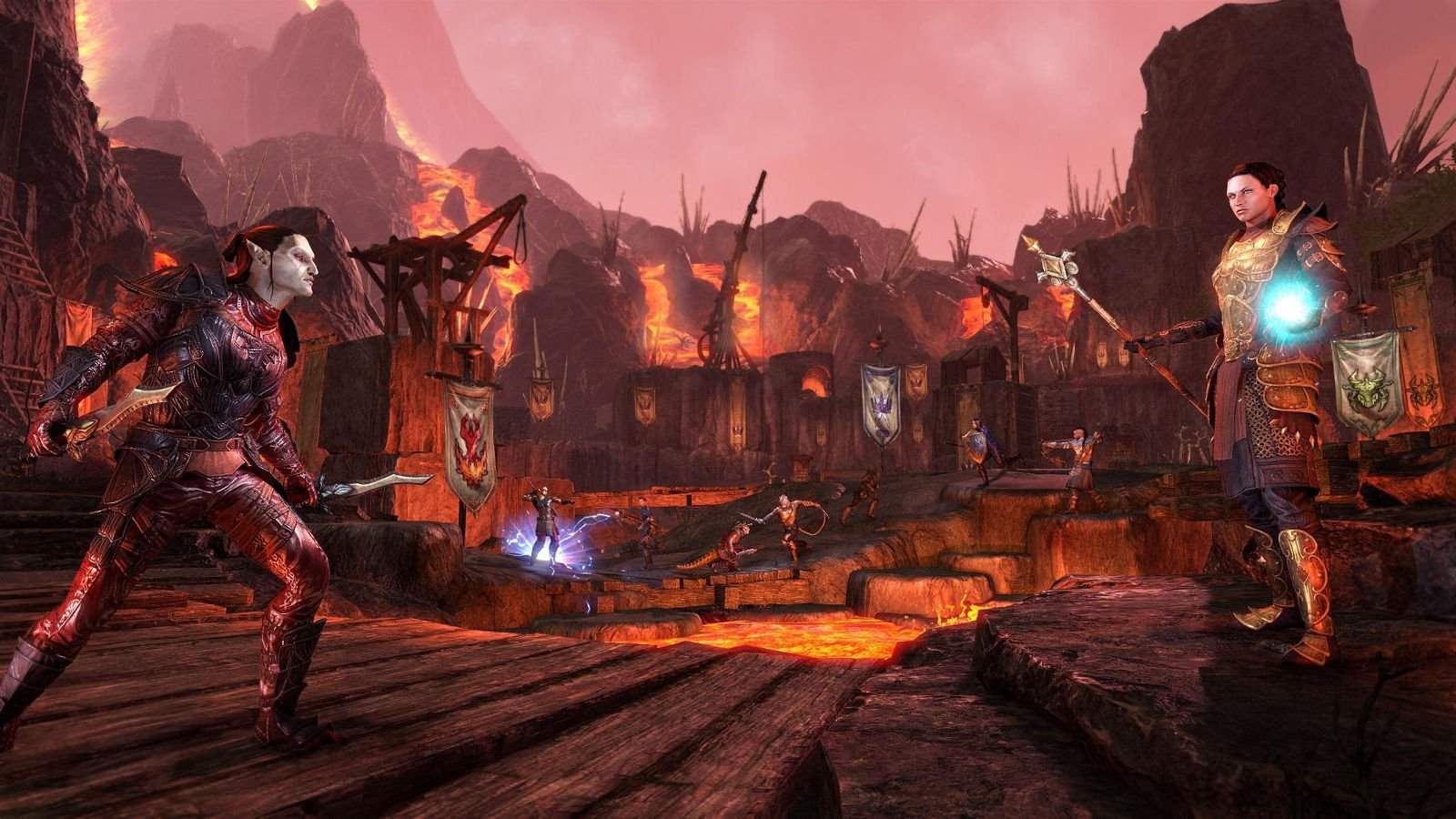 As if going to the beloved province of Morrowind is not enough; Bethesda Softworks and Zenimax Media have released a trailer that showcases the highly anticipated 4v4v4 Player versus Player mode in The Elder Scrolls Online: Morrowind.

Battlegrounds, which the huge PvP mode is called, is a part of the full The Elder Scrolls Online: Morrowind release. What makes it different from other PvP maps already in the game, however, is its focus on tight four-player teams that battle it out in smaller, focused maps. The video also showcases some more of the title’s new class: The Warden.

The video also quickly skims over the player’s ability to utilise War Bears, ice spells, and the terrain itself to reach their goal. Some lucky players even had the chance to play the new Warden class at PAX East 2017, but not much more is known about the new class.

The Elder Scrolls Online: Morrowind takes place long before the events of the third Elder Scrolls game. In this expansion, players will embark on a dangerous journey where they will travel from the docks of Seyda Neen, all the way through to the glorious Dark Elf capital, Vivec City.

The Elder Scrolls Online: Morrowind releases on 6 June 2017 for PlayStation 4, Xbox One, MacOS, and Microsoft Windows.