I often watch more television that I care to admit. As such, there are quite a few television series that would be included in my ‘favourites’ list. It goes without saying, that the HBO adaptation of George R. R. Martin’s A Song of Ice and Fire series is naturally high on my list. There is no denying that Game of Thrones is incredible. From the visuals and script, to the acting and story, it is a sensational series; and I am glad to be a Game of Thrones fan. 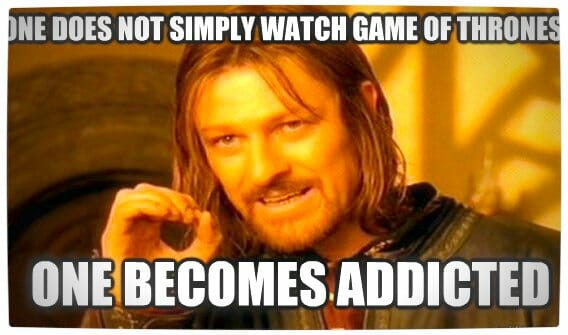 With this in mind, the following video from Buzzfeed is rather humorous and somewhat relatable – especially if you are a Game of Thrones fan.

From relating to your favourite actor and being unable to connect with people who do not watch your favourite show, through to avoiding spoilers at all costs (a huge “no no” for me); these are just a few of the hurdles that fans need to face.

Even if you are not a Game of Thrones fan (be gone with you, heathen), anyone who watches a lot of television will most likely agree with several of the points (even if only a little bit) for their own favourite show.

Which series do you favour most? Let us know in the comments.