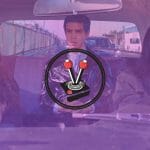 It is rare for a show to come out of seemingly nowhere, with an absolutely bonkers presentation, and still pull it off with such aplomb that I was genuinely sad to see it come to an end. Yet this is exactly what happened when I binged through the absolutely absurd (for lack of a better term) study of contradictions in the first season of the six-episode HBO comedy, Los Espookys.

Los Espookys (2019) is a wonderful family-friendly show that explores the ins and outs of running a business in a weird and wacky world where pretty much anything seems to go. The show opens up innocently enough with a horror-themed quinceañera, the 15th birthday celebration for Mexican teen, Beatriz (Giannina Fruttero). Here, the viewer is subjected to a slate of horror-themed props, such as severed-finger cookies, a human entrail cake, and general spooks all around. It is also in this moment that we meet Uncle Tico (Fred Armisen), as he makes his way through the spook-filled party, and learns that it was created by Beatriz’s brother, Renaldo (Bernardo Velasco). Uncle Tico applauds Renaldo on the excellent idea, and urges his nephew to pursue his love of being a horror technician as a full-time career.

Before long, Renaldo gathers a gang of a wonderfully wacky and loveable friends. The four of them travel all around Mexico, and eventually America, in their quest to become the best horror technicians in the world. Naturally, it is not all sunshine and roses – especially for this bunch – as the group has actual, and very relatable, life issues to deal with outside of their new business.

Renaldo (Bernardo Velasco) has, arguably, the least issues of the main characters. With that said, he is ultimately doing his best to pursue his dream of being a horror technician. At the same time, his mom keeps pressuring him to sleep with the neighbour’s daughter, and he has to explain to every client why he does not have the letter ‘Y’ in his name.

Andres (Julio Torres) is a gay, blue-haired heir to a chocolate fortune, and is the group’s main ideas man. His whole shtick is that he was abandoned as a baby, and it is his life’s goal to find out who he is and why mysterious forces seem to follow wherever he goes (a thing he likes to bring up whenever he meets someone new). While he attempts to figure out who and what he is, his long-time boyfriend tries to keep him from his “spooky” friends in order to get him to inherit the legacy of his adoptive parents.

Ursula (Cassandra Ciangherotti), on the other hand, is a dental assistant and the group’s props person. Thanks to Ursula, their special effects look phenomenal. Unfortunately, her dimwitted sister, Tati (Ana Fabrega), constantly gets the two of them in trouble. As such, the two have a financial burden to take care of, while juggling Los Espookys on the side. It becomes a little adventure of its own as the show comes to ahead.

At face value, the issues the characters have seem completely unrelated and irrational. However, this is the beauty of the show. Somehow, someway, Los Espookys manages to bring all of these stories and narratives together beautifully. Much like an episode of Scooby-Doo, whereby it is more weird and wacky than scary. While these four friends juggle their everyday lives, complete with demanding boyfriends, pyramid schemes and financial woes; they come together to create the most hilarious and horrific scenes for a good buck. The show starts out by tasking the group to fake an exorcism, then quickly evolves into a quest to bring rumours of a sea monster to life, take control of a haunted mansion, and even abduct the United States Ambassador (and the consequences that follow).

A lot of what makes Los Espookys great undoubtedly comes from the minds of writers/actors Fabrega, Tores and Armisen. Not only do they manage act as unique characters in their own right, but they also bring the mystical and nightmare realms together with an unsuspecting real-life silliness. The comedy in Los Espookys is especially dry and witty, and is self-aware enough to be funny, but not so much that it feels unnatural or out of place. It relies heavily on how absurd life can be, and benefits extremely well from a cast who are not afraid to show the audience how to let loose.

The show also benefits immensely from a whole list of running gags. Things that you would usually attribute with kids shows and cartoons, all mixed together with adult-themed narratives. Some examples include how Andres’ parents never have their entire faces shown on camera; how Renaldo always has to explain why his name lacks a Y; and how a TV Show host acts like a Stepford Wife as she battles to figure out her own past. All of these elements of absurdity in Los Espookys ensure viewers will not be able to take the show seriously. Instead, it forces you to look at the strange and wacky mess, and either take it all in or throw it all out. Fortunately, the show is good enough to make the second option moot.

I particularly like how every character stands out in their own right. Renaldo is an engaging lead character who values integrity and morality above all else. He also has an awe-inspiring smile that never fails to disappoint. Andres, on the other hand, will see his honesty be the death of him. He says things as they are, and is not afraid to get on someone’s bad side to expose what he believes to be the truth. Ursula is the teams strong-willed single woman who brings “the teeth”, while Renaldo “brings the smile” to every situation. Tati, meanwhile, seemingly fumbles through life by taking it one step at a time. She might not be the sharpest tool in the shed, but she is, by all means, the shiniest – easily one of the best characters to ever come out of a comedy series.

One of the most intriguing aspects of Los Espookys is how the characters seems to stick together, and how every scenario “just works”. Fred Armisen, Ana Fabrega, and Julio Torres have crafted a world where magic seems to be both commonplace, and mystical. Where characters mimic real life, while also being extremely cartoony; and how extremely weird and wacky stories somehow fit together beautifully in the puzzle of life.

Los Espookys depicts a world where nothing should be taken seriously or even carelessly. It offers a unique, new and fresh take on the comedy genre, unlike anything seen before. The show may be Spanish (for the most part), but the subtitles are carefully written and crafted to add charm to the show. Acting, while seemingly strange at first, will quickly fall into place as an essential building block into what is undoubtedly one of the best comedy casts this side of 2019. If you are into weird and wonderful premises, a strong cast of characters unlike anything yet seen on television, and do not mind a bit of reading, there is no doubt that Los Espookys is the show for you.