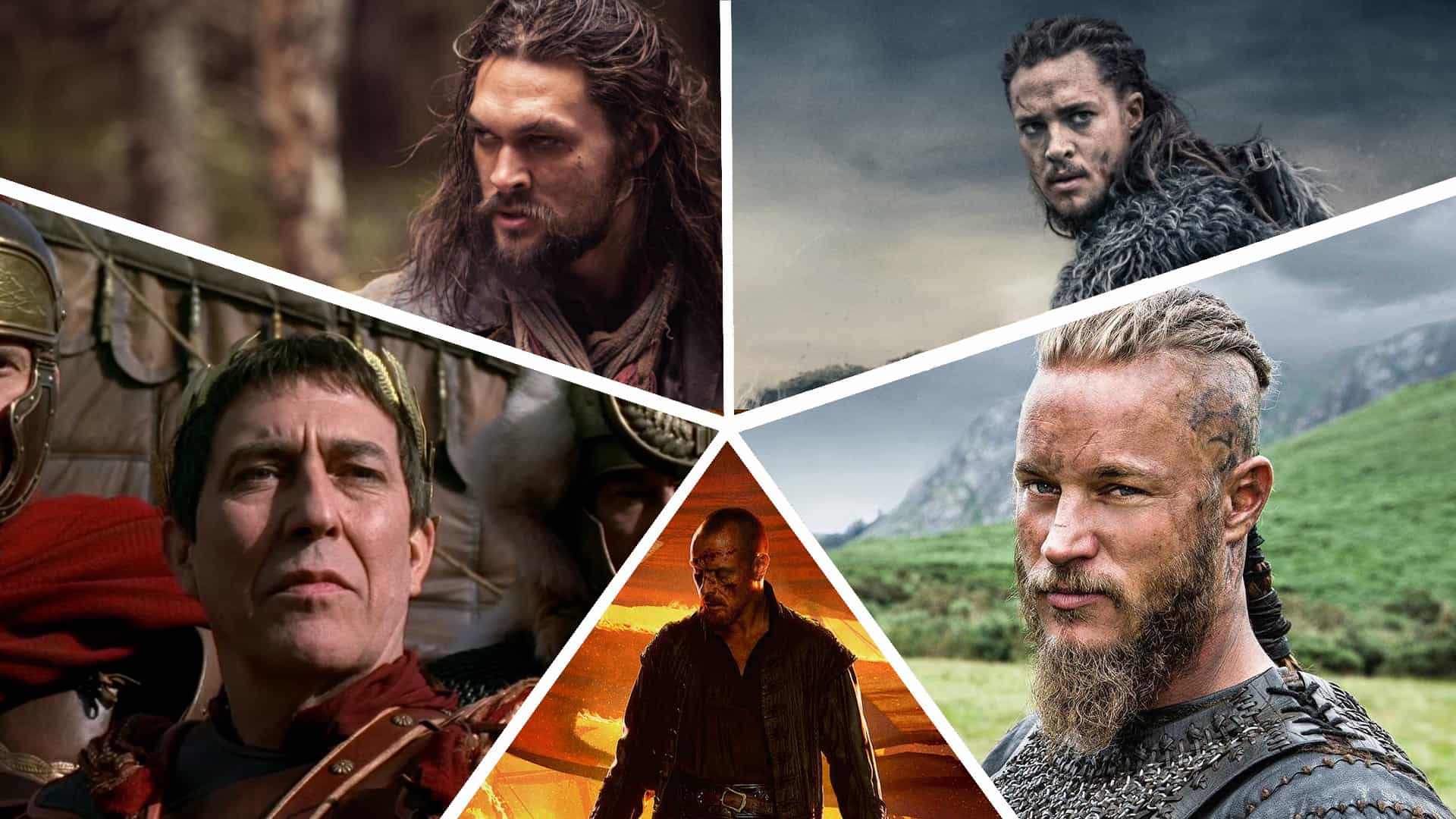 Since Game of Thrones first released in 2011, it has engrossed millions of viewers and treated countless people to incredibly detailed narratives set within a fantasy setting. Say what you will about how it ended, but there is no denying that Game of Thrones (GoT) is, and will be for some time, one of the best fantasy series in modern entertainment. Hence why it is worthwhile to try and be aware of other TV shows like Game of Thrones

Game of Thrones has completely changed the way we experience television. With the advent of streaming and the nature of media consumption on the internet, viewers no longer resort to living by the rules of the television’s schedule. Rather, most users stream their weekly #GoT fix via services such as HBO Now and HBO Go. In fact, Variety reports that the fourth episode of season 8, The Last of the Starks, drew 17.2 million viewers over all available platforms – equalling the same number of viewers of the season 8 premiere!

Now that the show has ended, you might wonder where your next big fix will come from. In this list, I will go over a few TV shows like Game of Thrones, whether they are based in fantasy, history, or both. You will notice that pretty much all of them are based on historical periods. The reason for this is simple: there is no single fantasy television series good enough to list on its own. Not yet, anyway, and at least none with the scale and lore offered by Game of Thrones.

With that said, all shows relate in some way to epic dramas that are drawn out over long periods. Expect a lot of sword fights, a little bit of magic, and maybe even a hot (and very familiar) character or two.

TV shows like Game of Thrones (in no particular order):

The Last Kingdom is a great alternative to Game of Thrones for a few reasons. In particular, it can be recommended solely on the fact that it, too, is based on a popular novel series. In this case, The Last Kingdom is based on Bernard Cornwell’s Saxon Series of novels of the same name. It takes place in the 10th century, during a time when Briton (as it was called at the time) was still seven separate kingdoms.

The Last Kingdom follows the main protagonist, Uhtred of Bebbanburg, as he is forced to choose between his birthright or the people who raised him into the man he has become. However, due to a spate of unfortunate events, the choice becomes one-sided as he seeks to avenge those he loved.

The Last Kingdom holds a very impressive 91% critic average on Rotten Tomatoes, while audiences have deemed it 2% better. The third season boasts a 100% critic rating, making it a surefire bet that it is a good commitment and one of the best offerings in terms of TV shows like Game of Thrones.

As far as TV shows like Game of Thrones go, Frontier definitely fills the void left after Arya set off into the sunset, and before that when Lord Peter Baelish’s conniving and scheming was put to an end. The show chronicles the North American fur trade in the late 1700s. It features historical figures and a surprising amount of political intrigue; which is not even the point of the show!

Frontier is told from the perspective of Declan Harp (Jason Momoa – Khal Drogo), who is out for revenge on a man named Benton, a high-profile lord and member of society. Benton, it turns out, is Harp’s sworn enemy; after his men led an execution against a number of British Soldiers, save for one, Declan Harp himself. The series ultimately takes a huge turn where one man’s story turns into the story of the many. Loyalties get tested Lord Baelish style, and battles are fought Jon Snow style. What is there not to love?

Strangely enough, Frontier has no score from either critics or audiences at Rotten Tomatoes! You can take my word for it, however, Frontier is great!

Rome may have aired long before Game of Thrones, but it certainly counts as one of the most underrated gems of modern entertainment currently available. It relates heavily toward the fair few of you who watched Game of Thrones for the blood, gore, sex, and yes, political intrigue – a proper HBO show! Rome has it all! Such a shame that it ended after only two seasons. Even so, it is one of the most visually similar TV shows like Game of Thrones.

The show follows two Roman soldiers closely. Lucius Vorenus and Titus Pullo find that their lives are intertwined with a number of events that lead up to some of history’s most famed and recounted events. However, while Titus and Pullo act as the focalisers, the show effortlessly also tells the tale of Rome’s richest and most powerful entities. In particular, it depicts Julius Caesar (Ciaran Hinds – Mance Rayder) reigning as a dictator and chronicles his betrayal by Marc Anthony.

Rome holds a pretty impressive Tomatometer score of 84% on Rotten Tomatoes, with 98% of the website’s viewers wanting to see it.

If you think that Game of Thrones failed to scratch that naval warfare itch, you are not alone! Fortunately, Black Sails expertly covers naval warfare and adequately throws the GoT-standard sex, violence and nudity in there for good measure! A lot of the show takes place on the open seas, but as far as TV shows like Game of Thrones go, this is perhaps the closest show you will find in this entire list.

Black Sails follows the life and times of Captain Flint. It tells of how the incredibly popular pirate launched a revolution against the British in the Bahamas, and how he built an entire fleet to do so – thanks to a cache of Spanish gold. Yes, this is, quite literally, a prequel to Treasure Island, and an R-rated one at that.

Black Sails comes in at 81% from critics on the Rotten Tomatoes Tomatometer, while audiences have scored it slightly higher at 90%. Season 2, in particular, boasts 100% from critics though, so there is that!

Who knew that the History Channel could do anything more than documentaries about aliens, and reality shows about pawn shop employees! Vikings is an exceptional TV show like Game of Thrones. At its inception, the show takes place in 793 AD. It accurately depicts this era’s pagan spiritualist beliefs while throwing a bunch of adult themes in there for good measure.

The show primarily follows Viking Legend Ragnar Lothbrok as he starts out as a farmer and soldier who ascends to power and becomes the Scandinavian King and one of Norse mythology’s most prominent “modern” tales. Vikings spans entire generations of conflict and trade between the Viking warlords and outside enemies who would stunt their exceptionally fast growth to the south and the east. The show may not have any dragons, mystical show demon babies, and zombie armies, but it most definitely has incredible plot twists and massive, bloody, battles. Also, Travis Fimmel is hot. Don’t @ me.

Vikings features a series average score of 91% on Rotten Tomatoes, with an audience average of 91% as well. Season 3, however, comes out at 100%. I think it is safe to say that it is worth the commitment!

As far as TV Shows like Game of Thrones go, The Expanse might be the most out of this world entry yet, but hear me out. The Expanse can easily be described as “Game of Thrones in space”, for one huge reason alone: political intrigue. The series is set in the future, where humanity has colonised space. Corrupt authority prevails and people go missing at an alarming rate. All while the state of affairs can quickly turn into an all-out civil war.

The Expanse follows a group that finds themselves in the midsts of a conspiracy that could unravel the very lives of the people around them. From the onset, the series follows detective Josephus “Joe” Aloisus Miller (Thomas Jane) as he searches for an heiress named Julie Mao. Along the way, the show expands to tell the stories of James “Jim” Holden (Steven Trait), and Chrisjen Avasarala (Shohreh Aghdashloo) as their actions directly influence the already-fragile peace treaty between Earth and Mars.

The Expanse has a cool 90% aggregate on Rotten Tomatoes, with its third season marked at 100%. There is no doubt that this is one of the TV Shows like Game of Thrones that you simply must check out.

Whether you miss the political intrigue, the underdog rising up the ranks, or just the eastern rise into power, the shows above certainly scratch all of those itches.

Do you have a favourite fantasy/medieval TV show that might fit into this list? Let us know!