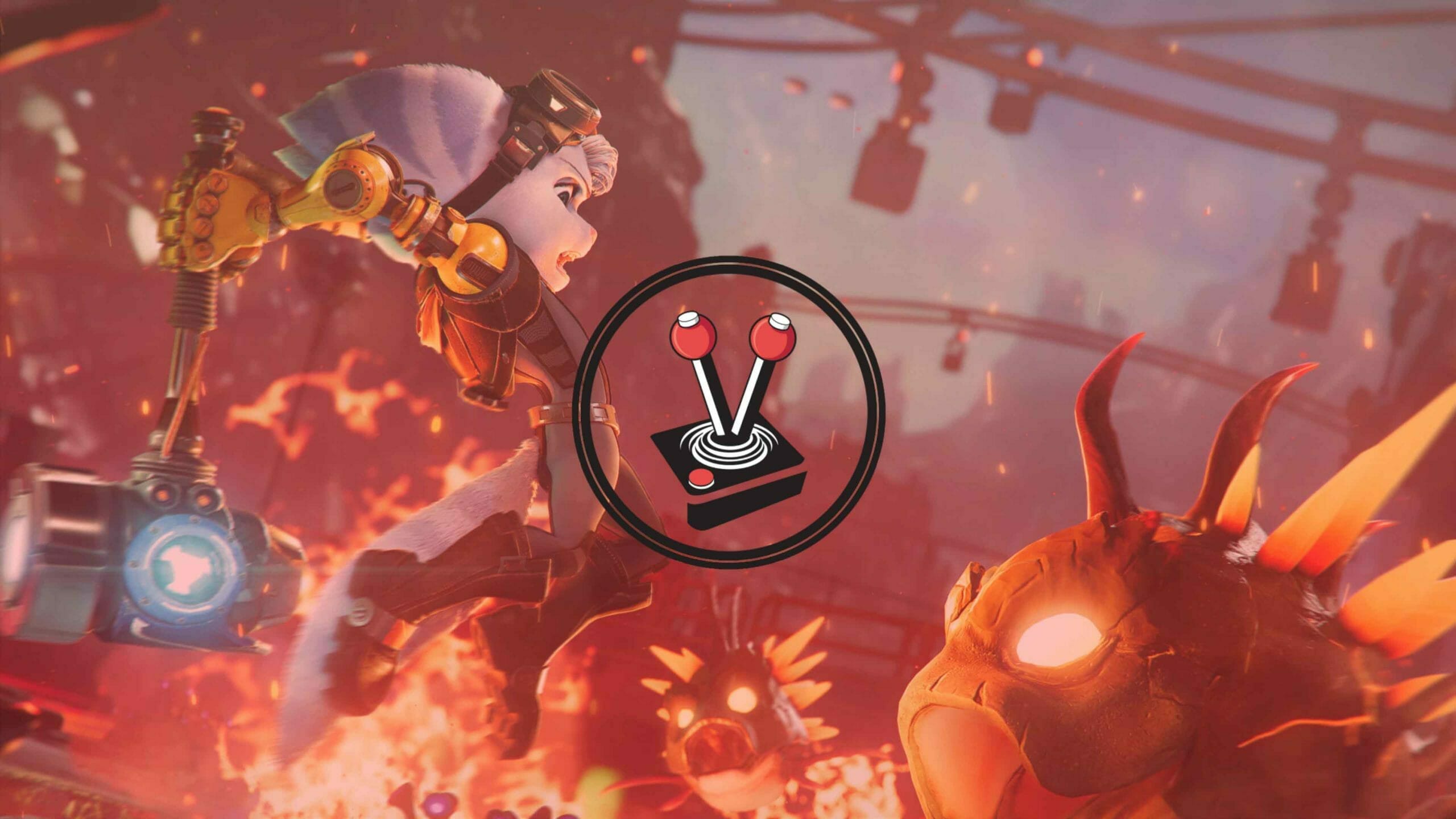 Back when the PlayStation 5 was initially announced, one of the first games showcased for the upcoming console was the third-person platformer, Ratchet & Clank: Rift Apart. The new game was revealed as a continuation of the franchise, and channeled a certain level of confidence in order to attempt to reignite a franchise already partially rebooted in 2016. The new game clearly needed to bring old fans back, pull new ones in and create something that feels new and fresh, yet also familiar. Ratchet & Clank: Rift Apart was also announced for a next-generation console and, therefore, had to bring the franchise into the future to deliver the next-generation experience fans expect.

Since the launch of the PlayStation 5, there have been many fantastic games released on the console, from Marvel’s Spider-Man: Miles Morales through to Horizon Forbidden West. Since 2020 and the birth of the PlayStation 5, however, very few games have truly utilised the system’s technology to create an experience worthy of being called “next-generation”, which is where Ratchet & Clank: Rift Apart truly sets itself apart from all other titles. Calling Ratchet & Clank: Rift Apart the first, and one of the only “next-generation” titles for the PlayStation 5 is not an exaggeration, rather it’s a title the game more than earns and deserves.

As a whole, there is so much Ratchet & Clank: Rift Apart does right that it is hard to be able to remove oneself from everything and look at the game critically. Obviously, it is not perfect, no game ever could be, however, it comes pretty close. One of the first noticeable differences between the game and others played on the PlayStation 5 is how well the game utilises the PlayStation 5s ultra-high-speed storage, allowing players to seamlessly and instantaneously swap between dimensions or characters in-game, with loading screens becoming a relic ofthe past. Loadscreens are a staple in games, which is why the moment they are gone for good it instantly stands out. While playing through Ratchet & Clank: Rift Apart there were many moments where a loading screen would normally present, resulting in a notion of a reprieve about to take place; only to find the action continuing on without a breath. It is fantastic, yet definitely something to get use to.

While being the first new Ratchet & Clank game in nearly a decade, the game is still very much a traditional Ratchet & Clank game. As such, the whole “saving the universe” trope still feels just as thrilling and exciting as it did back in the day. The game also manages to achieve the impossible by adding a new character, Rivet, into a well known and well-established mix and blending it in so flawlessly it is hard to imagine the series without them.

Rivet, the most significant addition to the franchise, is one of the most enduring and fully fleshed out characters to be introduced in gaming in recent memory. It’s never an easy task to introduce a brand new main character into a franchise that has been around for as long as Ratchet & Clank has; without it seeming jarring or pointless. Yet in the case of Rivet, it feels more like a natural progression for the story of the game. The addition of the character allows the game to explore deeper topics surrounding mental health, which the franchise could not approach before. She is also more than just a female version of Ratchet; instead, she is a character with a unique personality and story to tell, and feels inseparable from the game. The addition of Rivet also works to highlight the aforementioned lack of load times as swapping between Ratchet and Rivet is always smooth and instantaneous, making it an absolute pleasure to instantly change between them during the game, and experience the differences in playstyle each character brings.

To top it off, Ratchet & Clank: Rift Apart is also one of the most heartwarming stories to have come out of the franchise thus far. The writing perfectly strikes a balance between emotionally charged moments and the usual comedic silliness players have come to expect. While technically being a follow up to 2013s “Into the Nexus“, the story in Ratchet & Clank: Rift Apart is so well told, and the gameplay so easy to pick up, that it does not rely on prior knowledge to be enjoyed. Of course, those who have played the original titles will be treated to plenty of tiny little throwbacks and fan moments – all of which heighten the experience.

For example, one can hardly talk about a Ratchet & Clank game without mentioning the ridiculous arsenal of weapons the franchise is famous for. From a weapon launching robot dogs at foes, to one turning enemies into shrubs, Ratchet & Clank: Rift Apart does not disappoint. It is clear Insomniac sought not to abandon core parts of the franchise in favour of a “fresh” reboot, but instead kept and embraced them – making the new title feel very much like the games many grew up with. While Ratchet still has his trusty wrench, the sheer increase in the scale of battles throughout the game means melee combat is more often than not better left ignored. A major part of combat this time around is utilising the various rifts scattered throughout the game. These rifts allow Ratchet, or Rivet, to instantly cross the battlefield in order to blindside foes, get to higher ground to get better shots, or even leave the area altogether. One of the only downsides to combat, and the game in general, is the minimal variety of foes to battle. Although the game clearly takes a quality over quantity approach, the nervous anticipation of being ambushed disappears after a short amount of play. Therefore leaving players with an all too familiar experience, where facing the same foes, again and again, lessens the replayability. This is unfortunate as combat within the game is some of the best around and truly shows off the capabilities of the PlayStation 5. When there are enemies as far as the eye can see, explosions and particles everywhere, and the game still feels as smooth as butter; it’s hard to believe just how far gaming has come.

The game also takes full advantage of the PlayStation 5s DualSense’s adaptive triggers and haptic feedback to give an added level of immersion each time combat is entered into. No matter which weapon is equipped, a half pull on the trigger will activate the weapon’s standard fire mode, and a full press will activate the alternate fire mode. Each of these modes will then be mirrored on the controller’s built-in rumble. It is a thrilling addition to the game and means combat is always something exciting to look forward to instead of a tedious “same-old” experience.

Ratchet & Clank: Rift Aparts “quality over quantity” approach is not just limited to the variety of enemies, it is also very apparent when looking at the size and scope of the world. Instead of trying to be yet another open-world game, Ratchet & Clank: Rift Apart instead gives players lots of smaller and more contained planets to explore. While this does at times make the game feel smaller than it should, it also adds an extra layer of detail to the game as each planet looks and feels distinctly different from the ones to have come before.

One of the other significant improvements over the previous games is traversal. Other than the introductions of rifts, the game also adds the ability to wall run and includes a newly refined dodging and dashing move. These new options help make the game more exciting to travel through and allow the implementation of more intricate platforming.

It is amusing to think how Ratchet & Clank, a game that first came to console twenty years ago, would be one of the most graphically stunning and polished game experiences currently available for the PlayStation 5, yet it truly is. From start to finish, Ratchet & Clank: Rift Apart is a dazzling foray into the brightly coloured abyss of the interstellar while also shining a spotlight on the smaller moments; like the way light refracts on Ratchet’s fur, to bring the whole game to life.

In addition to being a sight for sore eyes, the game utilises clever audio design to pull everything together, and it is one of those features often forgotten about yet always appreciated when done right. The game takes full advantage of the PlayStation 5‘s 3D audio features, and excels as a result. Players can pinpoint precisely where friends and foes are, even when out of sight; and the overall clever integration of 3D audio makes the game feel alive, even when just walking through the in-game city and hearing the small nuances of vehicles and robots passing by. This was also the cause of my spirit leaving my body on more than one occasion, since it is certainly something to be frightened by a stray bullet coming out of nowhere and hitting you directly in your left eardrum.

The audio is also, rather surprisingly, incorporated directly into combat by having a weapon that relies entirely on audio cues to work. Taking advantage of the PlayStation 5‘s built-in controller audio is the “Wreckochet” – one of the most unique and fun weapons in the game. It is a gun that makes a noise like a pinball machine and fires a bullet which ricochets around when timed correctly to the audio cue on the controller. It is a great showcase of the potential audio has to add immersion to a game.

At its core, Ratchet & Clank: Rift Apart is a whole lot of heart mixed with some fun and approachable gameplay. The initial trip through the multidimensional narrative should take anywhere between ten and fifteen hours, depending on personal playstyle. However, once the game has been completed, players can unlock New Game+ Mode, allowing them to bring all of their guns from their previous playthrough into a more challenging game mode with many new surprises to discover.

Ratchet & Clank: Rift Apart feels wonderfully faithful to childhood memories while, at the same time, clearly belonging in 2021. The title looks and plays like a modernised version of a nostalgic memory. In this regard, it is in a league of its own and serves as a shining example of what gamers can look forward to as the new generation of consoles matures.

Title reviewed on PlayStation 5 with code supplied by Insomniac.