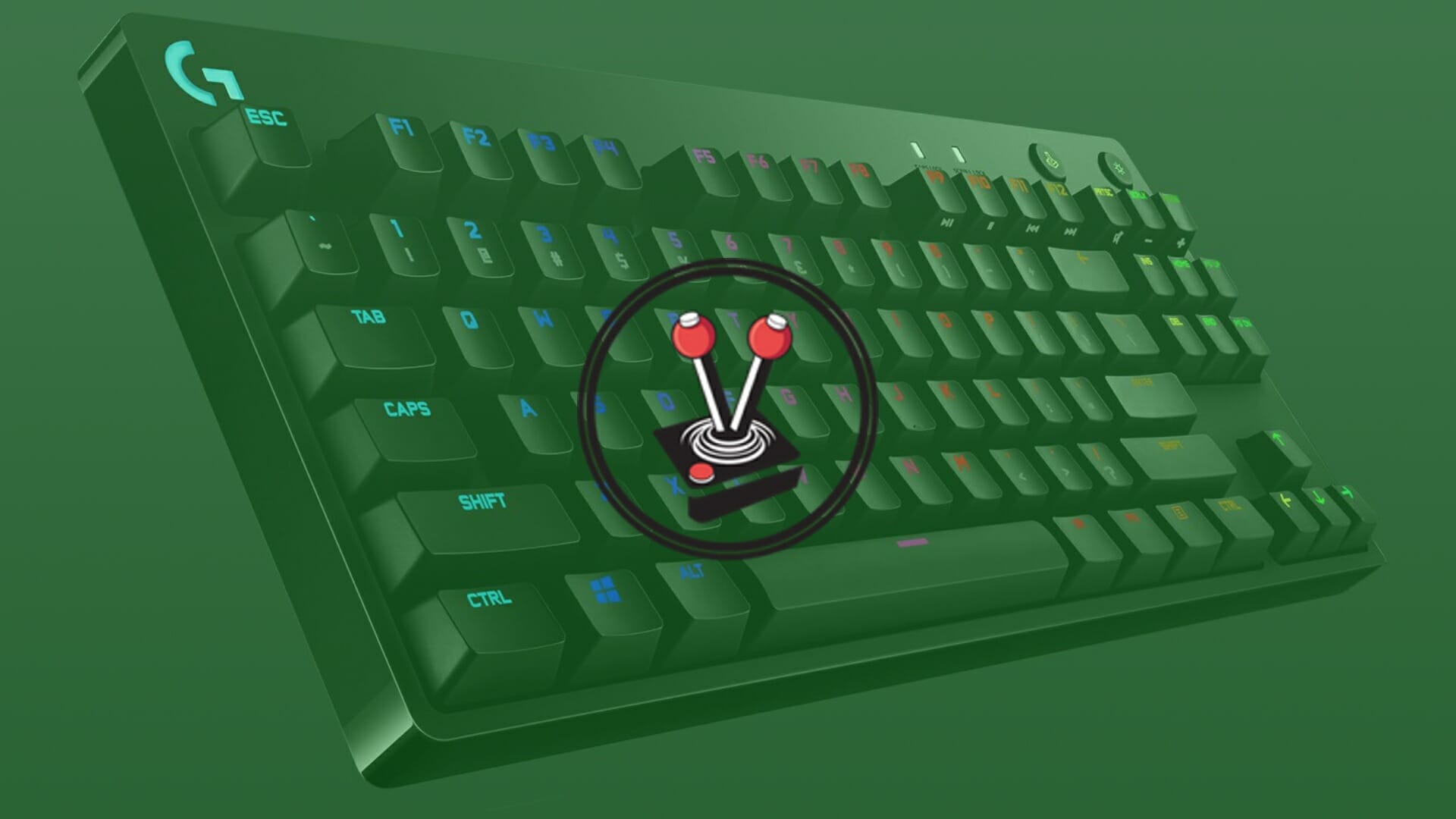 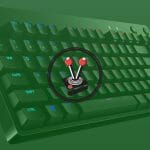 The term “Professional Gaming Peripheral” is a bit of an oxymoron, at least in my opinion. This nomenclature usually entails some kind of budget-to-mid-range computer hardware designed for the “ultimate mobility and plug-and-play gaming”. My personal issue with professional gaming peripherals is that they neither look professional or offer professional features. Fortunately, this is an issue gradually being worked on and alleviated as more brands and companies bring their own mechanical switches and designs to the table. In Logitech G’s case, this entails straightforward function-over-form designs and no-fuss installations, barring strange one-off yearly designs. This is partly why I love the Logitech G Pro Keyboard. It shows the best of the company while steering clear of the gamey gimmicks Logitech G have tried to implement in recent years.

Naturally, gamey gimmicks have a certain charm to them. As a gamer, I too like to bask in the presence of cool modern-looking tech and weirdly shaped hardware. The issue is that these kinds of peripherals get old quickly. Nice and conservative designs, on the other hand, really do have a timeless and interesting draw. For the longest time, I have been using the now-discontinued Logitech G410 Gaming Keyboard. Its tenkeyless design is a definite plus and it has RGB capabilities for the odd times I want to show it off. It does, however, also have one of those weird gamey designs. In stark contrast, the Logitech G Pro Keyboard is a nice and reserved keyboard with features where it matters.

The Logitech G Pro Keyboard is a sturdy keyboard with a beautiful and bold hard plastic body with the tiniest of rounded edges. It has a matte black faceplate while all of its sides are smooth and shiny, with cutaways for the mechanical keycaps (obviously) and the semi-proprietary cable. As my daily driver, it is also tenkeyless. This means it has no number pad on the right-most side of the keyboard. Tenkeyless keyboards have gained a lot of traction in recent years thanks to the removal of the highly unnecessary Numpad. Not only does it open up a lot of space for gamers on the go (such as esport professionals), but also gamers with little space.

The Logitech G Pro Keyboard’s straightforward rectangular design allows for an extra few centimetres of space around all of its edges – an incredible luxury the G410 does not afford. Beyond these glaring differences between the G Pro and other “normal” gaming keyboards however, the G Pro offers little else. It has the usual Logitech Gaming Button which disables the Windows key and any others you have set up, and a Lightsync button that turns the RGB on and off. It also features big rubber pads on the bottom, with 4- and 8-degree angled feet for optional propping.

In terms of the G Pro Keyboard, Logitech have been kind enough to offer this keyboard to us for long-term use. As such, I have been putting it through its paces for the last four months. While four months might not be enough to get to know every single quirk and oddity the keyboard might have, it has been long enough to make a few very important notes.

One of the most prevalent is how I wish the keyboard had a USB passthrough. Given the simplicity of the keyboard, I understand why Logitech felt the need to exclude it. In fact, there are no additional connectivity options besides the single cutout for Logitech G’s semi-proprietary Micro-USB cable. The reason I call it “semi-proprietary” is because it has a weird two-pronged shape and design on the sides. Logitech G claims this is to ‘decrease wear-and-tear’ on the cable and connection. They should have honestly just made it USB-C and be done with it, but I digress. The two extra rubbery bits hold the cable in place, which only spells good things for the keyboard’s longevity. In the four months I have used it, the cable did not disconnect from the keyboard once, and I tend to be very heavy-handed with hardware. Another reason it is only semi-proprietary is that the cutout leaves enough space for just about any other Micro-USB cable. This means that if you ever do end up losing the one it comes with, you can gladly plug it into your computer with any old Micro-USB laying around, provided the cable has enough bandwidth for data as well as power. Mobile phone Micro-USB cables should be just fine, but you may have troubles getting it to work properly with cables that come bundled with power banks and devices not meant to transfer data… like a vibrator.

After extensive use, I can safely say that I adore the new mechanical switches Logitech G have decided to implement. The Logitech G Pro Keyboard uses OMRON-made Romer G+GX Mechanical Switches. The model we received for review comes installed with The GX Clicky switches. Alternatively dubbed the GX Blue switches, these keys are extremely clicky and offer insane amounts of satisfaction when pushed down. As much as I hate to admit it, I am one of those guys who bottom out my keys, regardless of what activity I am doing [Edward is notoriously heavy handed on keyboards, so the durability of this keyboard is a big plus – Hans].

The GX Clicky switches have an actuation distance of 2mm and a total travel distance of 3.7mm. This means that you technically only need to push them down about 55% of the way to have them register your input. This is especially great for gamers who have abnormal action-per-minute rates – like Starcraft esport professionals. For the average gamer, however, actuation should not make too much of a difference. What will make a difference is the force needed to press the keys. The Logitech G Pro Keyboard has a 50g actuation force. 50g is exactly what you can expect from the likes of either Razer or Corsair, but I would have liked it to be a tiny bit less. The amount of time it takes me to notice exhaustive typing between the Logitech G Pro and Logitech G410 (Romer-G Tactile with 45g actuation force) is noticeable. With that said, I highly prefer the GX Blue switches solely on how they sound and feel. Sure, they may be giving my fingers a workout, but they sure are satisfying to use!

Another extremely useful, albeit very underrated, feature the Logitech G Pro Keyboard has, is the fact that Romer-G +GX Switches have the same basic design as Cherry MX Switches. This means whether you are a bonified Logitech G fan (like myself) or someone who likes to customise and tinker, you are covered. Logitech sells cool keycap kits filled with key replacements if you ever lose a few. However, you can also safely pop in any keycap made for Cherry MX switches and know that it will work without issue. I feel too many critics panned previous Logitech keyboards for using Romer-G’s proprietary switches, yet have failed to commend the company for actually doing something about it this time around.

The combination of satisfying mechanical clicks and nice compact design spell out the “professional gaming peripheral” aspect Logitech makes it out to be. However, the company takes this one step further with Logitech G Hub, their proprietary gaming suite. While the Logitech G Pro keyboard can be used without ever installing anything extra on your system, doing so will unlock a bevvy of features. These include the ability to set up macros, change RGB profiles, and even sync it up with other Logitech products with RGB capabilities. Logitech G Hub has come a long way since it first entered the public beta stage. These days, it hardly has any bugs and acts as a decent – albeit noticeable resource hog – software suite. Beyond the features I mention above, you can also set up profiles for individual games whereby you can have macros do different things, have the RGB light up differently, or even have certain keys disabled when using the Gaming Button (read: on-off switch for programmed keys). It also allows you to download other users’ RGB and macro profiles. This is useful in the event you have no idea how to correctly set up the keyboard for a new game.

Despite the lack of a USB-passthrough, the Logitech G Pro keyboard is easily one of the best tenkeyless keyboards I have had the pleasure of using. While many gamers will likely switch out and upgrade their setups long before any of their devices start giving issues, the longevity that comes with Logitech G products is stellar. The company is known for its robust and high-quality designs. The Logitech G Pro Keyboard is no exception to this rule. In fact, its compact and no-fuss design might even cement this keyboard as one of the very best – and one I believe will last for years to come.