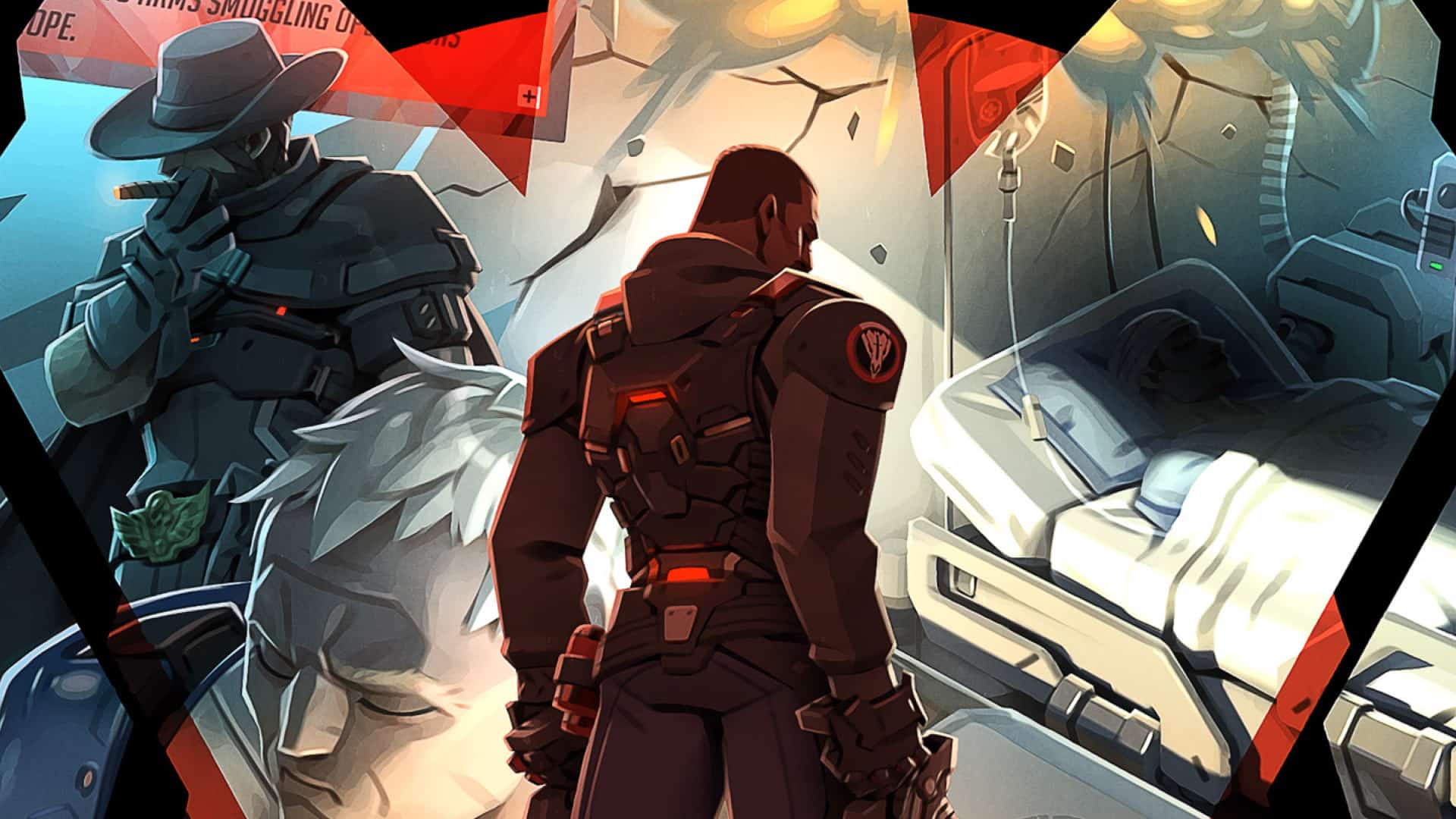 Activision Blizzard has not left a genre of media unturned when it comes to their hit first-person shooter, Overwatch. With that said, the webcomic for the game been somewhat neglected. Thankfully, the new Overwatch Retribution event is here to rectify that!

The newest comic seems to revolve around the Blackwatch, Overwatch’s pre-fall black ops division. The Blackwatch has been tasked with all the dirty stuff that the organisation was too afraid to handle in public light. Gabriel Reyes (also known as Reaper), along with his partners McCree, Genji, and Moira, formed Blackwatch. It was here where they worked in the shadows to keep the world safe. Overwatch Retribution follows one of their more crucial assignments.

In Retribution, fans can get a lot more information on Widowmaker’s husband, Gerard Lacroix, as well as Gabriel Reyes. Reyes was always a mysterious man, and now fans can see how he interacts with his colleagues and what kind of man he was. We also see Moira work on some crazy genetic interference behind the scenes. What does it all mean?

Whatever it means, it all seems to work up toward the current Overwatch Retribution event. Even more so when you regard the events full name: Overwatch Archives: Retribution. Kind of obvious, in my humble opinion.

This is a follow-up to last year’s Uprising event. Blizzard says that Uprising will also be available for play once more, along with a bunch of balance tweaks that takes into consideration Mercy’s rework.

The Overwatch Retribution Archive event started on 10 April and is playable through to 30 April 2018. During its run, players will have the opportunity to unlock exclusive skins, sprays, and other cosmetics. Thanks to Uprising’s return, fans can get those skins at a discount.

The event is global and is available on PlayStation 4, Xbox One, and Microsoft Windows.