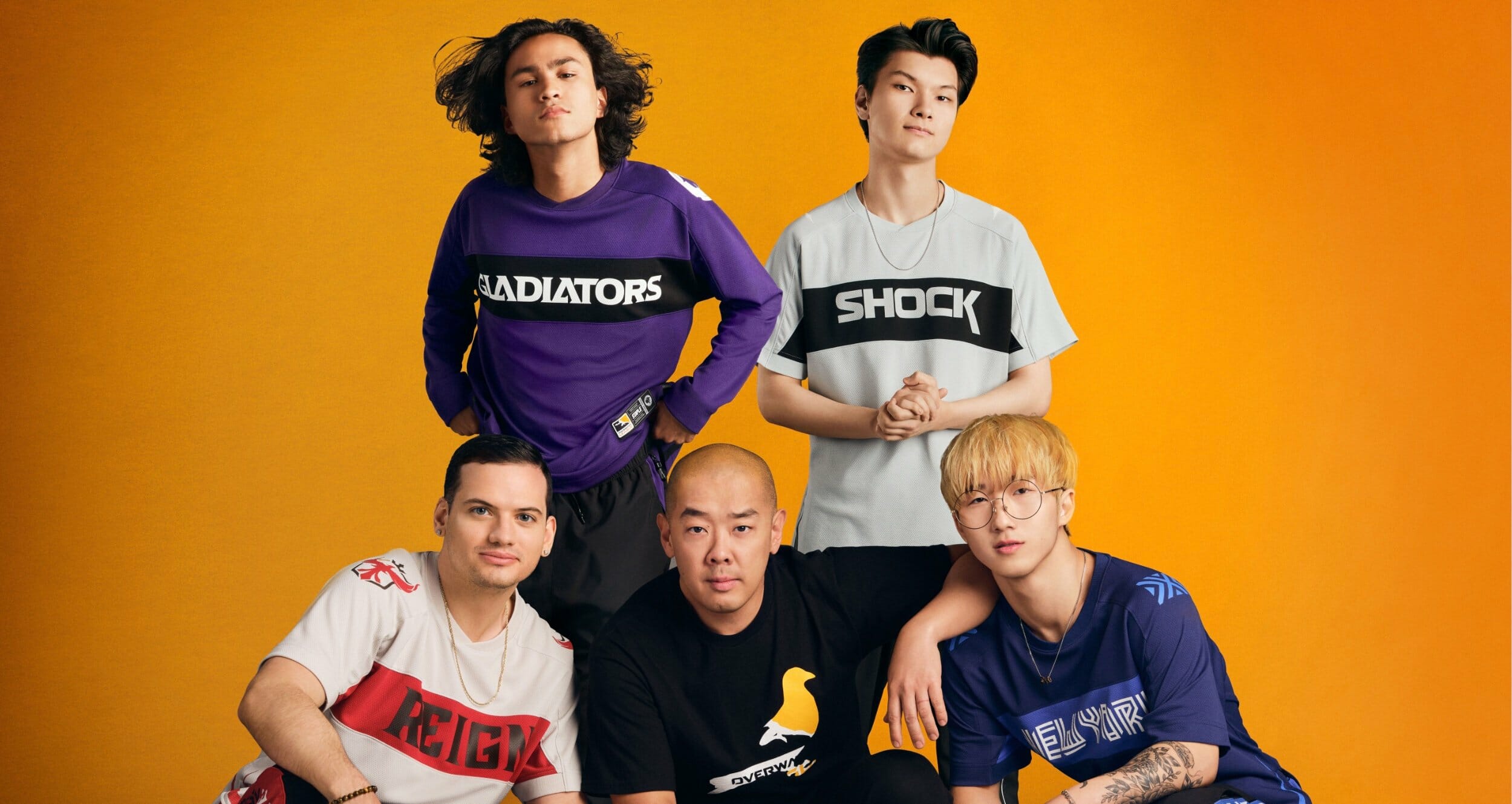 Big gaming brands have been stepping up their merchandising game. League of Legends, for example, recently collaborated with legendary designer Louis Vuitton for a lineup of incredible geek chic. Now it is Overwatch‘s turn to get the geek chic flowing with a new lineup of esports uniforms from streetware designer Jeff Staple. Staple teamed up with the Overwatch League to create a new Overwatch x Jeff Staple esports kit for the league’s 20 participating teams.

While the Overwatch League kit is a universal design, all 20 teams in the league will have unique variations. According to Staple, the teams will get an upgraded kit that includes “a short-sleeve jersey, long-sleeve jersey, jacket, compression sleeve, hat, and beanie”. Staple personally designed the collection and aimed to “elevate” the league’s on-stage and off-stage clothing choices. Gussets for adjustable sizes and “pin-dot mesh fabric” are two changes made for more comfortable and functional gaming gear. All team uniforms will also feature the iconic Staple Pigeon and the team names emphasised on the clothing. Every team will also get unique designs for both home, and away play.

Thanks to the pin-dot mesh fabric, the Overwatch League kit ensures ultimate comfort for extended gaming sessions. Every kit has been engineered to specifically perform to players’ specifications, while still looking great outside of the arena. This means players will look great while repping the teams they are a part of. However, participants in the Overwatch League are not the only ones who will get to feel the warmth of the new Overwatch x Jeff Staple designs. Fans of both Overwatch and all participating teams can head over to the official Overwatch shop to browse the lineup.

The unfortunate part, thus far, is that only the team jerseys have been made available on the store. I assume the beanies, jackets, and hats mentioned above will be made available in due course. With that said, jersey prices are fixed at $90 USD (~R1 400 ZAR). The jerseys feature bold colours and design queues such as Staple’s iconic bold design along with the home city the teams hail from.

Unlike a very fancy and “premium” designed lineup, the Overwatch X Jeff Staple collaboration will not break the bank. The pricing is very competitive compared to other league jerseys and video game merchandise. The League officially launched on 8 February 2020 and will be running through most of the year. As always, the Overwatch League Regular Season will run for 27 weeks. Other matches and seasonal plays will be announced throughout their runs.