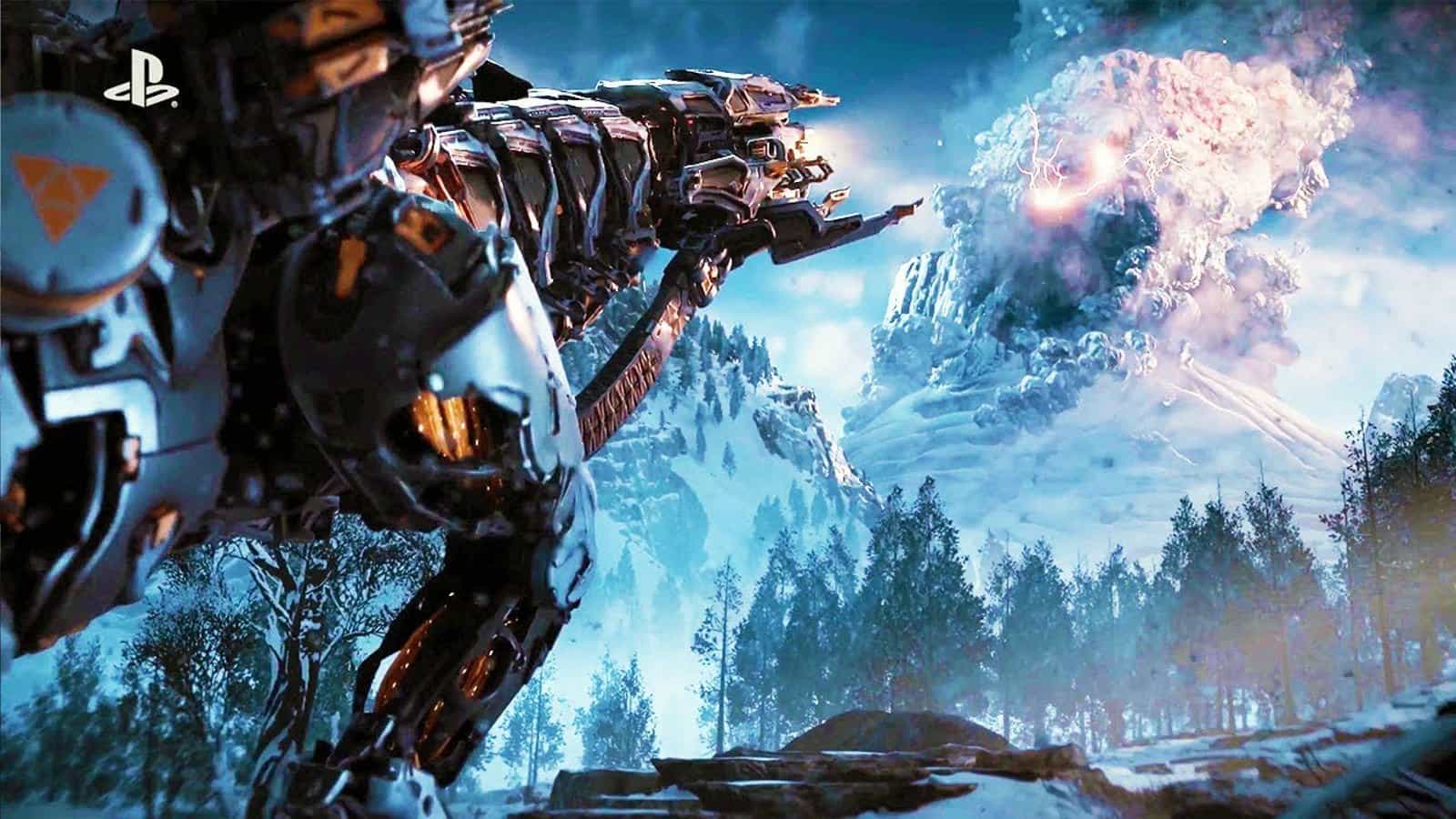 Horizon Zero Dawn must be this year’s biggest open-world third-person adventure. It launched to huge critical acclaim and delivered on what it promised, and then some. It received an incredible score of 9.5 from Polygon, with reviewer Philip Kollar stating that developer Guerilla Games “has finally found its own voice”, one “worthy of all that buzz”. Similarly, CogConnected’s Shawn Petraschuk mentioned how it is one of the “best games to ever grace not only your PlayStation 4 but gaming in general”. Now, less than six months into its release cycle, and the game’s first major downloadable content has been announced: The Frozen Wilds.

Sony showed off the reveal trailer during their E3 press briefing, and as you might have guessed, it takes place in the frozen wilds. Ultimately, the trailer does not reveal too much. It begins with ominous music whilst one of the game’s four tribes are shown on-screen. The narrator then tells Aloy that few who dare tread the frozen wilds ever come out alive. This is where Aloy stands up, replete with fancy new gear, and says that she is not “here for the glory. [She is] here for the mountain”. Did you also try to mimic her epic voice? No? Okay then.

While the trailer showed no real gameplay, it did make sure to tell us that the mountain contains something really scary. The trailer also shows quick glimpses of a few established robotic dinosaurs that already feature in the base game. Here is hoping that Guerilla Games has at least a few nwe enemy types in store for us!

Horizon Zero Dawn: The Frozen Wilds has no release date yet, but my guess is that it will release closer to the end of 2017.