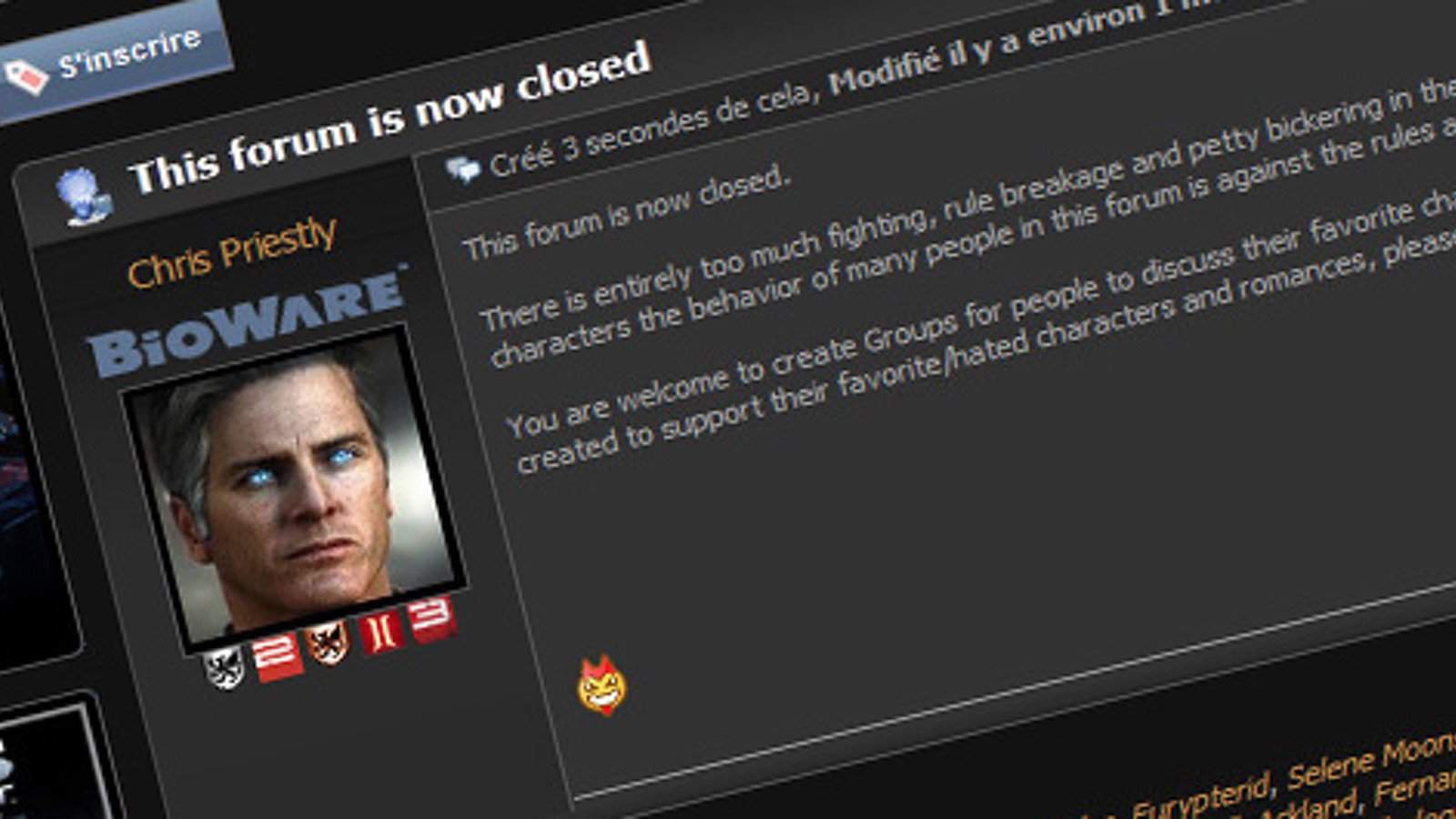 Bioware has announced that the public boards for all games, except The Old Republic, will be closing down this August, 2016. The forums that will be affected include those for Dragon Age, Mass Effect, Neverwinter Nights and Star Wars: Knights of the Old Republic.

All of the Bioware forums for the company’s legacy games, such as Baldur’s Gate and Jade Empire, will also close during the same period.

The only board that will retain its support will be the forums for Star Wars: the Old Republic, Bioware’s Massively Multiplayer Online Role-playing Game (MMORPG) set in the Star Wars universe.

In the announcement, Lead Community Manager Conal Pierse wrote: “In the past, out forums were the only way we could speak to you directly. They allowed our developers to talk with fans, and gave our players the opportunity to talk with each other”. He continued to say that the rise of social media and geek culture has allowed for far better communication between Bioware and its fans.

Official support for the forums will end on the 26 August 2016, but the company will keep the forums in a read-only state until 25 October 2016. This way, community members can copy and collect old posts before they are erased from the Internet. Pierse did, however, mention that the forums may be used for future beta feedback and private communication.

With the rise of social media and the adoption of Tumblr and Facebook for many new gaming titles, this comes as no surprise. Logging back into my old Bioware account, checking on my profile settings and browsing the Mass Effect pages… it is definitely a strange feeling. Today, it is almost weird to think that gamers used to frequent websites such as these versus just looking at Facebook, Twitter and best of all, Reddit.