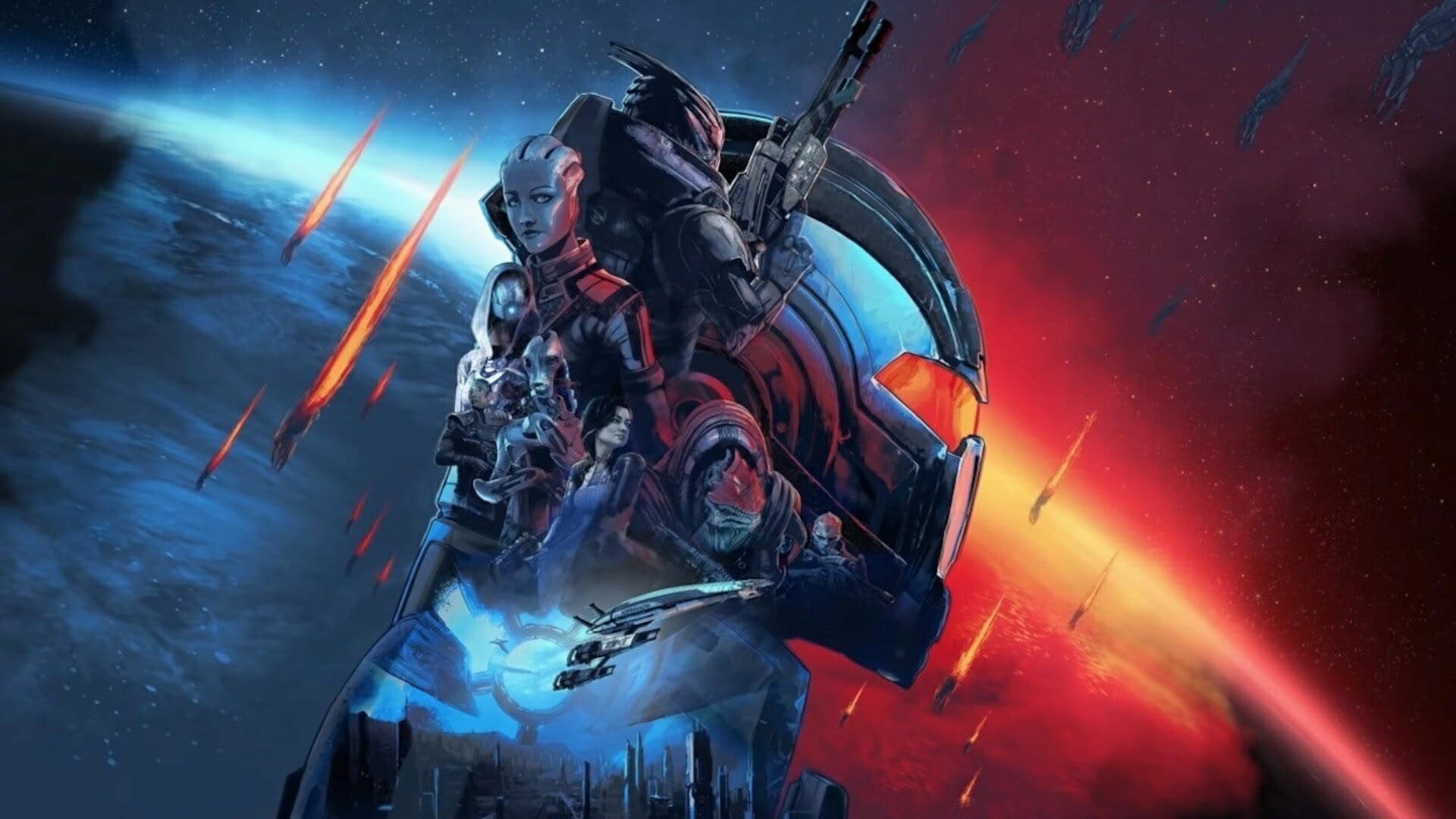 The eye catching blue and orange contrast for posters will never be beaten. Whether you have seen the combination in recent Star Wars, X–Men, or even the new Aladdin film posters; video games have also employed the combination. From Battlefield 1 and V through to Uncharted and even Tomb Raider; many titles have used the colours to great effect. However, the most prolific video game franchise to use it is, undoubtedly, Mass Effect. There is no denying how iconic the original Mass Effect Key Art is, and now Electronic Arts and Bioware are celebrating the imminent launch of the Mass Effect Legendary Edition, by letting gamers make their own!

For many years, fans have wondered why certain squad members made it onto the official posters and Mass Effect Key Art, versus others. Mass Effect, for instance, had an entire squad of cool members to choose from, yet Bioware figured Garrus and Ashley would be the best choices. Similarly, Miranda is the only squadmate to make it onto the majority of the Mass Effect 2 artwork; with Grunt and Thane featured in only one or two other posters. Mass Effect 3, on the other hand, never featured any additional crew members on the official marketing material, which left many players wondering what was up.

With Mass Effect Legendary Edition, however, Bioware figured they would include as many squad members as humanly possible in the Mass Effect Key Art, official posters, and even the trailers… with a few glaring omissions (where my sexy buff boi Vega at!?). The good news is Electronic Arts have created an interactive web page for fans to create their very own Mass Effect Legendary Edition Key Art! The process is very simple, and we have detailed it below for your convenience. Warning: It will be challenging to choose!

How to Create Your Own Mass Effect Key Art

Step 1: Head to the website
Step 2: Click on Start (or Auto-Create)
Step 3: Choose your Shepard’s alignment (hint: the neutral option has the strongest iconic red and orange contrast)
Step 4: Choose your favourite squadmates (Two)
Step 5: Choose the most trusted companion (Most likely the love interest)
Step 6: Choose the cavalry (Three)
Step 7: Choose the backups (Two)
Step 8: Choose your background
Step 9: Download or Share your Mass Effect Key Art! (check out ours below)

Mass Effect has and will continue to be, all about customisation. The famous quote from pre-release marketing back in 2007 was that the game is not playing just any Shepard, it is playing “your Shepard”. Being able to customise your own Mass Effect Key Art is just another example of that quote!

As a small bonus, Electronic Arts has also made all of the bonus material from the trilogy (from Pre-orders and/or Deluxe editions) available for free, for a limited time. Head on over to this page, to grab the entire Original Soundtrack (including a never-before-heard new track), a lithograph, two comic books, and a whole lot of artwork!