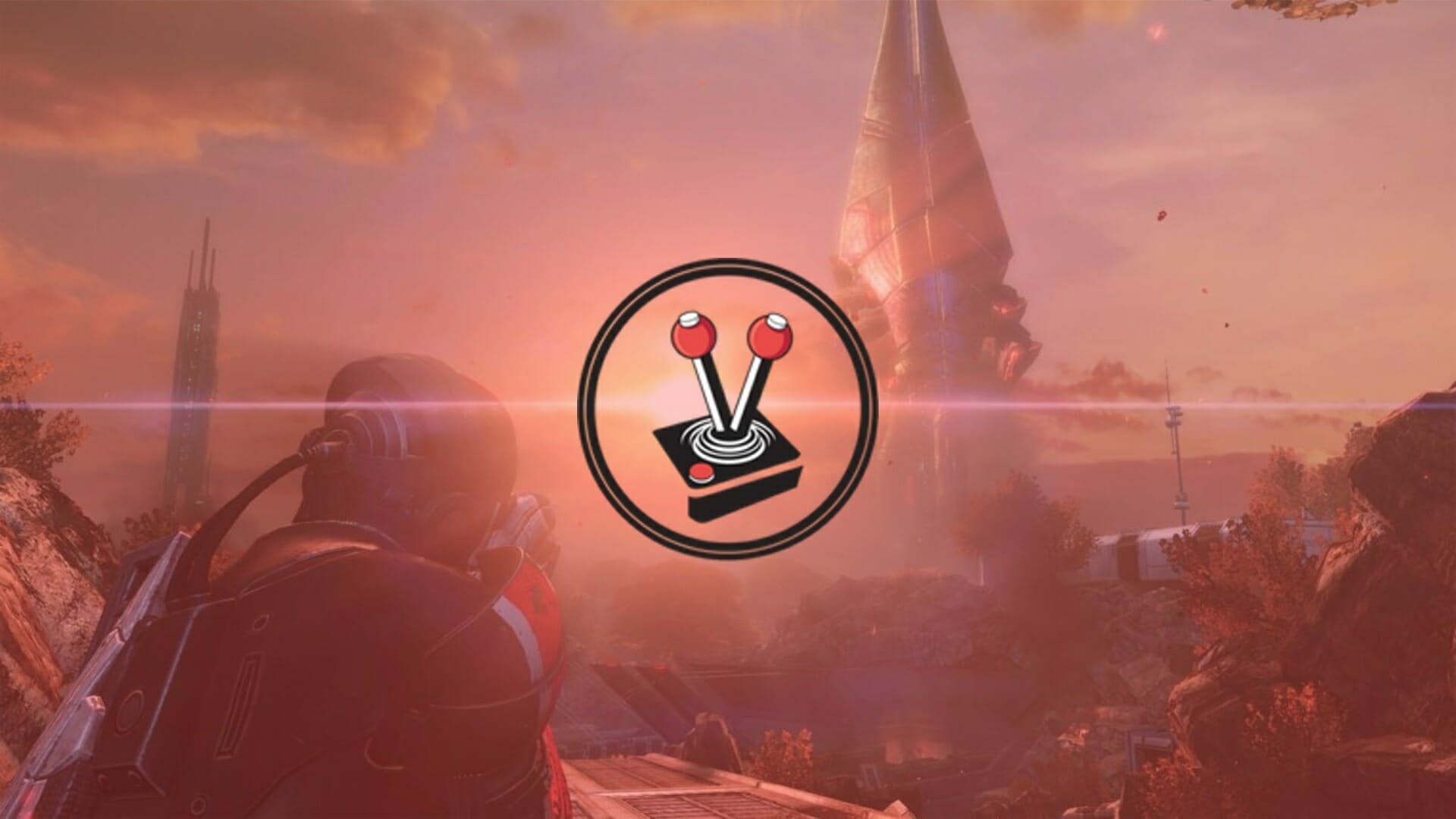 Throughout life, certain moments tend to cling to hearts and minds. These experiences are carried through life and help to shape who we become. Many may not realise it, but games often spur on these lasting impressions. This is especially true for those who have have experienced Mass Effect, and the story of Shepard. It is a franchise so prolific, the entire ‘geekoverse’ celebrates the impact it has left on us all, every 7th of November. It has become an icon in its own right and now Electronic Arts and Bioware have bestowed their fans with a lovingly crafted remaster of all three original games. The Mass Effect Legendary Edition brings the nostalgic masterpiece back for another run; allowing it to take hold of an entirely new generation of gamers.

The Mass Effect Legendary Edition remasters the Mass Effect Trilogy (2012) with new visuals and quality of life improvements, and bundles them into a single package. Players can access each title via a neat launcher made specifically for the Legendary Edition. On consoles, each game can be installed as they are played, making it much easier for gamers to experience the package in digestible segments — a very handy feature considering the game’s breadth and scale.

The magnum opus that is Mass Effect, follows the story of Commander Shepard and their antics in a distant future space opera. Here, humanity is but a small (and fairly new) addition to the galactic society. Shepard’s story starts out on a routine mission, where the crew encounters a beacon belonging to a precursor race that vanished without a trace some 50 000 years prior. Shepard is subjected to the beacon and its mind-altering message, which sets the commander on their journey to investigate the existence of a deadly deep-space-faring race of sentient machines, hellbent on wiping out all of galactic society. Mass Effect is a 100+ hour epic spanning the entire Milky Way Galaxy, with nuanced politics, a whole lot of action, and the most memorable characters to join Shepard on his journey.

For millions, the 100+ hours offered by the franchise are nothing short of momentous. To this day, it is the single franchise I have replayed almost annually. With that said, however, it does not come without its faults, and there are a few. The Mass Effect Legendary Edition fixes a lot of tiny niggles and adds quality of life improvements throughout the entire trilogy. Sadly, however, Bioware has focused on keeping the original experiences intact; meaning that, especially in the case of the first Mass Effect title, the nostalgia quickly wears off. Of course, this is to be expected from a remaster versus a full remake.

Despite the facelift, Mass Effect 1 is still very much a title from 2007. While it was very much one of the most advanced titles of its generation, Mass Effect features some of the clunkiest controls of the franchise. Movement is slow and sticky; animations are clunky and rough; and the whole user interface screams 2007, despite the little changes made to it. Thankfully, Bioware’s far reaching improvements do touch upon the title in other ways; specifically how textures are crisp and clear, with universal shaders ensuring the game looks a hundred times better than it did before. Shadows maps have also been updated, and all scenes in the game have been colour graded to better fit the overall look and feel of the franchise in parts two and three. At face value, the game automatically looks much lighter than it did before, but in practice it simply looks and feels much cleaner. Mass Effect 1 has finally been brought up to par with the likes of Mass Effect 2 and 3 – at least visually. With that said, it is clear Mass Effect 1 [with all of its upscaling and improvements] is still ever so slightly visually dated. The original title also has admittedly dated mechanics, which Bioware has tweaked ever so slightly. Alas it is not enough to warrant a dedicated discussion – they are welcome, albeit basic in nature.

The Mass Effect Legendary Edition also updates the entirety of Mass Effect 2 and 3, with the same (albeit slightly lesser) changes to shadows and bitmaps. The remaster also upscales all of the textures and models. As a result, all three games look phenomenal, and on par with each other in terms of graphical fidelity; with 2 and 3 obviously pulling ahead. Apart from all of the visual changes, the focus on renewing Mass Effect 1’s overall look and feel; and improving upon pretty much every scene offered in 2 and 3; Mass Effect Legendary Edition does come with a bevvy of additional changes in the background.

The most prominent of these is undoubtedly the much shorter elevator rides and abysmal loading times featured in the first game. Players on newer and faster hardware can opt to skip these rides completely (in the event that they do not care for the news broadcasts or bickering crew); while things like boarding the Normandy are pretty much instantaneous. Similarly, loading screens in Mass Effect 2 last mere seconds, while those in the third game are basically nonexistent. Whatever Bioware has done behind the scenes is nothing short of incredible, and is a change Dragon Age Inquisition desperately needs.

There are other quality of life improvements made across the board as well. These include, but are not limited to: bug fixes, scene improvements, and plot line fixes. Certain Non-playable characters have been changed to make more sense, while entire scenes have been moved around in order for the games to better take advantage of the background changes. In essence, the Mass Effect Legendary Edition features a whole lot of polish, and the game truly outshines any pre-existing unofficial patch [basically mods that fixed the original releases in ways the developers could not or did not bother to].

After fourteen years, the hundred-plus-hour-spanning epic is still as incredible as ever. As someone who plays the franchise annually, having the ability to play all three games with a single launcher is a blessing in disguise. Commander Shepard’s story is truly one for the ages and the changes brought forward by the Legendary Edition are truly wonderful. Better still is how the remaster also includes all of previously released downloadable content (DLC) baked in – ensuring Shephard’s entire journey can be enjoyed in its entirety.

From the moment players press start, every single DLC (minus Pinnacle Station, RIP) is available. This means players will be able to explore Asteroid X57 and attempt to save the colonies it is hurdling toward in Mass Effect 1; help Liara uncover the truth about the Shadow Broker in Mass Effect 2; and even have one of the most beautiful farewell missions gaming has ever birthed in Mass Effect 3‘s Citadel DLC; among many other story missions that released well after their respective instalments. The Mass Effect Legendary Edition also includes all pre order DLC and additional DLC included in time-limited or store-limited deals. These have been newly scattered throughout the three campaigns, therefore allowing gamers to unlock them in a far more natural way than in previous releases. It is a massive plus to the franchise and enhances the overall immersion of Shephard’s story.

While the franchise is much more deserving of a remake than a remaster, the Mass Effect Legendary Edition still manages to deliver the most wonderful amount of fixes and changes, bringing the games [mostly] in line with more modern titles. With the studio now working on a fifth mainline entry in the franchise, there is nothing better to tide players over than this all encompassing package. For old fans, seeing Tali, Wrex, Garrus, and the others again in high-fidelity graphics is nothing short of amazing. New players, on the other hand, can now go through the franchise in a much more accessible manner, enabling an entirely new generation to pick up the game and learn of the badass that is Shepard — their Shepard. The games (especially the first) are nowhere near perfect, but they are still as memorable, enjoyable and epic as ever. The Mass Effect Legendary Edition is good and anyone who can get past the admittedly dated Mass Effect 1 experience, will discover one of the greatest space operas ever created.