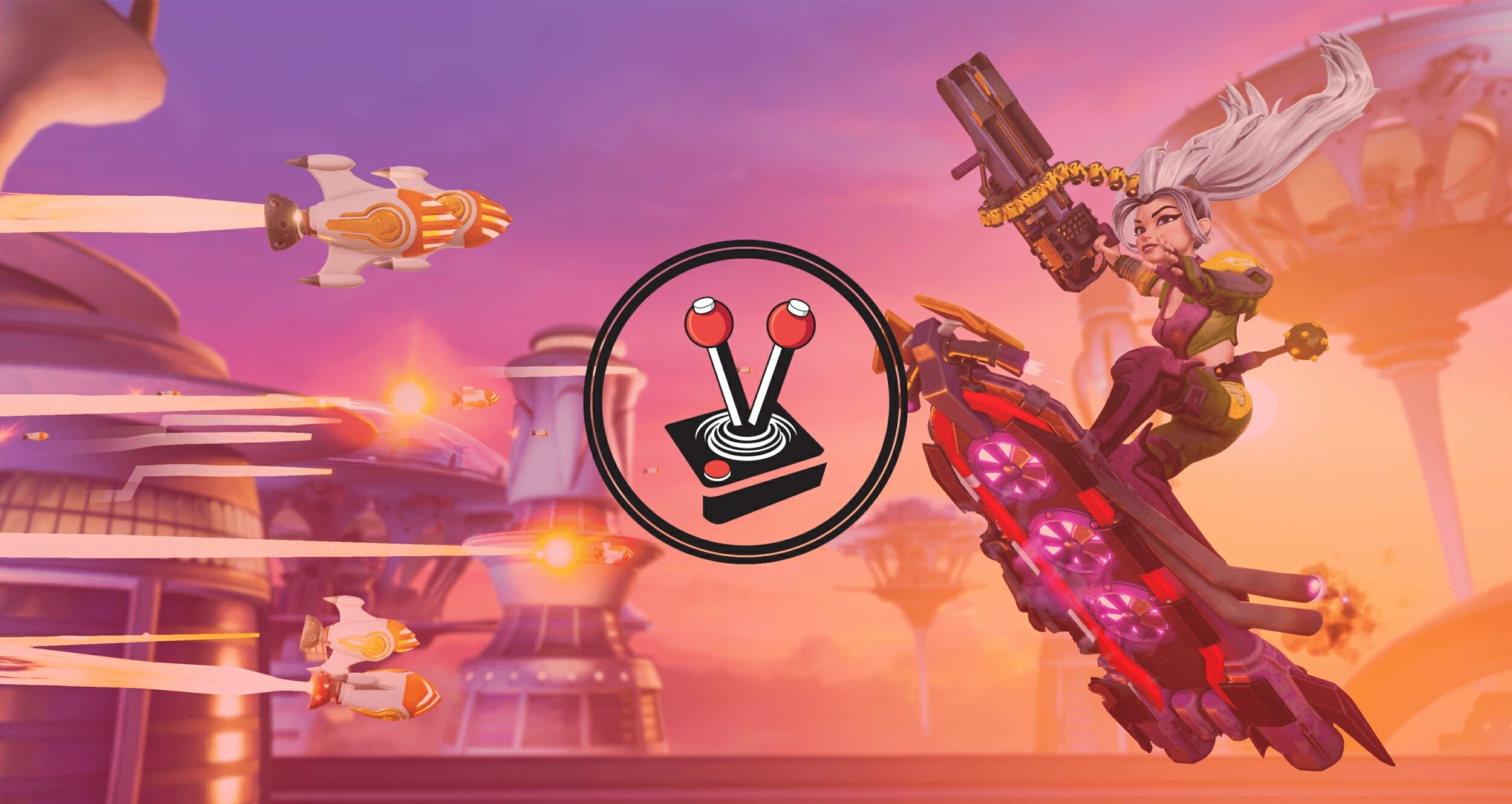 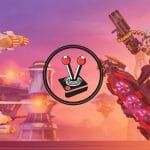 Every gamer knows of the ‘rocket launcher’. An oversized and highly powered weapon of incredible damage and destruction. Made popular by Quake, it has become synonymous with geek culture and is featured in almost all multiplayer titles. In addition to being a self-inflicted hazard, it has also become a rather humorous means of traversing quickly across maps for better positioning (if you survive, of course). In this sense, Rocket Arena attempts to evolve the marriage of good natured rocket jumping and explosive combat via an all new multiplayer experience. In so doing it gets a lot right, but ultimately misses the mark for long term appeal.

At first glance, Rocket Arena appears to be a chimera between the visuals of Overwatch and the gameplay of Quake Arena. In this sense, it features 10 core characters, each with their own unique backstories and special abilities, with many more to be added in the future (a new character has already been added since launch). Although all characters use rocket launchers for primary weapons, they each have a unique take on how exactly this notable weapon is used. This lends a modicum of strategy to the gameplay, whereby players can pick and choose characters to suit team specific goals, the varying levels, or even the kind of play-style they prefer. Whether that means embracing ice-warrior Kayi’s ability to speed up friendly rockets and slow down those of the enemy, or using the squid-like Amphora’s hydro form to launch opponents skyward; through to the abrasiveness of Blastbeard’s space pirate antics or Boone’s dinosaur focussed sniping skills – and quite a bit more; there is enough mechanical variety between the characters to satisfy most players.

Much like other team-based multiplayer shooters, the character variety has a direct impact on gameplay and this serves as both a positive and negative for the title. From a positive perspective, the variety in characters allows the game experience to remain fresh and novel, but only until players find the characters they would prefer to play as. With this in mind, the game features a 3v3 team play setup in all of Rocket League’s competitive modes. As such, a fair amount of thought does need to be taken into consideration when forming teams. After all, teams do not allow duplicate characters. Therefore forcing players to have more than one character in mind when making a choice. This inevitably encourages players to work around the selections of other teammates – all in the hopes that players will be able to utilise each of the characters effectively against the opposing team.

Interestingly, teammate abilities can be combined and this is not something actively expressed within the tutorial. From a negative perspective, however, attempting to work together with random strangers during the incredibly fast paced matches often results in an “every character for themselves” scenario, versus players actively working together. Even when playing as a team with known players, it can be immensely challenging to collaborate effectively given the frenetic nature of the gameplay. Thus relegating the uniqueness of merged combo abilities to nothing more than an odd fluke – instead of a gameplay mechanic worth exploring.

One of Rocket League’s best aspects is character movement. The way characters are able to use verticality through triple jumps and mid-air shenanigans, or via embracing their inner parkour fanatic on the ground, much can be said for the wonderful way characters can traverse the environment. With this in mind, and given the ‘rocket launcher’ nature of the game, characters can also use their weapons to launch off practically any surface on the map. This is especially useful for chaining shots together to allow a character back onto the map versus giving the other team a match point. However, pairing the fast movement alongside skill shots, evades, abilities and more; results in some rather frantic and frenzied gameplay moments. More often than not, it can be quite a challenge to keep track of exactly what is happening during gameplay; and this is partially due to the third person perspective. Especially when it comes to keeping tabs on the knock out bar.

Unlike other multiplayer shooters, Rocket League employs a system similar to the one found in Super Smash Bros. In this sense, characters have a bar that slowly fills as they are hit with enemy abilities and rockets. The higher the bar, the more gravitas player attacks appear to have. Eventually resulting in a knock out throwing the player character off of the stage. Thankfully, there is no friendly fire. So teammates are implored to use their abilities and attacks with wild abandon – more so in the hopes of a pulling off a sweet team combo than anything else.

Most matches also follow rather linear and straightforward paths to victory. In this sense, it is often more about how to knock a player off the map than it is about strategically attacking or defending goals. As a result, and regardless of mode (deathmatch, point control and rocket-ball), the gameplay often devolves into a monotonous brawl of character versus character – with each team attempting to get as many knock outs as possible. Worse still, there is no real novel or unique gameplay mode to truly showcase the ‘rocket’ aspect of Rocket Arena, which is a shame given the unique premise. As a result, the game falls into a trap of becoming explosively repetitive.

Like many other multiplayer shooters, Rocket Arena features a season pass with unlockable content and a variety of cosmetic micro-transactions. There is also a competitive segment with all of the usual rewards for players who choose to chase the ranks. Interestingly, the game does features unique passive perks for all characters. They are good enough to encourage playing towards unclosing them and are not so noticeable in effect to come across as disadvantageous to newer players. These can also only be unlocked after some grinding and, thankfully, cannot be purchased.

Rocket Arena is the highly frantic and completely approachable new kid on the block. It mixes unique gameplay with colourful cartoon aesthetics that beg for more screen time. However, the hyperactive nature of the gameplay often takes away from the easy to understand abilities and explosive rocket launcher mechanics. As a result, players are less inclined to use strategy to persevere, often resulting in repetitive brute force tactics to achieve those illustrious knock-outs. Worse still, is how the unfortunate monotony is further spearheaded by uninspiring game modes that do very little to explore, enhance or make light of the fun, and often entertaining, rocket launcher mechanics the game is built on. As a result, the wonderfully fun sheen exuded by Rocket Arena is quickly eroded away by the monotony of unchallenging gameplay and lack of lasting appeal.