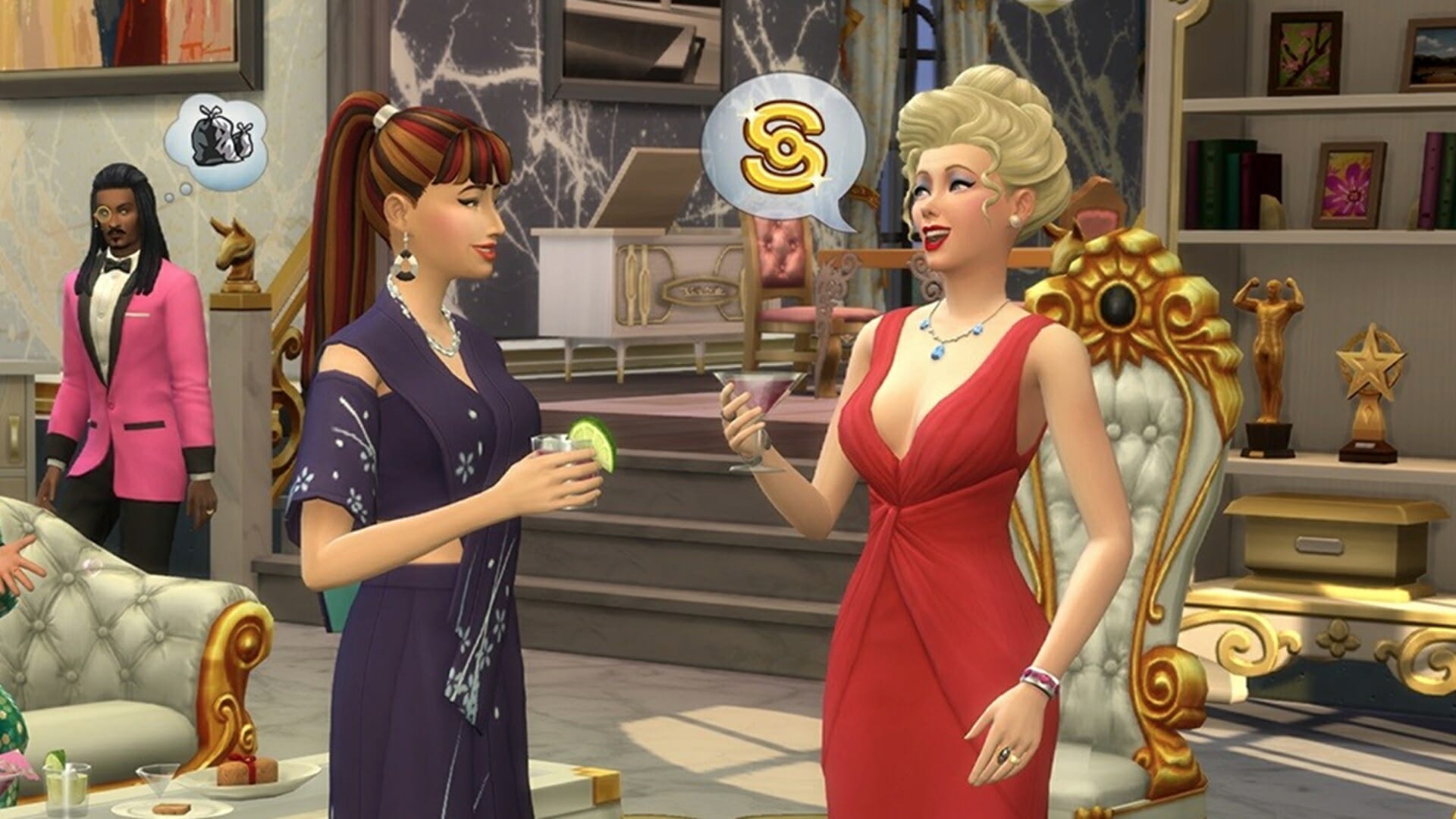 If you follow my online presence, you will know how much I despise content paywalls. The likes of Battle Passes, which are essentially season passes with the added requirement of actually earning what you paid for, really irk me! In fact, I have always been against any kind of downloadable content that comes in small bits and pieces, especially if the DLC costs upwards of the price of the base game. I will concede how sometimes DLC is valid, and how paying for additional extras is worth it. Examples include $10 USD cosmetics for games continuing to release free content updates (Monster Hunter: World, Guild Wars 2); and full-fledged $30 USD expansion packs for games already offering hundreds of hours at a base level (The Witcher 3: Wild Hunt, The Elder Scrolls V: Skyrim). These are examples of fair pricing from companies who care about their fans – fine paragons among the darkness of egregious capitalism and the need to milk players for all they are worth. The worst offender being none other than Electronic Arts (EA) and the ever-growing cost of owning and playing The Sims 4 in 2020.

While playing any game at a base level is commendable, and supporting your favourite developers (such as the few remaining original MAXIS employees who stayed on at EA) is a fair thing to do; there are valid reasons why you should stop supporting publishers and developers who continuously choose to embrace anti-consumer business practices. I will not be regurgitating the many reasons social media and Reddit always bring up, but I will be focusing on a particularly awful business practice that I think has gone unnoticed for far too long.

I still remember losing hundreds, if not thousands, of hours to The Sims 2. While I never saw the benefits of playing the first game, the second thoroughly sold itself as one of the best “everyday life simulators” amongst a sea of weird and, quite frankly, scary competitors [Second Life, anyone?]. It was a fully fledged game where you could assist any number of individuals through life as you deemed fit – whether you wanted full control or preferred to take a more diety-like approach and embrace artificial free will. Occasionally, an expansion would release to improve upon the game. These included additions like seasons and pets. I believe there was a University expansion as well, which added a brand-new university map complete with an entirely new way of living. The Sims 3 upped the ante in this regard, and as soon as it released, I had to have it. It added a whole new dimension to the game. Sure, it also featured a seasons expansion and even had a pets expansion come later. The fact of the matter is that the base game gave us enough playtime and enjoyment that we never wondered whether it was a waste of money supporting the publisher… and then The Sims 4 released.

The Sims 4, while an obvious upgrade to the previous game, just left so much to be desired right from the get-go. As soon as marketing material for the fourth major instalment released, more and more things were made clear: Electronic Arts finally clawed through MAXIS’ legacy, and converted the game into a cash cow ready to be milked dry – and milk they would. The Sims 4 released with a massive shortage of careers; building types would be advertised for later addition right from day one; an entire age group featured in every previous Sims game would be cut from the game altogether. Most notable of all, however, was the fact that players could not design and build or buy swimming pools for their Sims in The Sims 4. Electronic Arts removed swimming pools from the game – a matter the company conveniently addressed very soon after and hyped it up like it was meant to be a free update right from the start. This may smell heavily of fish, but for the sake of brevity, I will bite and play the devil’s advocate on this one and let it pass… for as long as it took them to give players actual free additions.

From its original release, Electronic Arts have come out and given players a few free updates. These include the aforementioned “new feature” of enabling your Sims to swim and, about three years after release, the ability for babies to grow into toddlers before they become teens, and the addition of basic terrain editing tools. How interesting to see the company spin these missing features as a means of ‘good will’ through new updates, when they were base features in previous Sims games. Regardless, free is free, and I will take whatever I can get. As I said before, I will play devil’s advocate for these “additions” and let them pass. What I will not let pass, however, is the literal and truly uncouth cost of getting the “full” The Sims 4 experience.

There is something to be said about how easy it is for companies to release expansion upon expansion for games. World of Warcraft, for instance, is not only a pay-to-play title which costs $13 USD a month to play, but it also comes with yearly expansions that cost $40-60 USD per instalment. While I think this is already pretty egregious (since games like Guild Wars 2 let you play as much as you want beyond buying the expansions), I am willing to give it a pass considering it is a multiplayer title. In some ways, I can get around the “server cost + maintenance” argument. What I cannot get around is how single-player games (with no discernable multiplayer mode to speak of) get away with it – case in point: The Sims 4. A title with nine released expansion packs, eight-game packs, and sixteen (16!) stuff packs.

At first glance, these extras do not seem to be cause for concern. Until, of course, you consider how they have been released over a period of a short six years. To break it down, the expansions release roughly every one-and-a-half years, while new game packs release around very one-and-a-third year, and stuff packs average two-point-six instalments a year. Essentially, if you are an avid The Sims 4 player and you want to ensure you are getting the “full” and “intended” experience as new content becomes available, it means you will be purchasing hundreds of dollars worth of updates in a single year.

It is so crazy, in fact, that many users online have likened getting the “full game experience” to a collection requiring finesse to ensure no content goes missed or expansions go unplayed. The reason it requires finesse to begin with also comes down to the fact that multiple “starter editions” or “bundles” exist, which usually bundles a single expansion and stuff pack with the base game. Therefore, depending on which of those you have been blessed with at Christmas, the rest is up to you to find and collect. As you might imagine, this can get very expensive, very quickly — especially if you have not been filling your collection as the instalments are released. I carefully alluded to the fact that it can cost you more than a hundred dollars a year. I wish I was lying, but unfortunately Electronic Arts hardly ever makes liars out of its dissenters. Needless to say, the cost of owning and playing The Sims 4 is massive, for lack of a better term. I have gone and collected the current base cost (thanks Steam!) of every item on The Sims 4’s product page and listed it below. The result is nothing short of shocking (and truly disgusting).

The Sims 4 Base Game costs $40 USD and includes the base game. An optional Digital Deluxe upgrade is available for $15 USD.

Each The Sims 4 Expansion Pack can be summed up as two stuff packs and a single game pack, baked into one package. These set you back $40 USD a piece – the same cost as the base game. Currently, there are nine expansions for The Sims 4. These are:

Each Game Pack for The Sims 4 costs $20 USD. These packs include additions like new careers, clothing, and entire new towns for you to play. Game Packs usually come themed, and basically include twice as much as the average Stuff Pack. There are currently eight-game packs. These are:

Stuff Packs for The Sims 4 are just modifications and tiny additions to the game. Many stuff packs actually require certain expansions and/or game packs before they work the way they have been intended to. This means that if you have not been diligent with your Expansion and Game Pack Collecting, you might have to work some finesse into purchasing the Stuff Packs that will work for your game. Stuff Packs cost $10 USD per pack. There are 16 of them. They are:

An easy argument to make to offset the cost for The Sims 4 is how you only really spend a little more than $100 USD per year on the game. This is fair, considering the cost of a multiplayer game being double that. Another argument is that you can always just pick and choose what you want to have in your game. There is nothing wrong with choosing add-ons according to what you like and how you want to play, especially considering you may likely never even want to download optional things from community websites. If you do want to download a certain mode, or fan-created item, however, you will have to be very careful to make sure it does not require a pack you might be missing.

Another thing to keep in mind is that, while Electronic Arts games hardly ever go on [good] sales, The Sims 4 and its various Game-, Stuff-, and Expansion Packs often do go on sale. These sales often exceed more than 20% off on a per-item basis, which means you will end up saving a lot if you just play your cards right. Even then, however, with everything discounted 20%, you will still spend a tonne of cash. All because Electronic Arts would rather sell their product in bits than give you a fully fleshed out experience from the get-go.

For argument’s sake, let us say there is a particularly lucrative sale going on. Electronic Arts are hosting a hypothetical sale where every single item is 30% off, and you want to make sure you get everything on offer before it is too late. That means you will still be paying $515 USD for the entire The Sims 4 experience! I do not know about you, but $500 for a six-year-old game is a bit much.

The egregious cost of owning and playing The Sims 4 is terrible, and I am honestly surprised this is not being discussed in more detail elsewhere. Sure, finding these prices out one-by-one can be done, but it is only thanks to the recent move to Steam, and the storefront’s very clear policy on listing every cent add-ons will cost players, that this has come to my attention! Now that you know it costs $735 USD for the “entire” game, do you think it is worth it?