Each and every gamer has seen a myriad of pictures of this famous Dutch model. In fact, most gamers have actually played as a character that features his direct likeness. Yet most people are oblivious to the fact that Mark Vanderloo is the mold from which Electronic Arts and BioWare’s beloved Mass Effect protagonist has been cast. Mark Vanderloo is none other than Commander John Shepard.

Vanderloo, the first Vamers Venator, is most well known for his continued role as ‘the face’ of Hugo Boss. Before he became a supermodel, however, he used to tend a bar near his Dutch hometown of Waddinxveen while attending the University of Amsterdam to study history.

The suave 6’2″ blue eyed stud’s modelling career began at the tender age of 22 when, by happenstance, he landed a national commercial for Holland’s dairy board by attending a photoshoot meant for his girlfriend of the time. After rising to ‘billboardom’ in his hative country, Vanderloo was immediately signed to one of the most prestigious modelling organisations in the world, Wilhelmina Models in New York. 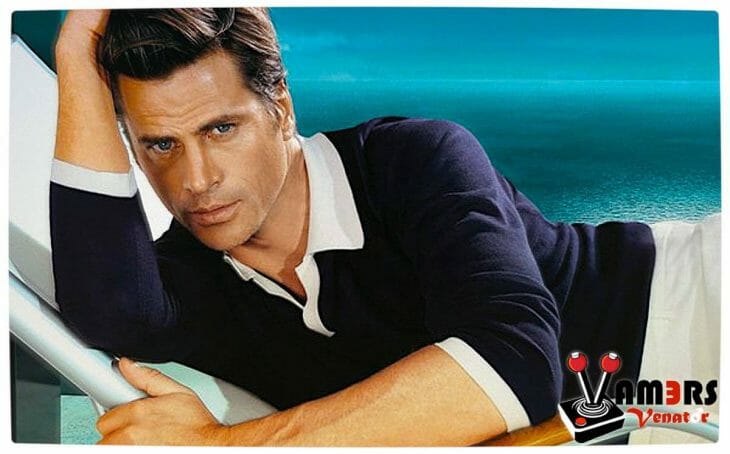 Vanderloo has worked for notable fashion houses such as Calvin Klein, Valentino, Armani, Donna Karan, Valentino and Guess. Interestingly and unlike most other models, Vanderloo has not shown much interest in branching out into other aspects of the entertainment industry, such as acting. Instead, he appears to focus largely on his ‘look’ lending only his likeness to advertising campaigns and, in the case of Mass Effect, video games. That is not to say that Vanderloo has not dabbled in some of the other creative arts (see the video below), but rather that he is aware of his strengths and weaknesses – unlike 95% of Idols contestants.

Preserving the true likeness of Commander Shepard during the video game to movie adaptation of Mass Effect would be fantastic, but only if Mark Vanderloo can act well. Choosing Yvonne Strahovski to reprise her role as Miranda Lawson, for example, is an absolute no-brainer for the movie.

If you had a choice, which actor would you choose to portray Commander Shepard in a Mass Effect movie? Let us know in the comments below.

Marcus ‘Mark’ Vanderloo (born 24 April 1968) is a Dutch model. Vanderloo hails from the small town of Waddinxveen in the Netherlands. He is married to model Robine van der Meer and has fathered two children, a daughter and a son. He speaks five languages fluently and has lived in Kenya, Milan, New York and Paris. Vanderloo is signed to Wilhelmina Models in New York City and has been the primary model for Hugo Boss ‘black-and-white’ print advertisements and billboards since 2005. He has also worked for Calvin Klein, Valentino, Armani, Banana Republic, Donna Karan, Valentino, Trussardi and Guess. Vanderloo is also the default playable character ‘skin’ in the Mass Effect series of games from Electronic Arts and BioWare for PC, Xbox 360 and PlayStation 3.