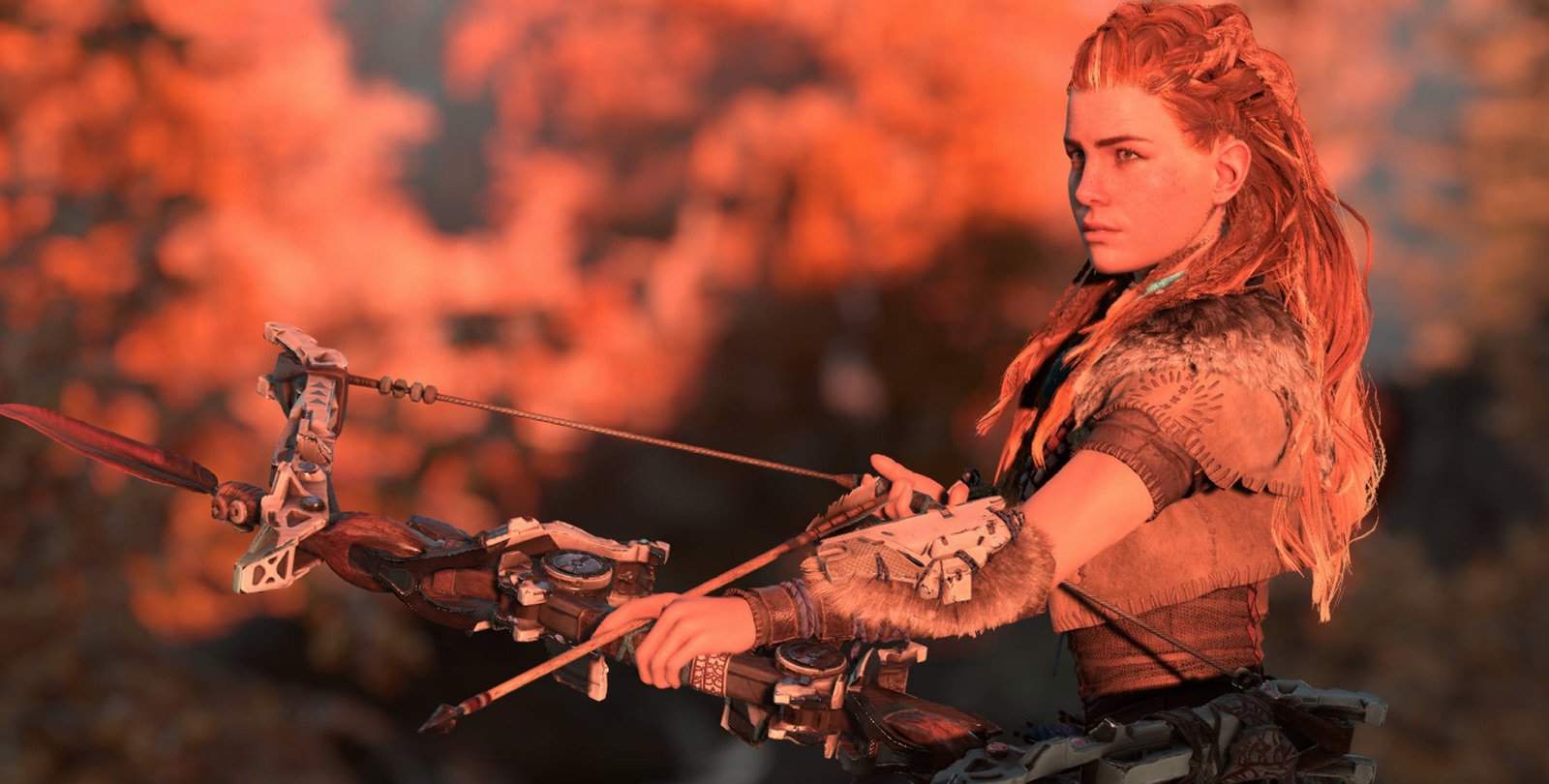 Horizon Zero Dawn was perhaps the only game that I really took proper notice of at Sony’s E3 conference last year, and for good reason: the game looked amazing. This year, however, it is safe to say that the Horizon Zero Dawn gameplay showcased at E3 2016 has cemented my opinion of the game.

During Sony’s E3 2016 conference, we were given a healthy dosage of amazing new gameplay from the on-stage demo of Horizon Zero Dawn. Developer Guerrilla Games, known best for their wonderful work on the Killzone series, is behind the game and it really looks stunning.

The Horizon Zero Dawn gameplay reveal showed that the game is, indeed, an open world adventure with a very large and expansive map, which was viewed when the player pulled the world map onscreen. The demo only showed a small portion of the map, a small section between two mountains, that had some interesting looking “dinosaur robots” waiting to pounce on the main character. The 2015 reveal of Horizon Zero Dawn showed these massive robot dinosaurs, but the new demo revealed that they are “natural occurrences”.

The protagonist is named Aloy, a red-haired warrior armed primarily with a bow. The gameplay reveal showed her using some abilities, like lobbing grenades using a slingshot, that fits nicely into the pseudo-primitive future world.

Just like last year, she takes on another robot dinosaur in this gameplay demo, though this one is markedly smaller than before.  After wrangling it, proving that she is a capable red-haired badass, she mounts the dinosaur and rides it into the sunset. Then, out of the blue, she comes face to face with a deadly ‘unknown’ robot that is threatening a nearby village. Judging by the dialogue in the demo, this must all be taking place very early in the game. Aloy then uses a bevy of interesting abilities to take down the enemy robot, called a ‘Corruptor’, and exclaims that this machine is far older than any other that she has encountered. The Horizon Zero Dawn gameplay demo then ends, leaving the audience wanting for more.

The more that I see from Horizon Zero Dawn, the more excited I get for the game. It is due for release on 28 February 2017, exclusive to PlayStation 4.