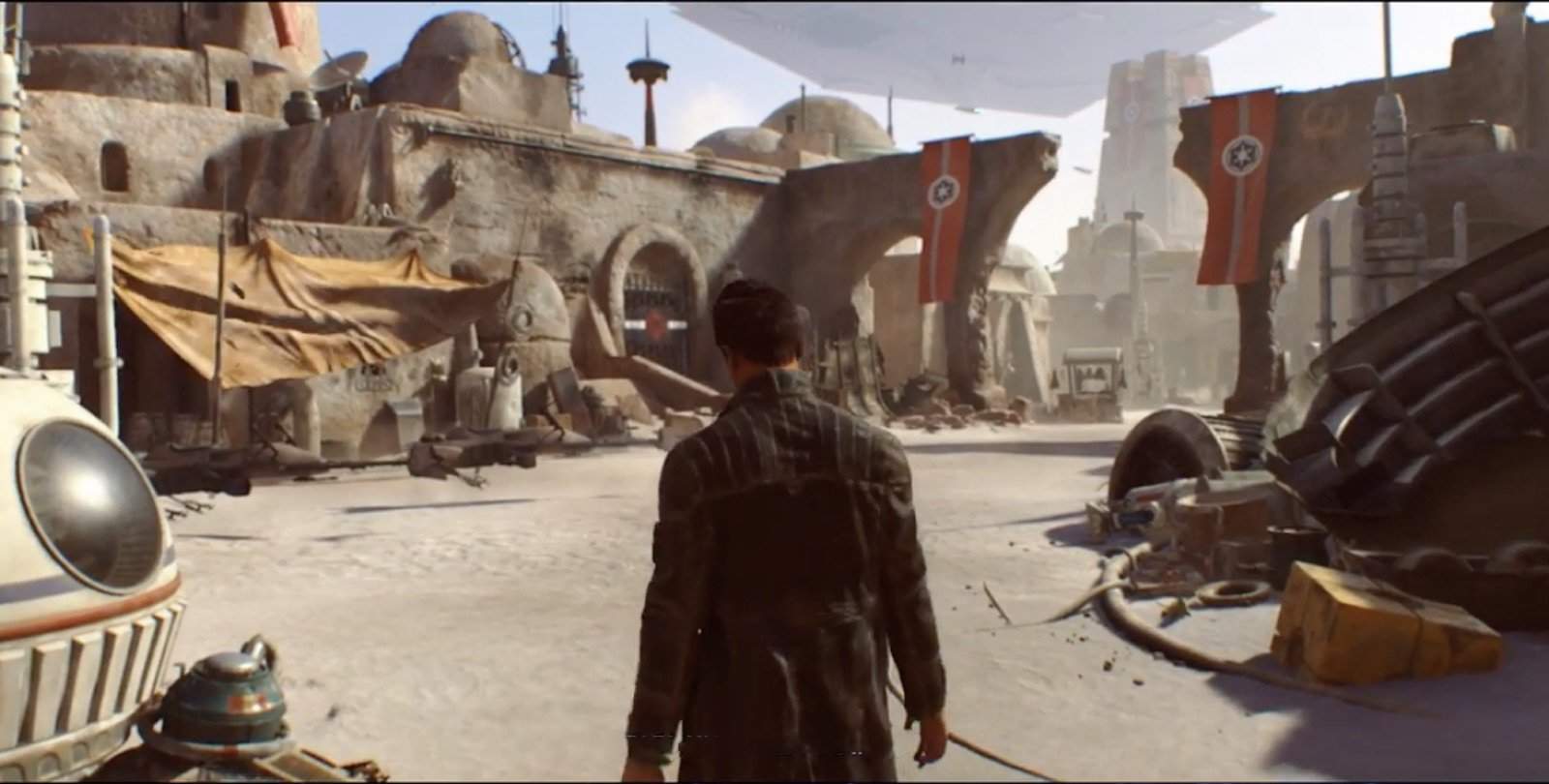 After the success of Star Wars Battlefront, there is no doubt that Electronic Arts (EA) is well seated on the Star Wars bandwagon. The announcement of new games set in the Star Wars universe was what I was most excited about, more so than seeing more of Mass Effect Andromeda. Sadly, EA disappointed in this regard with minimal news about the future of Star Wars games.

A mere three and a half minute video was dedicated to Star Wars games within EA’s hour long conference: the crux of which relayed what EA has planned for Star Wars over the next three years.

To summarise: DICE and Motive are working on a new Star Wars Battlefront for 2017, one that will have more locations, characters and even eras of play. EA is drawing from all of its studios, as well as other industries, for new gameplay ideas that are faithful to the source material. Respawn, the folks behind Titanfall, are actively working on a third-person action-adventure game from a “different era” of Star Wars – presumably one that has not yet received a game. Lastly, there was a ‘blink and you will miss it’ 10 second snip of footage from a third-person action-adventure title being developed under the guise of Amy Hennig (Uncharted series) and Visceral, which is coming in 2018. Hennig’s new game is the one I am most excited for.