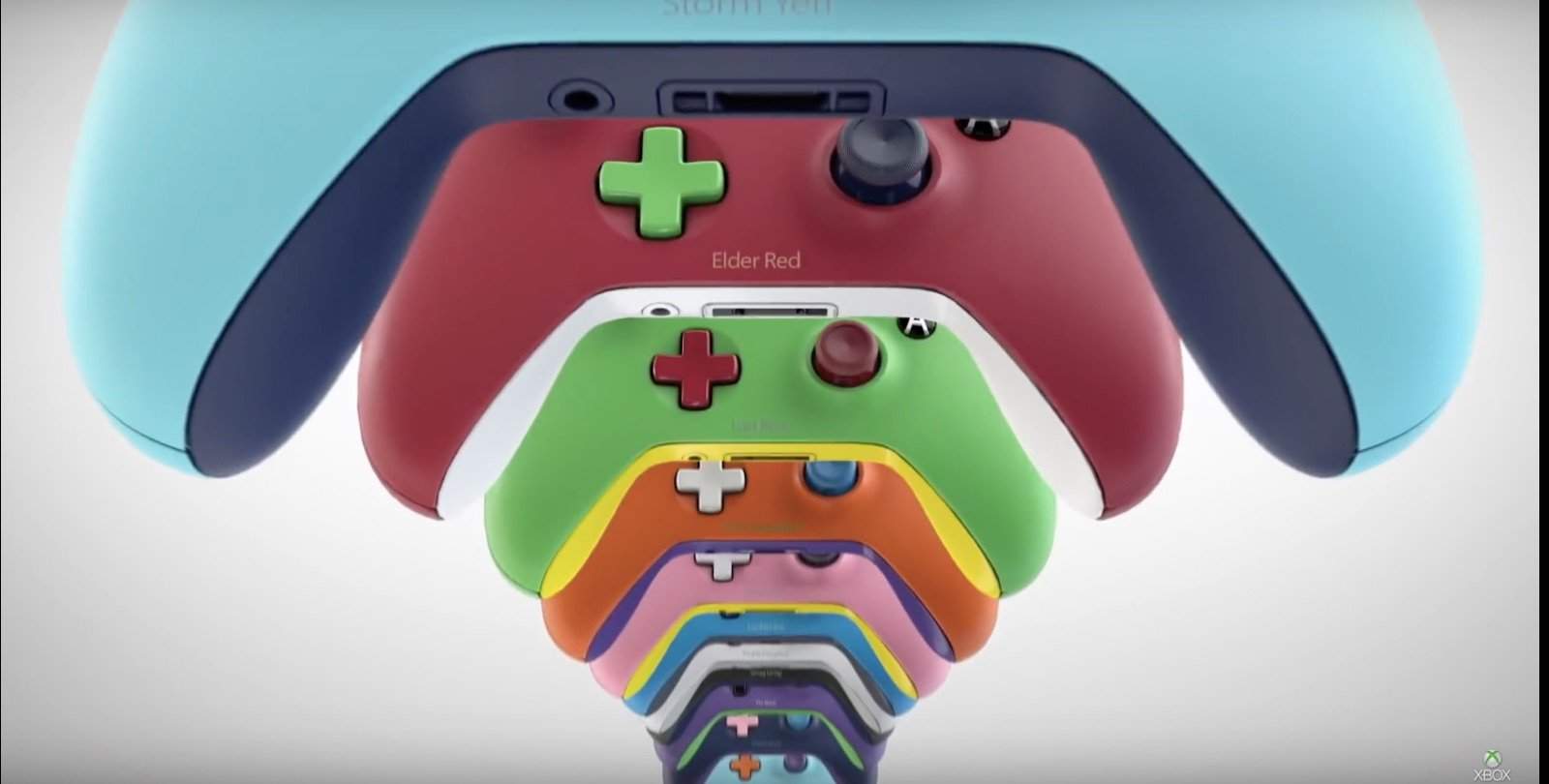 No two people are the same. We are all unique, in our own way, and we all exhibit differing likes and dislikes. Variety, as they say, is often called the “spice of life”. It is one of the reasons why console manufacturers often create unique and special edition consoles and accessories. Microsoft  understand this trend and have announced the Xbox Design Lab.

The Xbox Design Lab is the first official online customisation program that the Microsoft has ever launched. For now, the program only allows users to customise the Xbox Wireless Controller, but that customisation offers more than 8 million different color combinations to choose from.

All Xbox Design Lab controllers are made by Microsoft, therefore they are all of a very high standard. Each controller is “made to order” and allows users to customise the controller body, back case, D-pad, bumpers, triggers, thumb sticks, and even the ABXY, View, and Menu buttons with various colour options. The service even allows a 16-character laser engraving option, for that extra personal touch.

The service will also have a community element to it whereby users can explore existing designs that have been shared by other Xbox fans in the Community Gallery. Designs may serve as inspiration for new designs and users may save their own designs, after logging in with their Xbox Live user details, to the gallery or share them directly via email, Facebook, Twitter, Xbox Activity Feed, and Pinterest.

All of the Xbox Design Lab controllers feature all the improvements that are present in the Xbox Wireless Controller that comes with the Xbox One S, and includes enhanced comfort and feel with a textured grip, improved wireless range, and Bluetooth technology for easier wireless connectivity to Windows 10 PC devices (also compatible with the original Xbox One).

The Xbox Design Lab is now open for orders in the U.S., Canada, and Puerto Rico. Each controller will cost $79.99 USD / $99.99 CAD, and laser engraving is optional for an additional $9.99 USD / $14.99 CAD. For orders placed between now and August, delivery will begin in early September; all other orders will be delivered within 14 business days. Additional markets will be added to the Xbox Design Lab in 2017.