A brand new action packed trailer for LEGO Marvel Super Heroes was released by TT Games on Wednesday at Gamescom and features a myriad of super heroes and villains duking it out for ultimate supremacy.

The trailer begins with Dr. Doom gathering together a host of Marvel’s villains, including Dr. Ock, Magneto and Loki, who are tasked with seeking out the shattered pieces of Silver Surfer’s surfboard in order to power “Dr. Doom’s Doomray of… Doom”!

Players will take control of Marvel’s heroes, including Iron Man, Spider-Man, the Hulk, Captain America, Wolverine and many more (the game boasts 100 playable characters) to chase down cosmic bricks, fight  baddies and complete side-missions in their quest to save the Earth from total annihilation. Make sure to watch the trailer embedded below all the way to the end for a peek at a true Marvel super villain. 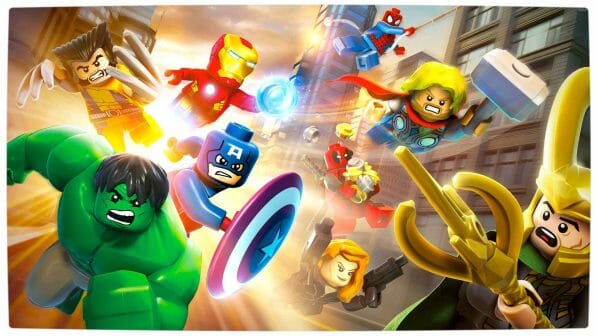 LEGO Marvel Super Heroes will also take players through memorable location such as Lego Manhattan, the Stark Tower, Asteroid M, the X-Mansion and a variety of other Marvel landmarks.

As always, the trademark LEGO charm, punny humour and light-hearted tone that has been made popular in previous LEGO branded games – like those based on the world’s of Star Wars, Harry Potter, The Lord of the Rings and many more – is present in the new game and can be seen in the great new trailer below.