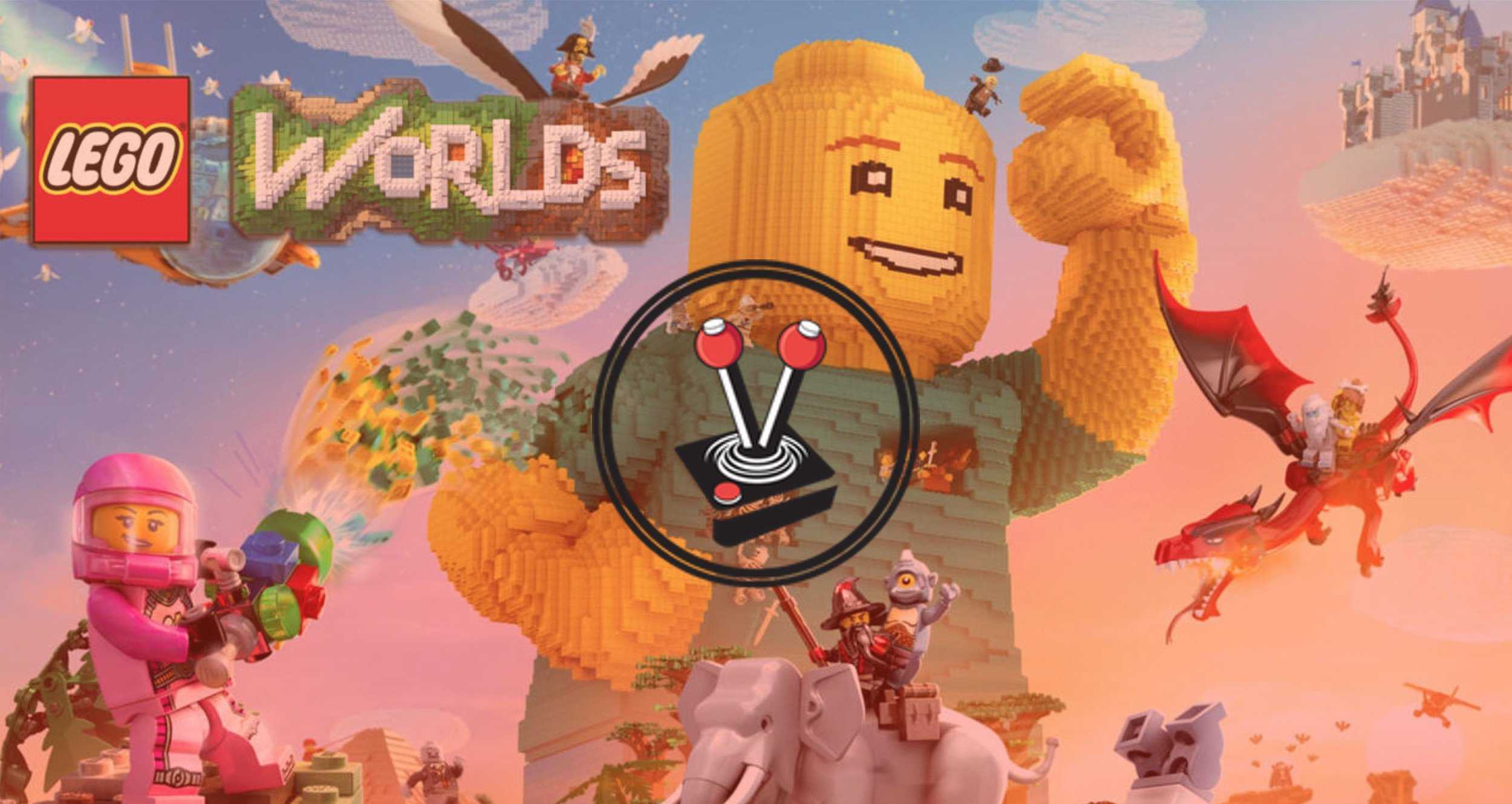 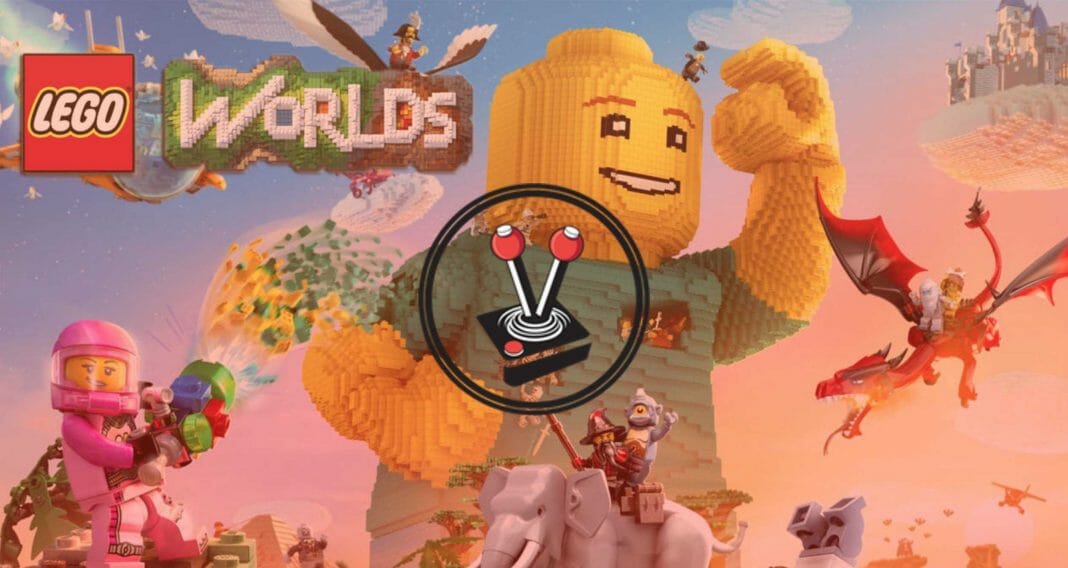 LEGO Worlds seems like a perfect Minecraft clone. It offers an endless amount of creativity and a vast open plane for you to create almost anything you wish. The game’s similarity to Mincecraft, however, also means that it offers very little else.

Any long-time reader will know that I am not a big fan of TT Games’ large portfolio of LEGO games. With that said, LEGO Worlds was a pleasant surprise. From the very first moment I booted the game up and entered the game’s first world, I felt like this is a game I could get creatively lost in. I made it quite clear in my First Impressions article that LEGO World’s is the first LEGO game that I have actually enjoyed playing, and for good reason.

LEGO Worlds is Warner Bros. Interactive Entertainment and TT Games’ first foray into the huge cash-cow that is the ‘world building genre’ of gaming. This is no small feat either, as the game is entering a genre that is dominated by Minecraft – the reference point for all world building games. Despite this, it is a genre that is perfectly suited to LEGO. After all, physical LEGO bricks and sets offer the same levels of unlimited design and creativity. As such, LEGO Worlds has adopted something of a ‘better late than never’ mentality. Thankfully, the game is quite decent and offers a few things that are new to the ‘world building’ category that I have not seen before.

Right off the bat, I have to say that LEGO Worlds surprised me with its sheer “openness”. For so long, I have become used to LEGO games being closed and linear sandboxes that are themed after popular franchises. Although these ‘traditional’ LEGO games are loved by many — I mean, who does not enjoy replaying their favourite blockbuster in spectacular LEGO form? – the problem is how the franchises limit the ‘unlimited’ nature and potential that LEGO is most well known for. Thankfully, LEGO Worlds has finally broken away from that stale mold.

The game offers open worlds where players can go crazy and build whatever they want. For the most part, the game is only limited by your imagination. The game also makes it very easy for you to develop whatever you would like to, by giving you a huge gun that can suck up already-built structures. This then allows you to plop them down for later use as starting points for newer and more elaborate redesigns. 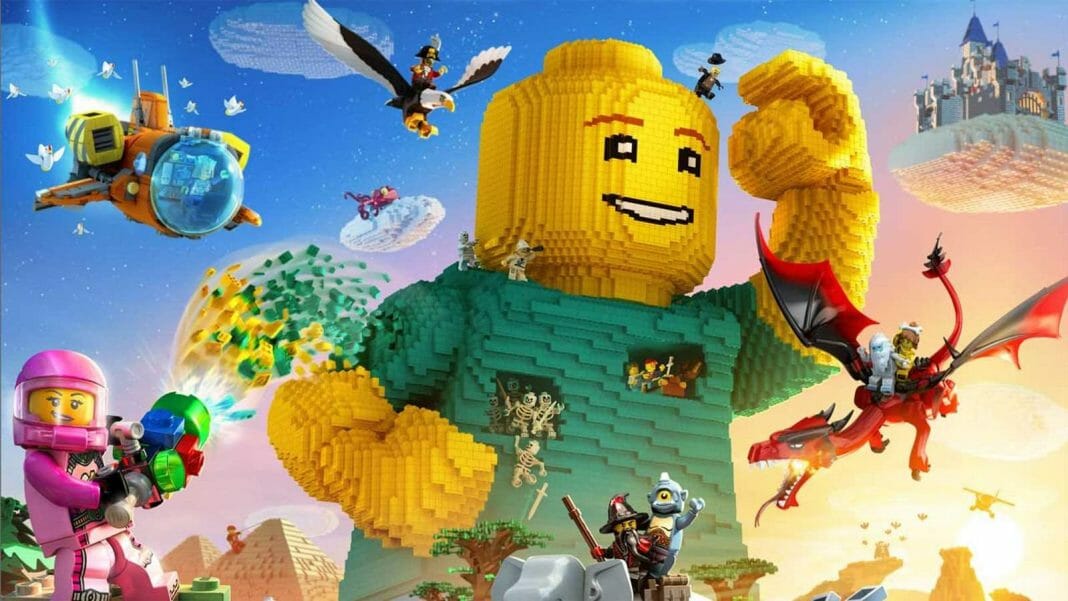 At the start of LEGO Worlds, the game throws you into a little cutscene that serves as an explanation of why everything is as “deconstructed” as it is. Thereafter, players are guided through a series of tasks that range from the menial ‘tutorial’ type levels through to big open and creative LEGO experiences. I mentioned in my first impressions with the game that it feels like there is little to no story, and that remained largely the same throughout the rest of my time with the game. Essentially you play as a LEGO figurine that crash lands in one of many biomes. It is here that it becomes clear that you simply want to become a Master Builder.

More than just a clone

I have to admit that when I first started playing LEGO Worlds, I felt a bit confused at first. I did not know how to approach the game. Going into it, I knew that it would probably be a Minecraft clone. I could not have been more wrong.

As I carried on from the first world to the next, and so on, I slowly built up a massive library of creations that I could use as I saw fit. The one great thing about LEGO Worlds is that it gives you a number of tools, all of which can help you be incredibly creative. All tools are introduced in such a way that makes it easy to learn and to remember. This is in stark contrast to Minecraft, which pretty much just leaves you to fend for yourself. 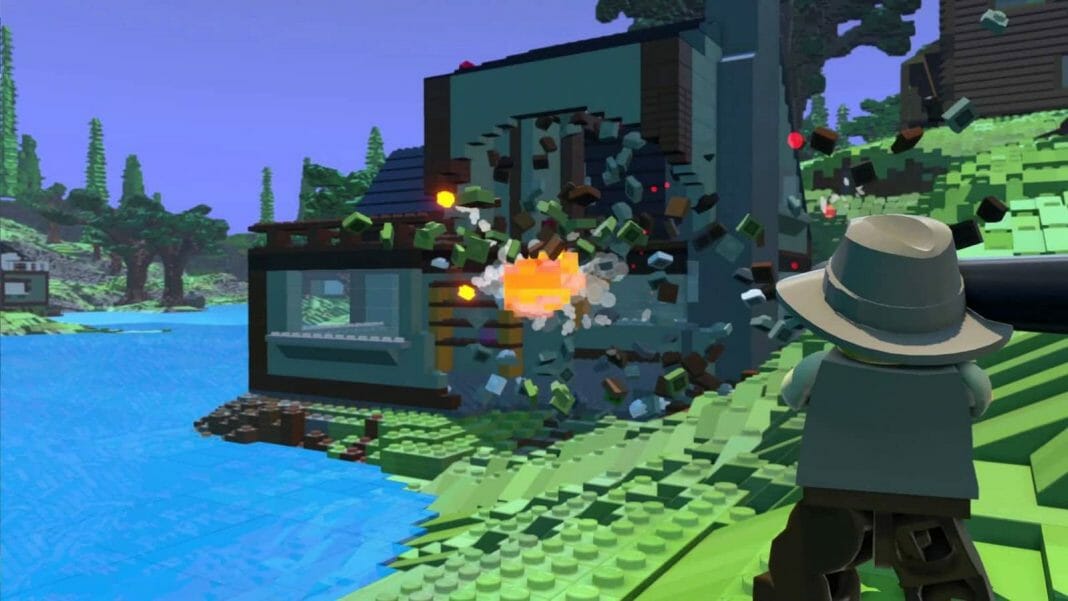 Perhaps the biggest difference between LEGO Worlds and Minecraft is that the latter exists in one massive procedurally generated landmass. LEGO Worlds, on the other hand, is split into different biomes. Each biome has its own little nuances that keep the gameplay fresh. It is one of the best aspects of the game. With that said, I can see that this would become a hindrance to players who simply want to create huge, sprawling creations. In my time with the game, I figured out that the biomes were all based on other LEGO games, but only in the most basic of terms.

My biggest gripe with the game and its small biomes is that the camera kind of had a mind of its own. Not only is it hard to get it positioned correctly, but it also seems to “correct” itself in the worst possible ways. I found myself rotating and zooming much more than I should have.

Another major issue is that the game crashes… a lot. In my first impressions article, I mentioned that it crashed three times within the first few ours of gameplay. After that, however, I simply lost count of the number of times the game crashed. Fortunately, none of those crashes resulted in lost progress. Nevertheless, it was incredibly annoying.

Two additional bugs that I found increasingly frustrating would result in animals always getting trapped in the scenery, and issues with scanning creations that I had built. 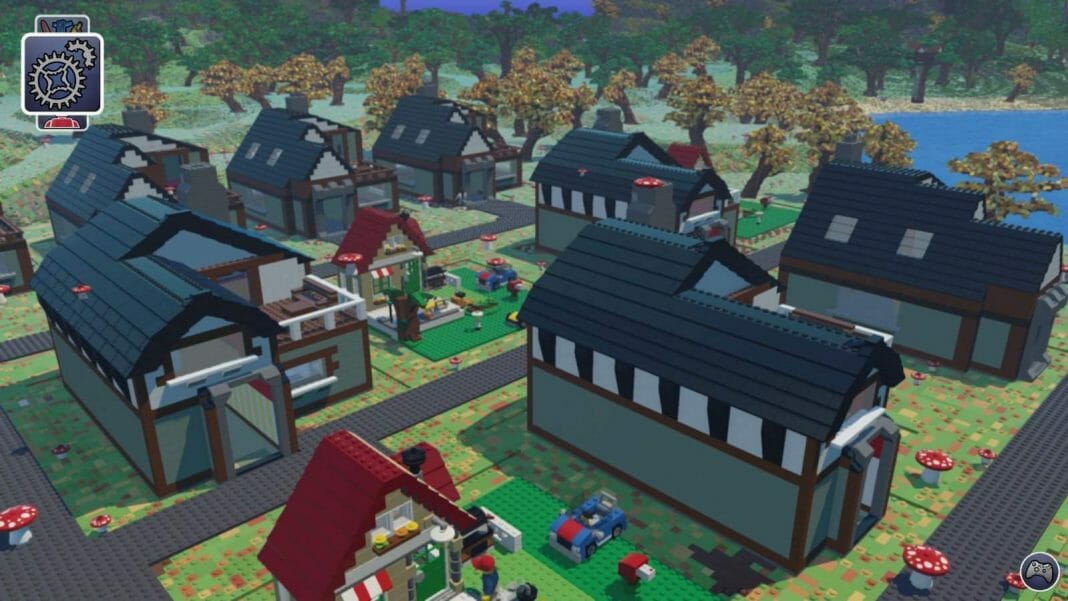 In all honesty, these are small and simple issues that should have been picked up in the testing phase of the game before release. I am sure that these problems will eventually be patched out, but they are small enough to still be distracting.

Other than the few times that the game crashed on me, it really does offer quite a pleasant gaming experience. The game is very smooth, for example, from a framerate perspective. Granted I am not very sensitive to framerate dips, unless they are extreme. As such, I never really noticed any dipping unless it came to actual loading. On that note, I must also express how much I love the game’s speed when it loads. I hate loading in games, and LEGO Worlds managed to keep loading to a bear minimum.

LEGO at its best

LEGO Worlds is perhaps the most enjoyable LEGO experience that I have had in recent memory. As a fan of Minecraft, I approached the game very cautiously and was pleasantly surprised. There are, after all, so many bad Minecraft clones out there. With that said, LEGO Worlds is still just another LEGO game.

Although you can create pretty much whatever you want, this is still a LEGO game at its core. Therefore, it has the same kind of visuals and play mechanics as all of the other LEGO games out there. If you like that, and you enjoy open world building games like Minecraft, then this game is probably for you. For me, the near endless creativity is the only ‘original’ aspect to the game – it is also its best trait. Alas, the smaller biomes mean that limits to creativity will eventually be reached and boredom will inevitably ensue.

LEGO Worlds is an enjoyable experience that falls short thanks to its constant crashing, annoying bugs and creation limiting biomes. It looks very good and plays even better – if you can get past that damn camera. I had fun playing the game, and I had a great time making my own LEGO based creations within the game… until the boredom set in.