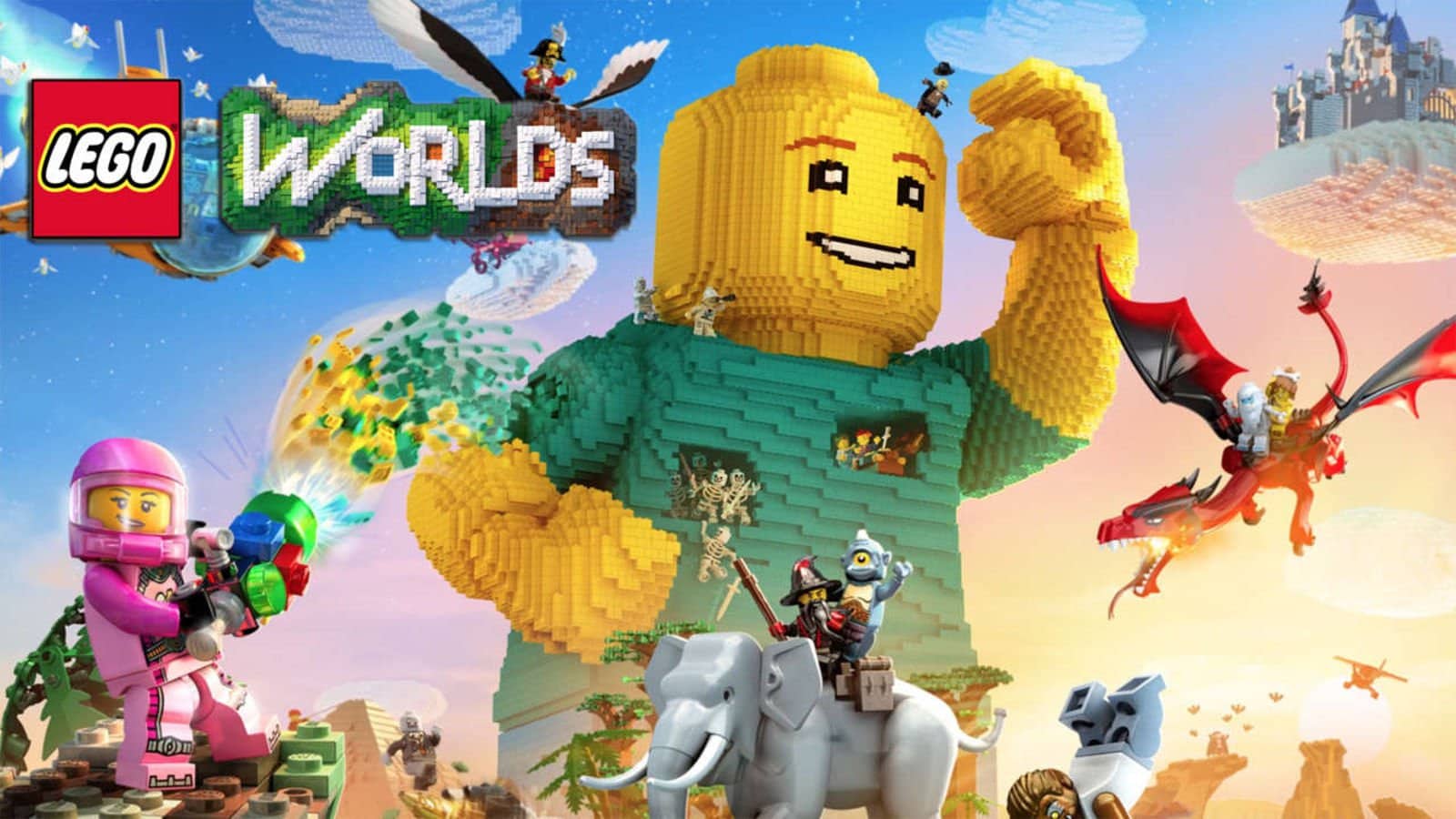 I have a confession to make: I am not a fan of LEGO games. From the first time that I played the demo of LEGO Indiana Jones to that time when I finished LEGO Star Wars Episode IV: A New Hope; I just felt like these games were trying to fill a gap in the market that I never thought needed filling. Most of the time the LEGO games are based on super popular franchises such as Star Wars, Indiana Jones, Harry Potter and even the Marvel Cinematic Universe. Ultimately, these are games for children. Kids games with puzzle-platforming elements and sort-of-serious stories. Perhaps my lack of enthusiasm for these games is because they are not meant for the adult that I have become?

The realisation that I am an adult now put aside, I have always been a big fan of Notches’ Minecraft (now owned by Microsoft). Hence why my childlike interest was once again piqued with LEGO World’s.

For the longest time, the LEGO brand has relied exclusively on known brands and licenses. Now, however, LEGO Worlds is a brand new original LEGO game. To put it simply, LEGO World’s is a sandbox game that takes place in the LEGO universe. Players can create anything they like using LEGO bricks. The only limit is a person’s imagination. Does this sound familiar? It should, since the game was clearly inspired by Minecraft.

Minecraft has been around for a while now. My initial reaction upon booting up LEGO Worlds is that this is just another Minecraft clone… or is it? Let us see just how wrong or right I really am.

LEGO games are small. Super small, in fact. The installation went as fast as it took me to drive from the Vamers Studio back home (which is not long). Starting it up went just as fast. However, this felt kind of weird. I have never played a LEGO game on console before, so I did not know what to expect. I imagined that there would be an overly dramatic intro (going by my experience of the LEGO Star Wars games), and some form of comedic relief thrown in for good measure. I was 50% right.

Upon loading LEGO Worlds up, the game greets players with a nice tune and a welcoming start screen. Starting a new game, however, thrusts players into an overly dramatic cut scene, but one that was not as bad as I thought it would be. All it did was set the scene by explaining how everything became a jumbled mess on the small little planet that I have crash landed on.

The cut scene lasted around two minutes before I could get right into the game and play. Interestingly, it appears as if the game loads whilst the cut scene is playing, resulting in a smooth and welcome transition – no one likes loading screens. It was nice to have a LEGO game not load on me for a change.

I have spent just over six hours with the game, and the best thing I can say is that it is a nice time ‘occupier’ (not ‘waste’, since playing games is never a waste of time). It is fun to run around, scan already built things, and then plopping down my own creations. That is about all there is to do, to be honest.

I really do not have anything bad to say about LEGO Worlds, except that the game is nothing more than a creative way to occupy your time. However nice it may be, I almost feel like there is no end-game… much like in Minecraft. Unlike Minecraft, however, is LEGO Worlds’ Discovery Mode. This is how you discover builds that have already been built. By utilising this mode, the player can then build those things anywhere they see fit. This is definitely the game’s primary driving force.

LEGO Worlds is a buttery smooth game. That is if you do not count the three times my game crashed on me in the short time that I played. Fortunately, only the first time resulted in me having to start over, the other two times I could restart the game and pick up right where I left off. Even with the three crashes, the game really feels like it was at least waxed, polished, and ready for release long before release date. That is more than I can say for another game I am currently playing (*cough* Mass Effect Andromeda *cough*).

The thing about LEGO Worlds is, at the very least, that I still want to continue playing it. That is more than I can say about any other LEGO game that I have played in the last decade. The few hours I have had with it so far, have gone by really fast, and as they say: “time flies when you’re having fun”. It really is not just another Minecraft clone, and for that, I am super grateful.